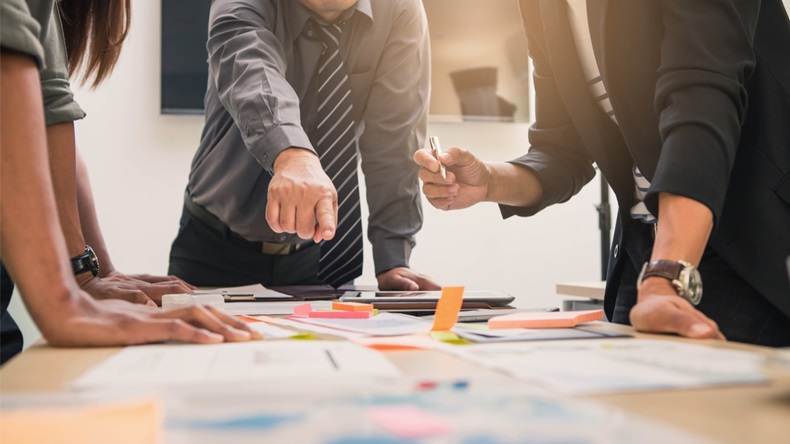 The European Commission says it is working on stakeholder responses to its proposed EU pharmaceutical strategy and expects to publish a communication by the end of the year outlining the main legislative and other actions that will be taken under the strategy.

A whole range of areas are being addressed in the commission's strategy, including how to balance incentives for innovation against the need to preserve competition, Europe’s growing dependency on third countries for active pharmaceutical ingredients (APIs), security of the supply chain, medicines shortages, affordability, sustainability of health systems, the use of real world evidence, and digital transformation.

Intended to “future-proof” the EU against challenges in these areas, the strategy will take “a holistic approach across policies” and will need to take account of research, competition policy, and industrial policy, according to Olga Solomon, head of the medicines policy, authorization and monitoring unit at the commission's health directorate.

“We also need to think of a smart system of incentives to allow for innovation but also a fair and competitive environment,” Solomon told a session of the virtual annual conference of The Organization for Regulatory Affairs Professionals (TOPRA) on 5 October.

"We will see how big data and real world evidence can be optimized and used to support the development, authorization and monitoring of medicines" – Olga Solomon, European Commission

The strategy will also address digital transformation, which she said would “affect the whole lifecycle of medicines. We will have new products coming from digital advances, already we have combination medicines with devices or software.”

Digital transformation would also affect processes in business and in the regulatory environment, while new tools like AI and modeling would accelerate the development of medicines, Solomon noted. “We will also see how big data and real world evidence can be optimized and used to support the development, authorization and monitoring of medicines."

The question, she said, was whether the EU framework was ready to keep up with these developments, not just in the next three or five years but “in the next 10 or 20.” The EU needs the right infrastructure, expertise and centers of excellence, she noted. "Industry is investing in that, but also the regulators need to look critically at our capacity.” Turning the EU into a global innovation hub was “a big challenge but also an opportunity.”

The commission's communication later this year will include a "plan for actions and some breakthrough initiatives," she said. It will propose both legislative and non-legislative measures that “will not be precisely defined” – but will "just give an orientation on actions for the future.” There will be short, medium and long-term actions, and the “delivery of the whole pharmaceutical strategy and action plan will be rolled out within the next three or four years,” Solomon said.

The strategy is now being finalized and “we expect it to be adopted by the Council [representing EU member states] by the end of the year," she noted. "Then we will start the most important phase of the strategy, which will be implementation between 2021 and 2023.”

The strategy, which has been under development for some time, builds on a series of council conclusions and European Parliament resolutions starting in 2016.

Solomon said the commission began designing the strategy to address a number of structural shortcomings but also to make the most of the opportunities. She noted that the arrival of COVID-19 threw these issues into starker relief and that lessons learned would be incorporated into the strategy.

“In the middle of designing the future pharmaceutical strategy we had COVID-19 hitting us. That was a kind of reality test, and we are still learning from COVID-19,” she declared. These lessons will be “integrated into the design and philosophy of the strategy. It will be about resilience and crisis but also about creating a system that will be future proof, ensuring accessibility and affordability of medicines, and supporting sustainable innovation.”

“What we learned from COVID-19 was not entirely new but it highlighted issues that had been identified before," Solomon said. "We learned that we need crisis management and preparedness that probably need to be more coordinated and stronger, [and] it highlighted our dependency on third countries especially for APIs, and the issue of shortages.”

The pandemic also underlined the need for innovation which was “essential in times of crisis where we need the development of therapeutics and vaccines quickly while at same time keeping safety and efficacy standards.”

So far this year, two consultations and a workshop have been held to gauge stakeholder views on what actions should be prioritized in the strategy.

The first consultation was on the “roadmap” for the strategy that was published in June. (Also see "EU Unveils Ambitions To ‘Future-Proof’ Entire Drug Regulatory Framework" - Pink Sheet, 3 Jun, 2020.) This drew “a very good response” from the likes of civil society organizations, researchers and academia, EU citizens, public authorities, health care professionals “and of course industry,” according to the commission official.

“A common view was that we need to have support for R&D in EU but also collaboration between industry, academia, NGOs, patients and regulators. We also need a system that is more focused on patient needs, and we need to address issues of shortages and availability and security of supply.”

Some other stakeholders emphasized the need for innovation, not just novel medicines but also the repurposing of older medicines, as well as the need for a stable regulatory environment and incentives that reward innovation.

“But we also had many stakeholders emphasizing the need to reward research driven by needs, rather than only the market," as well as asking "how we can create a reward and incentives system without compromising competition,” she said.

The pharmaceutical industry responses stressed the need for strong protection for innovation through patents and supplementary protection certificates, greater use of real world evidence in clinical development, and the need for a European Health Data Space.

Public authorities put the emphasis on measures to prevent and monitor medicine shortages, to support access to medicines and to ensure the financial sustainability of health systems. Civil society bodies were keen to see more EU cooperation on assessing the value and cost effectiveness of medicines, on pricing and reimbursement, and on joint drug procurement. Health care stakeholders wanted to make sure that new or repurposed medicines were developed to meet unmet needs.

The second event was “a very successful workshop” held in July which showed general stakeholder support for the pharmaceutical strategy, with “some convergence but also differences in views,” Solomon noted. One key area of divergence was what was meant by “unmet medical need,” with many calling for a definition and a common understanding of the term.

The third step was an online consultation on specific questions, which closed on 15 September and saw an “overwhelming response” from across the stakeholder spectrum, including citizens, NGOs, academia and business, Solomon declared. “Representation from the public authorities was a bit less but this is not a surprise as we have had contacts with the member states in fora like the Pharmaceutical Committee.”