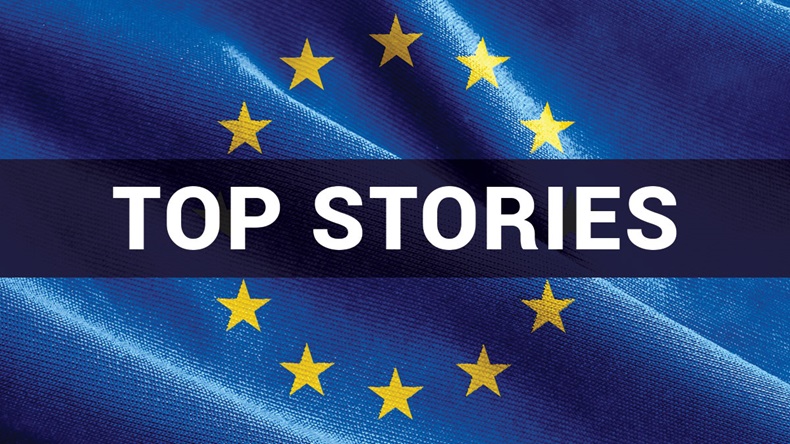 Given the size and breadth of the global Implant Files investigation, it is no surprise to see that the fourMedtech Insight articles on this topic were among the top 10, and three in the top 5, of EU regulatory pieces for November.

This, even though the International Consortium of Investigative Journalists, only first began publishing the series,which includes an onslaught of critical, and sometimes sensationalist pieces, about the device industry, on November 25. Since then, ICIJ's website has been populated with some 14 reports and four videos, on top of the dozens and dozens of pieces that have run in newspapers and TV networks around the world. Its based on the the work of some 250 journalists conducting a year-long investigation. And the ICIJ says, "Our reporting is not done yet" and, there are "plenty of questions that remain unanswered."

While many connected to the device and diagnostic industries are still digesting the full scope of the reporting before reacting publicly, Medtech Insight spoke to 10 key EU medtech opinion leaders, including representatives from law firms, industry, regulators, and notified bodies.

Among the issues where a lack of in-depth understanding was evident among the investigative journalists of the EU medtech regulatory system are a failure to adequately consider how the new EU regulations will – or have even started to – address many of the issues that were highlighted. Also, in the case of the BBC, whose Panorama program participated in the ICIJ effort, a failure to pick up on what, potentially, is the biggest threat to UK patients, at least – pulling out of Brexit and not being a party the updated version of the Eudamed medical device database.

Another piece,"The Implant Files: EU Blamed For Regulatory Inadequacies The World Over While 'Wrath'-Behrendt Fumes," looks at how the investigators are critical of the current EU directives, which they describe as "lax" and blame for irresponsible oversight in many countries throughout the world that rely on the EU CE mark. The journalists implied that the EU regulations, which have proved popular in many different markets – a point recently made by  European Commission spokesman Erik Hansson during an October talk in Brussels  at which several Implant Files journalists were present – have been impacting safety all over the world. The ICIJ pieces also argue that industry's intense lobbying to shape the new EU regulations resulted in tougher proposals being cast aside.

A BBC Panorama documentary, presented by Deborah Cohen of the British Medical Journal, then questioned how John Wilkinson, head of devices at the UK Medicines and Healthcare products Regulatory Agency and former chief executive at the main EU trade association, could be impartial in negotiating new regulations as the UK regulatory if he had previoulsy been a "cheerleader" for the industry and his "paycheck up until that point has been solely industry."

A separate piece  on the Implant Files, explains why the media adopt the tack they have with the material from their research, and argues that medical technology regulation has never been stronger. It counters that the ICIJ "picks on familiar territory" and on "issues that are no longer news and have been dealt with."

More articles are to follow soon, including potentially, a more in-depth interview with  MedTech Europe, and an article in the works by medtech regulatory veteran, Trevor Lewis.

With so much focus on the Implant Files, the topic of Brexit has seemed somewhat sidelined, but make no mistake – it has not gone away and was the subject of four popular articles posted in November.

It was certainly the focus of much attention at the ABHI regulatory meeting in mid-October, and our write-up, "Brexit + MDR Equals Little Certainty For UK And EU Medtech Groups," focused, among other things, on how the government and decision-makers have been slow to provide needed advice and information on how to navigate coming.

Also on the topic of Brexit,Medtech Insightreported on how the Nov. 14, 2018 EU/UK Draft Agreement on Brexit – now potentially facing oblivion in the murky waters of Brexit political uncertainty – could impact medtech, and notified bodies in particular. Notably, the draft agreement states: unless otherwise agreed, at the end of the transition period, the UK "shall cease to be entitled to access any network, any information system and any database established on the basis of Union law."

The industry said this document left many questions unanswered, with" MedTech Europe One Of 15 Orgs Telling Brexit Negotiators To Include Specific Health Measures."

On the topic of unanswered questions,Medtech Insight reported on the UK regulator, the MHRA, having, at last, answered its no-deal-Brexit-related queries. But the responses were generally brief and lacking in clarity.

Articles on the implementation of the medtech regulations are almost getting lost among the high-level investigations and political debate. But there was been some very significant news this month, with BSI getting designated against the current medical device directives in the Netherlands.

This is a very important development in the context of Brexit, especially if there is a no-deal Brexit and UK notified body certificates suddenly become null and void. The Dutch designation comes in time for BSI to be able to process certificates for all companies that wish to migrate their conformity assessment certificates from the UK to the Netherlands before the March 29, 2019, Brexit date.

But the focus of some negative attention on BSI in the context of the Implant Files could be concerning for the notified body, which is hoping to be designated against the new Medical Device and IVD Regulations either this month or in January.

Also on the topic of notified bodies, Fieldfisher lawyer Alison Dennis looks at time pressures for medtech companies in"Complying On Time With MDR/IVDR: What Options Are Open To Those In Trouble?" In this interview, Dennis explains that some companies may find themselves, for reasons including lack of notified body availability, unable to meet the legal requirements in enough time to keep their products on the market under the new regulations. She assesses what is available to manufacturers and looks at the difference between the extension and the grace periods included in the regulations.

Also popular in November was a piece looking at progress and challenges in completing and launching the new Eudamed database, "Commission's Go-Live Date For New Eudamed Medical Device Database: Will It Actually Be Met?"

The ten most popular European regulation and policy articles in Medtech Insight in November are listed in the table below.