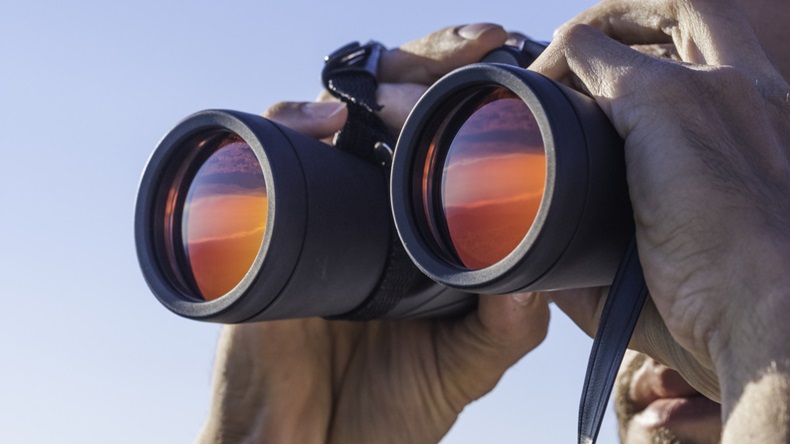 Cosmetics companies with EU interests could see movement by early 2019 on carcinogenic, mutagenic or reprotoxic substances and fragrance allergen labeling, according to European Commission experts.

The reps provided updates on cosmetics-relevant initiatives in a recent email exchange with Rose Sheet.

The EU is the world’s largest market for cosmetics and personal care, reaching €77.6bn in retail sales in 2017, according to trade group Cosmetics Europe.

At the same time, the bloc has a reputation for being more hazard-averse in its evolving chemical and product oversight programs compared with the US.

NGOs and some member state authorities have objected to the Commission’s interpretation of the CMR ban, arguing that the process it endorses runs counter to legislative intent and unnecessarily delays regulatory crackdowns on CMR substances.

One example of contention at the interface of two regulations is that surrounding substances flagged as carcinogenic, mutagenic or toxic to reproduction (CMR).

The Commission continues to hold discussions with member state authorities on the proper regulatory course forward regarding CMR substances, which get identified as such under the EU’s Classification, Labeling and Packaging regulation (No 1272/2008).

The Cosmetics Regulation (No 1223/2009) prohibits use of CMR substances unless they meet specified criteria, including a favorable safety decision from the Scientific Committee on Consumer Safety and data showing a lack of alternative ingredient options.

While the general ban is undisputed, questions have arisen as to whether its application is automatic from the instant of CMR listing or if specific acts are required to implement changes to relevant annexes in the Cosmetics Regulation, including that for prohibited ingredients, Annex II. (Also see "EC's Non-Automatic Ban Policy For CMRs In Cosmetics 'Plainly Illegal' – NGOs" - Rose Sheet, 16 Jan, 2018.)

The Commission maintains that the latter procedure is required to provide legal certainty and transparency to all stakeholders, ensuring both consumer protection and smooth functioning of the internal market. The executive body issued a draft omnibus act last year aimed at updating the Cosmetics Regulation’s annexes in light of CMR classifications as of Jan. 1, 2017.

NGOs led by BEUC, aka the European Consumer Organization, and some member state authorities have objected to the Commission’s interpretation of the ban, arguing that the process it endorses runs counter to legislative intent and unnecessarily delays regulatory crackdowns on CMR substances, prolonging the possibility of hazardous consumer exposures.

According to Commission experts, the omnibus proposal could be up for vote at the next meeting of its Standing Committee on Cosmetic Products, slated for October, provided that related discussions with member states have concluded by that time.

BEUC has suggested that the CMR automatic ban controversy could be taken to the European Court of Justice, which serves to interpret EU law and ensure its uniform application across member states. (Also see "Landmark EU Ruling: Animal-Tested Cosmetic Ingredients Not Banned Per Se" - Rose Sheet, 21 Sep, 2016.)

However, the Commission says no request has been submitted to date for an ECJ opinion.

Cosmetics Europe also is unaware of any related cases pending at the national level or before the EU’s highest court.

If and when the draft act is finalized and adopted, a number of cosmetic ingredients will be listed in the Cosmetics Regulation’s Annex II on the basis of their non-exempt CMR status, including preservatives formerly authorized for cosmetic use in Europe, namely quaternium-15, 2-chloracetamide and formaldehyde. (Also see "Cosmetic Preservatives Stand Better Chance In EU If CMR Bans Aren't 'Automatic'" - Rose Sheet, 23 Jan, 2018.)

Formaldehyde also will no longer be permitted at restricted levels in nail-hardening products.

Cosmetics Europe objected to formaldehyde’s prohibition in nail-hardening products in its July 2017 comments on the draft omnibus act, arguing that all CMR exemption criteria for the substance/application have been met.

The Commission maintains that industry has not demonstrated that no suitable alternative substances are available to perform the same function as formaldehyde in nail-hardening products.

According to Cosmetics Europe, roughly a dozen other ingredients destined for the Cosmetics Regulation’s prohibited substances annex due to CMR findings are no longer used by its members. The trade group therefore does not seek transition periods for bans on the ingredients.

The Personal Care Products Council’s cosmeticsinfo.org suggests that at least some of the cited CMR substances, including chloroacetamide and boric acid, may still be used by the wider cosmetics industry in the US, if not Europe.

Work On Fragrance Allergens Plods On

Fragrance allergens have been on the Commission’s radar for almost two decades since the 1999 outing of 26 ingredients with high allergenic potential, compliments of SCCS. That led to a 2003 regulation requiring their labeling on perfumes and fragranced consumer products that contain the substances at or above specified concentration thresholds.

In February 2014, the Commission proposed expanding the list of allergens that must be declared individually on product labeling – as opposed to being covered by the catch-all term “fragrance” – on the basis of another SCCS opinion identifying more than 100 aromatic chemicals and natural extracts as established or likely contact allergens. (Also see "EC Proposes Tighter Regulation Of Fragrance Allergens, Ban On Three" - Rose Sheet, 24 Feb, 2014.)

Since then, industry has activated to engage European regulators and other stakeholders in discussions aimed at characterizing and properly managing risks associated with fragrance allergens. (Also see "IFRA’s New Prez On Fragrance Transparency, The Science/Society ‘Interface’" - Rose Sheet, 13 Oct, 2016.)

The IDEA project, spearheaded by the International Fragrance Association, has the Commission’s endorsement as a framework to achieve those ends.

According to IdeaProject.info, “it is an opportunity to build partnerships between the international fragrance industry and its stakeholders to improve the risk assessment of those fragrance ingredients identified as allergens for better consumer protection.”

Refinement of industry’s dermal sensitization quantitative risk assessment (QRA) methodology is a cornerstone of the initiative, the site notes.

Commission experts suggest that the complexity of the fragrance allergens labeling issue is responsible for what some stakeholders view as legislative foot-dragging.

Intensive discussions on the subject will lay the groundwork for an impact assessment of various labeling options – for example on-pack versus online disclosure – which in turn will inform regulatory decision making, EU sources say.

To support the process, the Commission plans to organize a public consultation in late 2018 or early 2019.