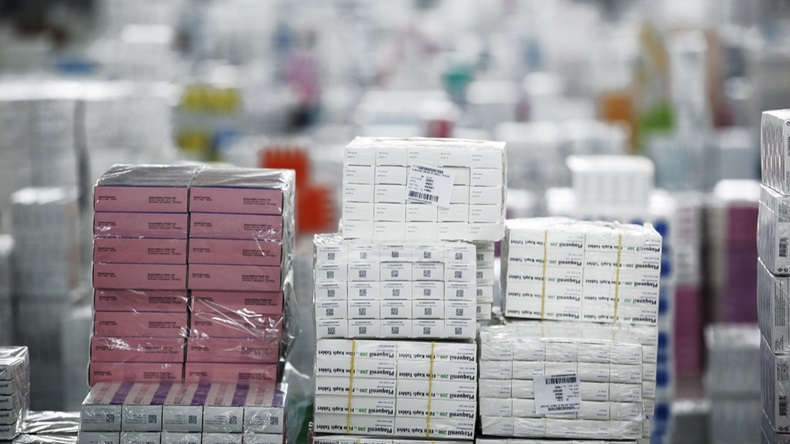 The fragmented way in which European countries went about tackling medicine supply problems during the coronavirus pandemic has revealed weaknesses in the supply chain and underlined the need for a more coordinated approach to future crises, involving industry, regulators, EU member states and other stakeholders.

Ensuring continuity of supply in Europe will not be achieved effectively unless there is a common definition of a shortage and if changes in demand patterns can be more accurately predicted so that companies know where and when to allocate the distribution of available medicines.

Digital technology could allow data to be collected and analyzed more effectively to determine the true nature of a shortage and whether it represented an actual threat to patient care.

Those were a few of the conclusions and recommendations from speakers at a 2 July session of the Drug Information Association’s Europe 2020 conference that looked at the way the EU dealt with drug supply in the first months of the pandemic, and at the steps that could be taken to ensure supply problems and shortages are dealt with more effectively in future.

“National reflexes to ensure the availability of medicines were counterproductive” – Nathalie Moll, EFPIA

One of the biggest issues during the peak of the pandemic period this year was that the member states acted on their own initiative to ensure they had enough supplies of medicines, particularly those used in intensive care units (ICUs) for ventilated COVID patients.

“National reflexes to ensure the availability of medicines were counterproductive” and showed that acting at the national level is not the best way to deal with a pandemic, said Nathalie Moll, director general of the European pharmaceutical industry federation, EFPIA.

“Uncoordinated surges of demand for medical goods and the absence of clear epidemiological information, combined with other national emergency measures, really exacerbated or in some cases even caused shortages of medicinal products,” Moll said. “We have to get better at coordinating patient needs and related demand.” COVID, she continued, had “painfully shown that collaboration is the only way to ensure that improvements can be made collectively.”

Adrian van den Hoven, who heads the generic and biosimilar drug industry body Medicines for Europe, was also critical of the EU response. “The breakdown of the internal market was a major blow to Europe,” he said. The closure of borders, which meant trucks took a long time to get to where they were going, was “a huge mistake. We can never do that again because we have a European manufacturing and distribution supply chain that must continue to flow,” he declared.

He said there was also a “major breakdown of European solidarity among the member states,” with some countries “deliberately” pursuing policies that were “against solidarity… there has to be a discussion and this needs to be solved by the member states – is it solidarity or is it everyone on their own?”

Moll said that the innovative pharma industry managed to avoid severe shortages “thanks to the very early activation on pandemic preparedness plans,” starting in December 2019. This was facilitated by very close dialogue with the European Commission and national agencies and “the regulatory flexibility that ensured continued and increased production, Moll said, adding that the commission also “used its diplomatic contacts to overcome export restrictions in and outside the EU.

However, she said it was difficult for companies to know where demand for specific medicines was likely to be because of the lack of reliable data. “We can very well imagine how difficult it is at member state level to understand medical needs. At the EU level the biggest challenge our members faced was… knowing what to send where and at what time. Demand was very high from many countries and it couldn’t really be interpreted because of a lack of data.”

Companies had to make very difficult decisions on where to allocate medicines without knowing what existing stocks there were in the member states, and what the medical needs were. Weekly calls with the regulators and the commission “helped a lot but didn’t resolve it for lot of individual products,” Moll said.

Industry managed to supply products in large quantities but “we can’t take responsibility for the lack of demand coordination,” the EFPIA director general noted. “Collectively we have reflected on this and… we are sure we are going to be better prepared next time – it is our duty to get better. We need to get organized now to prevent shortages in future.”

She also pointed out that it was important to have a single definition of a shortage that was shared by all the member states: “The EMA [European Medicines Agency] has its definition, the member states sometimes have different ones, and this doesn’t allow a coordinated response.”

"Two thirds of those reports were never even looked at by the regulatory agencies, and not a single one led to a patient-critical shortage” – Adrian van den Hoven, Medicines for Europe

Van den Hoven concurred, suggesting that when it came to data, "we have too much noise out there, meaning that there are too many reports of shortages that are not clarified as to what that really means." For example, he said, "we had some 600 individual shortage reports… for specific medicines for COVID-19 collected by the European Medicines Agency. Two thirds of those reports were never even looked at by the regulatory agencies, and not a single one led to a patient-critical shortage” – ie, one where a patient did not get any treatment.

It was important, van den Hoven said, to look at the data and determine whether the shortage was one that can be remedied in the off-patent sector by another product with the same or different INN, or whether it was a patient-critical shortage.

Digital tools could be used to capture this data and narrow it down, he suggested, agreeing with Moll that a harmonized definition of a shortage was needed. Also useful would be harmonized digital systems to collect the data – an initiative that he said could be led by one of the EU’s regulatory agencies with experience in setting up digital systems and digital management.

Moll suggested that the European Medicines Verification System (EMVS), a track-and-trace system that was set up to detect falsified medicines in the supply chain, could also be used to provide relevant information on the availability of certain medicines. “We should use what we have, and not reinvent anything.”

Overall, what was needed, Moll said, was an “adequate policy response based on a thorough analysis of the root causes of shortages. We shouldn’t rush to conclusions without careful analysis. It is crucial to get a very clear understanding of the root causes before taking policy actions – if we don’t have all the data, the solutions are wrong.” She added that it was important to look beyond the current crisis: “There are many causes of shortages, so we need to look at a policy response that also looks at the regulatory and economic aspects.”

Bring Back The Manufacturing

François Houyez, director of treatment information and access at the rare diseases organization Eurordis, examined the possibility that shortages could be at least partly addressed by repatriating to Europe some of the pharmaceutical manufacturing that had gone overseas to countries like China and India. This was particularly the case where some “critical medicines” were manufactured at a site that was completely closed down for whatever reason.

Noting that Eurordis was “extremely interested” in proposals to relocate some production in Europe, and that some studies had been conducted to estimate the cost of doing so for different product classes, Houyez said it would not happen unless there were incentives for companies to do so.

Industry costs would have to be covered in full, including investment in plant construction, salaries of technicians and engineers, and the need to meet “high safety and environmental standards. We fear that if these costs are not covered there will not be enough encouragement for industry to bring back production to Europe.” He said maybe repatriated manufacturing should be located in member states where production costs were lower, “in the general interest of the EU rather than the interests of this or that member state.” He also pointed out that manufacturing could not be repatriated for all products or product classes and that a discussion would need to be had on which ones should be prioritized.

Houyez made a number of other suggestions, such as lengthening the shortage notification period and setting up a European office that could decide whether another company could take over production of a product that was in short supply.

Overall, he said, a European debate was needed to discuss all causes of shortages, “particularly those related to the organization of the pharmaceutical market, tendering, procurement, arbitrage, low-profit products, national taxes, export bans, and so on," to get a full picture of all the mechanisms behind shortages, other than manufacturing issues.

Thomas Senderovitz, director general of the Danish Medicines Agency and co-chair of the session, said the COVID-19 pandemic had made clear that supply chains were potentially at risk, and that collaborative action was necessary.

“Can we do something together, at EU level, among the regulators, with the European Commission and the member states involved?” he asked. What collaboration could there be between companies, and between companies and governments, without breaking competition laws? What were the regulatory opportunities? And what about the responsibilities of wholesalers and pharmacists? A key question, he said, was: “How do we balance the national interests with those of the EU community? And what about the rest of the world? This is not a European problem alone.”