Emerging Company Profile: Forge Therapeutics, which licensed intellectual property from the University of California San Diego in 2015, is aiming to have developed a novel class of antibiotic to treat Gram-negative superbugs, with its first drug candidate entering clinical development in 2020. The company has just announced an expanded research and discovery pact with Evotec in the UK, and boasts an impressive line-up of scientific advisors. 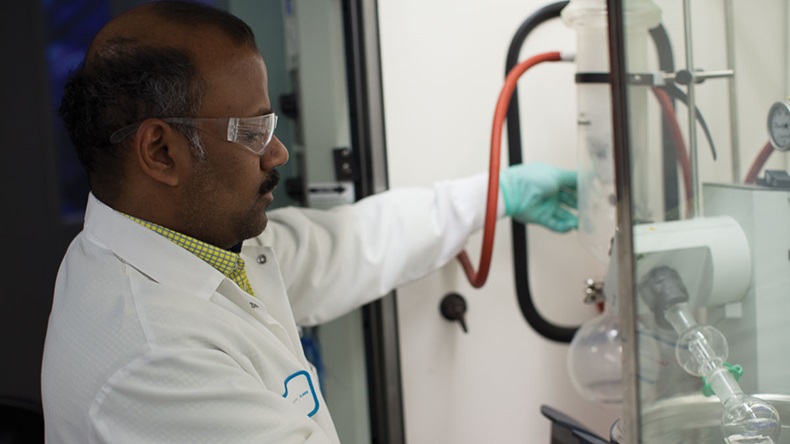 Forge Therapeutics may be barely two years old, but it has attracted the attention of many experts in the antibiotic development world thanks to its team's work targeting metalloenzymes.

Infectious disease drug developers have long been trying to develop antibacterial medicines that target a zinc metalloenzyme called LpxC. This enzyme plays a key role in the formation of the outer membrane of most Gram-negative bacteria but is not found in Gram-positive bacteria or human cells. However, the target has proven difficult to drug because the “warhead” chemistry called hydroxamic acid that most companies have used to bind to the metal tends to get degraded in the body before it can reach its bacterial targets, and increasing the dose causes toxicity.

San Diego-based Forge has taken a different approach, starting with metal-ligand interactions to identify selective metal-binding “warhead” pharmacophores from a proprietary library, then using a novel platform of bioinorganic and medicinal chemistry to develop non-hydroxamate inhibitors. Forge’s scientific co-founder and scientific advisory board member Professor Seth Cohen (of University of California, San Diego), initiated the process for incorporating fragment-based drug discovery with the focused library of metal binding pharmacophores, which the company industrialized and has used to develop a discovery and preclinical pipeline initially focused on LpxC inhibitors targeting a range of bacterial infections.

“LpxC has been a high priority target for Gram-negatives for the past 20 years. When we tell our story to scientists who have actually worked on the target, who have worked on metalloenzymes and know the chemistry limitations, it really resonates,” CEO Zachary Zimmerman told Scrip. “They say ‘Hey Zak, you’ve got the chemistry solution to the metalloenzyme problem,’ and they want to become part of it.” If successful, an eventual product from this program could represent the first of a new class of Gram-negative antibiotics in several decades.

The LpxC program includes preclinical work for Escherichia coli, Klebsiella pneumonia and Proteus mirabilis urinary tract infections, and discovery work with a range of bacterial types for intra-abdominal, respiratory and gonorrheal infections, as well as for biodefense applications. The aim is to begin Phase I human studies by 2020, and with FDA accelerated approval a possibility for drugs to treat superbugs, successful Phase II trials could make way for early approval.

The novelty and success to date of Forge’s approach, which has seen it garner high hit rates from its proprietary fragment library across 50 metalloenzyme screens, enabled the company to enlist several prominent experts to join its advisory board in July.

These include Lynn Silver, who was involved in the discovery of the first inhibitors of LpxC and the development of the antibiotic Invanzat Merck & Co.; Andrew Tomaras, former LpxC program leader at Pfizer, now VP and director of microbiology at in vitrodiagnostics firm BacterioScan Inc.; John Rex, former head of antibiotic development at AstraZeneca, former chief strategy officer at the US-UK antibacterial research public-private partnership CARB-X and chief medical officer of antifungal development firm F2G Ltd.; and Karen Joy Shaw, formerly SVP biology at Trius Therapeutics and antibacterial team leader at Johnson and Johnson and Schering Plough and currently chief scientific officer of Amplyx Pharmaceuticals, among others.

“Our scientific advisors know the unmet need, they know it’s only getting worse, and they also know the pipelines of companies are empty and there are very few solutions [to the rising challenge of superbugs and antibiotic resistance] out there. They want to work together to accelerate this as fast as we can, because there are patients that need this today.”

When it comes to speed of R&D, Zimmerman believes the company has a strategic advantage thanks to the partnership it has with Evotec AG, which saw Forge's presentation at a scientific conference and realized that the San Diego team may have cracked a problem that it had itself spent years trying to address. The German company signed a strategic alliance with Forge in December 2016 focused on lead optimization of the LpxC inhibitors identified by the US firm. That partnership was then expanded in October 2017 with the launch of the BLACKSMITH platform to discover additional novel metalloenzyme inhibitors against three additional antibiotic targets (RNAP, DXR and PDF), with the potential to expand to a wider range of diseases.

According to Zimmerman, Forge’s partnership with Evotec’s anti-infectives team based in Alderley Park, UK has created a rapid and efficient conveyor belt for novel antibiotic classes. The arrangement ties Forge’s early chemistry with Evotec’s microbiology and established expertise in drug discovery and preclinical development in a 24-hour continual process. “We’re able to do this very fast cycle of design, make and test. We design things on a Monday and Tuesday, make things in our laboratories on a Wednesday and Thursday, and test them on a Friday. And then go back and do it again the next week. Whereas if we were in a large organization, these things would literally take months and months,” Zimmerman said, outlining the way that the baton is handed between the UK and US on a daily basis.

The partnership with Evotec sees both companies involved in decision making, while Evotec employees working on Forge projects are paid by Forge and the IP and data generated remain with Forge. Evotec meanwhile is an investor in the San Diego company, having participated in the company’s series A financing this year. Evotec’s COO Mario Polywka is on Forge’s board of directors.

With money raised this year, Forge is expanding. “We’re going from a 10-person company with just around a thousand square foot of lab space to doubling and tripling our headcount over the next year and moving into new state of the art lab space in San Diego that’s just under 10,000 square foot,” Zimmerman told Scrip.

Forge Therapeutics received a significant grant from CARB-X in March 2017 (which could total $8.8m over time and upon achievement of milestones), and followed up with a $15m series A financing in April. “Right now with our financing we have enough runway to get us into 2020. At the same time, additional financing could help us work on additional programs and advance them faster,” Zimmerman said.

He added that talks were ongoing with potential investors in a series B round, but that the company’s options would also include a deal with a large pharma company interested in antibiotic assets. Still, he believes “there’s no reason to partner this today because we can accelerate it faster and we think that with our advisors and with Evotec’s expertise, we can do it just as well as anybody else in the world.”

Meanwhile, Forge’s BLACKSMITH has the potential to be used across a range of therapeutic areas. The company selected infectious disease as an area that is highly translatable from animal testing to humans. “We decided to validate our BLACKSMITH platform in a therapeutic area where we can move faster than any other area – and where the models are straightforward. For example, in infectious disease we can use normal wild-type mice, rather than expensive and complicated tumor models as you would in cancer,” explained Zimmerman.

Eventually the company will decide whether to take forward additional therapeutic areas, whether that be through spin-out subsidiaries, or partnerships with others. For now, the focus is on the most urgent Gram-negative bacterial infections, for which antimicrobial resistance is a growing concern.

From the editors of Start-up