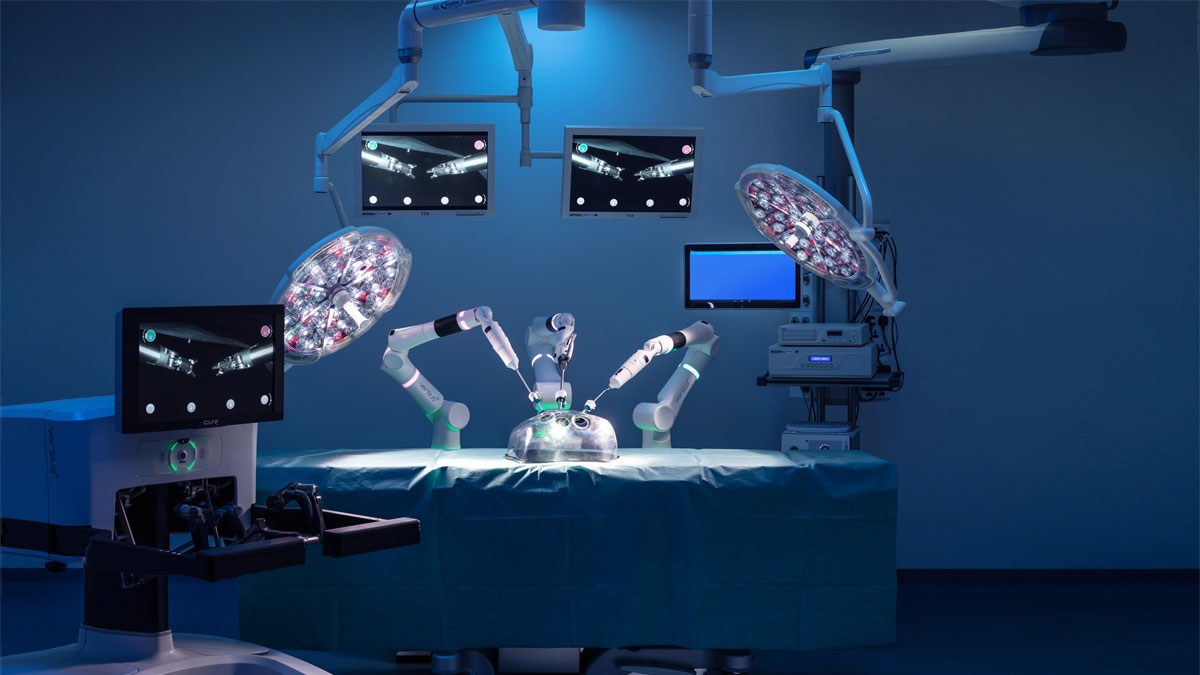 For CMR Surgical, 2021 has been an exceptionally busy year, and even busier times for the company are looming.

CMR’s CE-marked Versius surgical robot is now being used in 11 different countries, including Australia and several European countries. Versius also recently was approved by Anvisa, Brazil's equivalent of the US Food and Drug Administration. (Exec Chat Rapid Expansion For CMR Surgical As It Launches Robotic System In More Countries)

Also, the company has been deploying $600m that it received in a series D funding round in June of this year. The money will fund further commercialization of Versius, continuing R&D efforts, and establishing a global support network for the robot.

The SoftBank-led round is one of biggest private medtech financings ever and highlights the large appetite investors have for getting a piece of a rapidly expanding market. As immersive technologies integrate closer to the robot and the surgeon controlling it, increasingly complex surgeries are becoming possible. (Future Of Surgery Virtual Reality Robotics And Collaboration)

CMR has been accelerating the integration of data with Versius. It has been collaborating with Microsoft to develop silica glass materials that can store the vast quantities of data recorded during surgery. This data could then be used to improve robotic surgery. (CMR Surgical And Microsoft Collaboration Opens Up Questions About Surgical Data Storage)

Medtech Insight spoke again to CMR Surgical’s CEO, Per Vegard Nerseth, to catch up on the company’s developments, and get some perspective of upcoming activities.

The responses to the questions below have been lightly edited for readability.

Medtech Insight: CMR Surgical has had a really impressive range of launches this year and has gone transnational very quickly. With each region, there are naturally different challenges whether they be regulatory, commercial, or simply human. How has the company tackled these?
Per Vegard Nerseth: I think we have had a fantastic year so far. We are getting close to the end, but we have grown more than 300% this year.

There’s of course a lot of different topics and different markets to cover that we tackle by employing our own teams in most of those countries. We feel it is important that we are on the ground to understand the challenges so we can treat each of the health care system in a special way to be able to help them in the best way.

So, more on the transnational nature of CMR. Obviously, the pandemic has put flying on hold. How have the sales, installation and training models employed by CMR shifted as a result?
Nerseth: I would say the sales model itself hasn’t really changed significantly, because our teams are local in most markets.

Having said that, we have been doing some demos remotely with our demo facility in Cambridge, [England].

The biggest change we’ve seen has been to training and the process of getting a new hospital up and running with Versius. We have really taken up new technologies. Everything from virtual meetings like this [held over Teams, or Zoom] where we have had the surgical team on one side, and the trainers on the other, to virtual reality.

Virtual reality [has allowed CMR to launch in hospitals] where all the training has been delivered by trainers sitting in the UK, to surgeons in their local market. We always have people from CMR in the room [with the surgeons as they learn], but having trainers work remotely has let us train people in places like Hong Kong.

And how has this change in training been perceived? Surgical robots specialize in the minutia – training must be much harder?
Nerseth : You’re right. It is harder. We have been trying to do as good as possible. If we take Hong Kong as an example, it is an incredibly hard country to be allowed to travel in to. You need to sit there for almost a month in quarantine [which isn’t an effective use of resources]. But you have hospitals who have bought the system from us and they would like to start using it. So we have done our set-up and training remotely in response to this.

I have to say, if I’d been asked pre-COVID ‘would it be possible to do this?’ I probably would have been more hesitant to say yes. But seeing it in retrospective, it has been working well. Hospitals which have had remote training have operated on their first patients, and these cases have all gone very well.

The company has been scaling up production. How is this going, and how has the company adapted to global supply line issues that have, for example, led to a shortage of semiconductors?
Nerseth : Recently we announced our new factory [in Ely – near Cambridge] that will be up and running in the first few months of 2023. Our current factory is getting close to its edge [of production limit]. The new factory will allow us to produce all of the Versius systems that we anticipate to be sold.

I have been super proud of our team for being able to get us through the shortages caused by the pandemic. In addition to electronics, we’ve seen a lot of limitations on getting hold of plastics – Versius uses a lot of white plastic around itself.

We have been able, through great work from our supply management team, to get what we need, but it really is almost hand-to-mouth where we are able to just keep up with requirements. We have visibility for some months ahead, but are working all the time to secure the next quarter, and the quarter after that.

My view is that we will probably see supply challenges throughout 2022 – this is a challenge we are going to have to live with.

But what this is about is problem solving. We have gone further by buying components ourselves which we have then handed over to PCB suppliers in order to get necessary components. We buy larger quantities of parts when we can so we have parts for a little longer than we normally would do just to secure production.

In October, Medtronic secured CE marking for its Hugo robotic system. Now, in Europe, hospitals have the choice between CMR’s Versius, and a robot produced by the world’s largest medtech company. Will this affect sales going forward?
Nerseth : I will say, so far, the impact has been very limited. I might have a different take on this than maybe you do, but I believe that once a market has been occupied by one dominant competitor [Intuitive Surgical] for many years, when new entrants come, the market grows even faster. There is clearly room for multiple players, and Versius has such a different design philosophy and procedure range to competitors aimed at driving high utilization.

I’m not here to talk about our competitors, but they address a very limited number of procedures, so currently we are seeing a stronger and stronger demand for Versius. I’m not too concerned about having a bit more competition – in fact I think it’s just going to drive the market towards growth.

Our focus on Europe is also really helping us to grow. The incumbent players have made a huge amount of their sales in the US and are seeing years of delays and are spending a huge amount of money to get into the European market. Having teams that understand the differences between European countries is a huge strength, and we can capitalize on our smaller size, our nimbleness, to market Versius in different ways to France, Germany, Italy, the EU as a whole, and the UK.