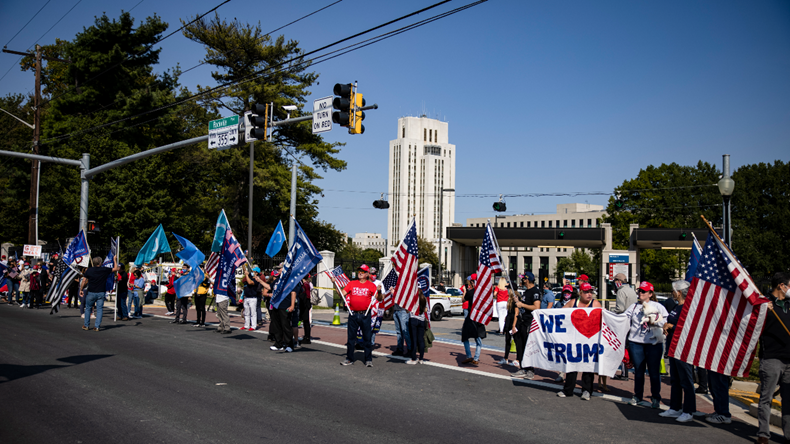 Regeneron Pharmaceuticals, Inc.’s decision to grant US President Donald Trump expanded access to its experimental cocktail of two monoclonal antibodies for COVID-19 could hinder the company’s clinical trials of the treatment and also the public’s broader appreciation of the need for such trials in the first place, experts warn, a move that could be disastrous for this pandemic and beyond.

Less than 24 hours after Trump tweeted that he tested positive for COVID-19, the White House announced on Friday 2 October he had received the high 8g dose of REGN-COV2 as a “precautionary measure,” making the US leader one of less than a dozen people worldwide who has received REGN-COV2 outside of a clinical trial.

A small early study has shown the therapy reduced viral load and time to alleviation of symptoms in non-hospitalized patients that had not generated their own antibodies to fight the infection. (Also see "Regeneron’s COVID-19 Antibody Cocktail Shows Early Promise, But Does It Merit An EUA?" - Scrip, 30 Sep, 2020.)

A memo from Trump’s physician Friday afternoon said he was “fatigued but in good spirits” though he was later taken to Walter Reed National Military Medical Center. Later the same day the White House announced they had decided to give Trump Gilead Sciences, Inc.’s remdesivir, which has an emergency use authorization for treatment of patients hospitalized with severe COVID-19. Severe COVID is inconsistent with White House descriptions of Trump’s condition, though there is considerable speculation the administration may be downplaying the situation.

On Sunday, Trump’s doctors announced he was also receiving the steroid dexamethasone, which has been shown to reduce mortality in COVID-19 patients requiring oxygen therapy. The product has received an emergency endorsement from the EMA, but notably not an EUA from the US FDA. (Also see "The US FDA And The Dog That Didn’t Bark" - Pink Sheet, 31 Aug, 2020.)

Giving the president access to Regeneron’s antibody cocktail may convey to the public that the risk-benefit calculus is already in its favor, under the assumption that a VIP like the US leader would get the best possible medical care.

That opinion could hurt trial enrollment if patients think they can also gain expanded access to this or similar medicines like one in development by Eli Lilly and Company, or it could potentially direct more patients to these trials rather than other experimental COVID-19 treatments. (Also see "Lilly Claims Proof Of Concept For Neutralizing Antibodies In COVID-19 Therapy" - Scrip, 16 Sep, 2020.)

On the flip side, experts said that if Trump doesn’t fare particularly well, people may be turned off from the medicine, even if the antibody itself wasn’t responsible.

Even before the White House had reported that Trump received any treatment for the virus, some prominent doctors like former FDA Commissioner Scott Gottlieb and Peter Hotez, were recommending it might be appropriate to treat Trump with remdesivir and an experimental antibody, respectively.

Suggesting these treatments for the President outside of clinical trials, when he is not in the dire straights typically reserved for offering unproven therapy outside of such research, has broad implications for society, said Vinay Prasad, who studies clinical trials and health care decision making at University of California, San Francisco.

“One of the major public health pitfalls that we have right now is people don’t participate in randomized controlled trials,” Prasad said, and this situation may exacerbate that.

Trump’s treatment and statements like Gottlieb’s or Hoetz’s “create the impression that there’s two tiers of care,” Prasad said. “There’s the tier of care for all of you, the masses, and this tier of care for rich people, for presidents, for great people. You poison the ability to do any studies – not just this study, but all the studies. Of course, people will doubt that these studies have any value. They'll think, ''Well, if I was rich enough, I would get just get the treatment, right?' …That's going to hold science back.”

It’s a pattern that has played out over and over again during COVID-19 – with particularly hydroxychloroquine and convalescent plasma – where regulatory decisions and political hype for treatments have made products widely accessible before late-stage trials have determined, what, if any benefit the therapies have to offer. Once that happens it can be hard to randomize patients for a trial. (Also see "Fate Of COVID-19 Convalescent Plasma Clinical Trials At Stake As US FDA Weighs EUA" - Pink Sheet, 20 Aug, 2020.)

“If [Trump] has ready access to something, and then recovers, and rightly or wrongly, his recovery is attributed to whatever he's been administered, there may be this great public clamor” for whichever products he was provided, said Leigh Turner, a bioethics expert at University of Minnesota.

Regardless of the clinical reality, “there could well be [a] public impression that this was something that saved the President's life,” he said.

If Trump were to die from COVID-19, however, it would put a high-profile cloud on whatever treatments he received. People may not want to receive the products themselves, and “they won't agree to participate in clinical studies, even though, it may be he was going to die anyway, it's not as though the drug has caused his death,” Turner said.

Public perception can be very unpredictable and a bad outcome for Trump “is kind of a wildcard,” Turner concluded.

Although Trump's age (74) underlying heath conditions (obesity) and gender (male) make him at increased risk, he's likely to survive COVID-19. British data reported in Nature put the infection fatality ratio even for people over 75 at 11.6%.

For clinical trialists, it may be difficult to convey to the average person that it's ethical for them to potentially get a placebo, but not Trump.

“If he gets better quickly, equipoise will be gone after his first tweet thanking Regeneron,” said Walid Gellad, director of the Center for Pharmaceutical Policy and Prescribing at University of Pittsburgh. “If he gets worse quickly, equipoise is gone. That’s the major downside to this as several antibodies are in trials.”

The unique element regarding Trump’s treatment under expanded access is that unlike with other medical decisions made for a president, the drug company who manufacturers the product has a key gatekeeping role. This means that any fallout – positive or negative –  might more directly impact that company’s reputation.

“If there’s a scarce unapproved product (a drug under IND), the sponsor gets to decide who, of all requestors, gets it and who doesn’t. ... They can be expansive or restrictive. Formerly these decisions were not transparent; now they increasingly are. But such ‘gatekeeping’ is possible only because the drug can’t be freely handed out” due to the laws governing investigational products, explained Alison Bateman-House, a bioethicist at New York University.

Based on statements from Regeneron it seems that at minimum the company knew the expanded access request was from someone connected to the White House. CEO Leonard Schleifer said in a New York Times interview that Trump’s medical staff reached out and the company was “happy to oblige.”

Regeneron spokesperson Alexandra Bowie declined to directly answer whether the company knew it was evaluating an expanded access request for Trump or whether it made that request blinded to who it would be for, only saying that “typically” the company wouldn’t know the identity of the patient but it would “always know the identify of the requesting physician.”

Bowie also declined to say whether the company verified that the President didn’t qualify for ongoing clinical trials or had no other approved treatment options, saying that is the requesting physician’s job since they know the patient’s full health history and medical situation.

Compassionate use “is not intended to be the main mechanism by which people get the drug at this point and hence is only approved in rare, exceptional circumstances. The limited nature helps ensure it will not impact clinical trial enrollment, and we encourage interested individuals to look into joining the trials if qualified,” Bowie said.

Bateman-House said there is considerable variation between companies in terms of considering whether a patient has other options – including a clinical trial – they could pursue prior to receiving expanded access. Some companies, she said, take it as a given the clinician has ruled trials out, while others may look for trial options to refer patients too.

“In theory FDA should review to makes sure there is no trial option, but that seems to vary too,” she added.

FDA declined to even confirm whether Trump received Regeneron’s antibody under an expanded access request, referring the question to the White House. Trump has long touted the right-to-try process as a better way for people to access experimental drugs without going through the FDA, so it is interesting he went the expanded access route, though many companies have said they would not grant compassionate use without FDA’s sign off despite the new law. (Also see "Right-To-Try Bill Heads To White House, Putting Firms In Driver's Seat" - Pink Sheet, 22 May, 2018.)

At least one media report Saturday suggested Trump may have had an infusion reaction to the antibody; such information would more quickly be received by FDA under an expanded access request than under right-to-try, one reason opponents take issue with the law.

The presidency has often been described a singular, surprisingly lonely job. With Trump now sick and taking experimental treatment, POTUS has also become the most important N of 1 trial in the world.