Precision Medicine: Despite Gains, Optimum Use Far From Reached

Progress has been made in areas such as lung and breast cancer, but panelists at a recent conference noted there are many efficiencies yet to be realized in drug development and reimbursement. 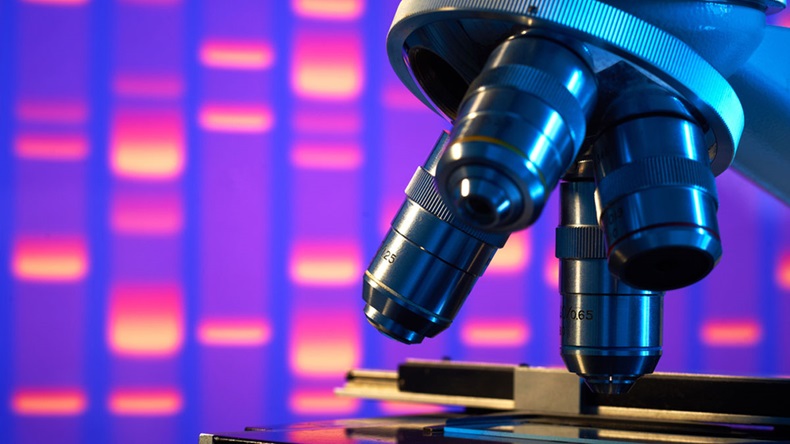 Precision medicine has delivered targeted cancer therapies and treatments for rare diseases that improve the length and quality of life for some patients, but so far it hasn't made drug development any more efficient and payers continue to grapple with the value of genomic data.

Biopharma's slow progress in precision medicine and the challenge of communicating the field's value to payers were recurring themes at the Precision Medicine Leaders Summit, held Aug. 21 to 24 in San Diego.

However, biomarkers aren't being incorporated into most clinical trials in a way that makes the studies shorter and gets more drugs to patients faster and at a lower cost. Many speakers at the precision medicine conference noted that the biopharma industry still designs most of its trials around old models that require large numbers of patients without using biomarkers to select participants who are most likely to respond to targeted therapies.

In an Aug. 24 keynote speech, University of California, San Francisco breast cancer specialist Laura Esserman advocated for more clinical trials like I-SPY2, which she was involved in. The large umbrella trial is testing multiple biomarker-selected therapies in high-risk, neoadjuvant breast cancer to identify treatments with a high probability of success, which then go on to pivotal trials. Keytruda in combination with paclitaxel is one of the most recent graduates from the program. (Also see "Merck's Keytruda Offers Hope And Risk In Early Breast Cancer" - Scrip, 6 Jun, 2017.)

Esserman said large expensive trials typically conducted by pharma companies are not the most efficient way to get a good signal of targeted drugs' effects. She noted that the industry often is afraid to try new things out of fear that the FDA won't allow novel trial designs and companies have been reluctant to participate in I-SPY2. However, Center for Drug Evaluation and Research Director Janet Woodcock "has been a champion of this trial from the beginning," Esserman said. (Also see "Master Protocols Are Both Welcome And Inevitable – US FDA's Woodcock" - Scrip, 6 Jul, 2017.)

Companies should focus less on collecting large amounts of data and zero in on biomarker-driven data, like the pathological complete response (pCR) results collected in I-SPY 2, to show that their drug is likely to work. (Also see "I-SPY 2 Helping To Normalize Adaptive Trial Designs" - Scrip, 10 Jul, 2016.) But while that kind of mid-stage data could drive a more efficient Phase III trial design, the hope that precision medicine will lower clinical trial costs and increase productivity has not been realized yet. (Also see "Economics Of Precision Medicine: Will It Lower Drug Costs?" - Scrip, 26 Feb, 2016.)

During an Aug. 24 panel discussion on whether precision medicine has been a boon or bust, Standish Fleming, founding managing partner at San Diego's Forward Ventures, said that the industry's efficiency has remained static during the past three and a half decades despite the introduction of precision medicine.

"We are producing no more drugs, no more effectively of efficiently – in fact, less efficiently today – than we were throughout that [35-year] period," he said.

FasterCures Senior Fellow Bernard Munos, founder of the InnoThink Center for Research in Biomedical Innovation, has studied the evolution of the industry's science and clinical trial practices and participated in the panel discussion with Fleming and DNA Nexus Chief Medical Officer David Shaywitz.

"The process has changed, but the productivity has not and the cost has kept escalating," Munos said. But he couldn't put his finger on why the industry isn't producing more drugs despite the availability of biomarkers for many diseases. He did note, however, that there are fewer large companies with the resources for late-stage drug development due to mergers and acquisitions among big pharma.

Shaywitz was more optimistic that productivity will increase based on advances in precision medicine. He also pointed out that FDA drug approval standards have raised the bar for new medicines, which may help explain why there was no increase in biopharma productivity between 2011 and 2015. But biology is complex, he said, so it will take a while to translate genomic findings into more and better drugs.

"We're learning not just more about the pieces [of genomic information that lead to disease], but we're starting to understand how they interact and go together," Shaywitz said.

As drug developers figure out which pieces of genomic information will lead to more new drugs – and as diagnostics companies provide products that can point doctors and patients to the right medicines – payers are even further behind on the learning curve, but it appears that they're beginning to catch up.

Payers Coming Around To Precision

Foundation Medicine Inc. VP-Reimbursement and Payer Strategy Jerry Conway said lung cancer is an area where payers are coming around to the value of diagnostics. They're increasingly interested in making sure that doctors are giving patients the most appropriate medicines based on a tumor's genetic profile.

Lung cancer is an especially appealing disease for genomic testing in the eyes of payers, because such tests are recommended in treatment guidelines, Conway noted during an Aug. 23 panel discussion on payment models. NSCLC also is a cancer with a lot of costly targeted therapies, including immuno-oncology drugs like Keytruda and Bristol-Myers Squibb Co.'s competing PD-1 inhibitor Opdivo (nivolumab).

Andrea Ferris, president of the lung cancer patient advocacy organization the LUNGevity Foundation, added that genomic testing also can help doctors get patients into the most appropriate clinical trials. She noted that there are about 1,400 ongoing lung cancer trials right now.

"Payers now are saying 'Yes, let's test and get the patients into clinical trials,'" Conway said. "It gets the cost off their balance sheet, but still serves the patient."

Going forward, conversations that diagnostics companies are having with payers about genomic testing could drive both clinical trial enrollment and payer decisions more so than they do now. Conway said payers are concerned that testing will increase their spending on drugs as more patients are directed to newer, higher-cost targeted therapies. However, he said they're also concerned about overuse of targeted therapies that are administered without a genomic basis for their use.

"Five years ago, the portfolio of drugs was different," Conway said. "But they're looking at the pipeline at what's coming and payers want to look now at identifying the right patients for the right drugs."