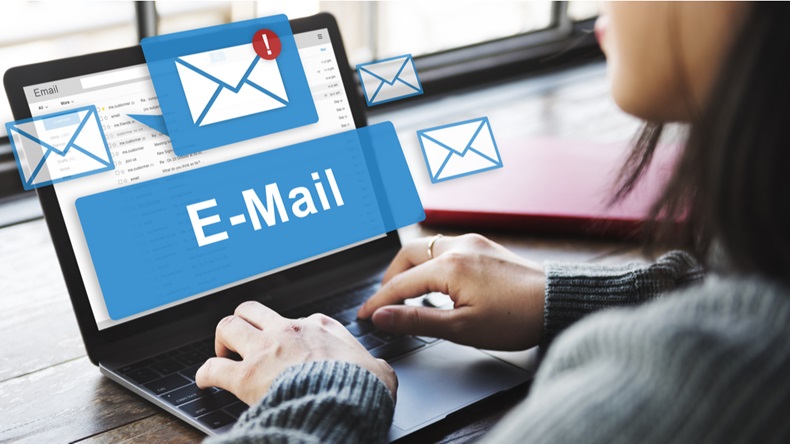 DRUG PRICING WAS BACKDROP FOR FDA APPROVAL OF RUZURGI.

Catalyst Pharmaceuticals Inc.'s suit against the US Food and Drug Administration over its approval of a competitor's product has disclosed emails between agency staff that suggest they responded to pressure to address the price of Catalyst's drug.

Catalyst filed suit against the FDA in June 2019 challenging its approval of Jacobus Pharmaceutical Company Inc.'s drug Ruzurgi (amifampridine) despite the fact Catalyst had orphan exclusivity for Firdapse (amifampridine). Firdapse was approved in 2018 as a treatment for adults with Lambert-Eaton myasthenic syndrome (LEMS), while Ruzurgi was approved for pediatric use in LEMS in May 2019. (Also see "Catalyst Alleges US FDA 'Facilitating' Off-Label Use With Jacobus' Ruzurgi Approval" - Pink Sheet, 12 Jun, 2019.)

The suggestion that FDA sought a way to get around exclusivity requirements to get a lower-priced drug on the market is a novel claim and a new angle in the ongoing debate over drug pricing.

Catalyst says orphan exclusivity bars FDA from approving "the same drug for the same disease or condition" for seven years. But FDA claims that it "administratively divided" Jacobus's application into two parts, one for the treatment of LEMS in pediatric patients, and the other for treatment of LEMS in adults "to allow for independent actions in these populations."

FDA's division, however, resulted in an odd remainder: Ruzurgi is approved only in children, but the clinical experience in labeling is for adults.  (Also see "Keeping Track: US FDA Approves Pfizer’s Vyndaqel, Jacobus’ Ruzurgi, But Nixes Acacia’s Barhemsys Again" - Pink Sheet, 12 May, 2019.)

Catalyst refutes the agency's explanation, contending that internal documents show FDA considered Firdapse's price when it approved Ruzurgi and that it intended Ruzurgi to be sold off-label for adult patients.

Catalyst included a 229-page exhibit of FDA communications in a 31 January court filing. The company says the agency omitted this information from the administrative record and has asked the court to direct FDA to incorporate the documents into the record.

The suggestion that FDA sought a way to get around exclusivity requirements to get a lower-priced drug on the market is a novel claim and a new angle in the ongoing debate over drug pricing. FDA has repeatedly said it does not consider drug prices in its approval decisions. But Center for Drug Evaluation and Research Director Janet Woodcock considered the financial situation of Sarepta Therapeutics Inc. in deciding to approve its Duchenne muscular dystrophy drug Exondys 51 (eteplirsen). (Also see "Woodcock's Consideration of Sarepta Financial Issues Raises Eyebrows" - Pink Sheet, 19 Sep, 2016.)

The agency also appeared to take pricing into account several years ago when it allowed continued compounding of hydroxyprogesterone even after approving KV Pharmaceutical's Makena, a situation that may have been more on the minds of FDA officials as they considered Ruzurgi's application.

Catalyst makes much of a letter Senator Bernie Sanders, I-VT, sent to then-FDA Commissioner Scott Gottlieb, in which he complained about the price of Firdapse.

In its motion for summary judgment, Catalyst asks, "So why did FDA try to invent a new pediatric LEMS disease to justify undermining Catalyst's exclusivity? FDA's record and publicly available information suggest the answer. In the midst of its review of Jacobus's application, FDA received a critical letter from Senator Sanders of Vermont complaining about drug prices, including LEMS medications."

FDA staff cited the letter in emails about Ruzurgi. In a 4 February 2019 email to agency staff, Jay Sitlani, FDA's senior regulatory counsel, stated: "FYI, Firdapse is the drug that is raising the ire of Senator Sanders and others in Congress, in part because of the cost of the drug touted to be $375,000. I'm guessing that when amifampridine was being marketed as an unapproved drug, it was sold for a fraction of that amount. So, our exclusivity discussions, while technical and legalistic as they always are, will by necessity have to occur against this backdrop."

Catalyst says that in his letter, Sanders mentioned the case of the drug Makena, suggesting it was a model and that the agency should exercise its discretion not to enforce Catalyst's exclusivity against Jacobus.

FDA approved KV Pharmaceutical's Makena with orphan exclusivity to reduce the risk of preterm birth in women with a rare condition. In response to political pressure, the agency announced in March 2011 that it would not take enforcement action against pharmacies that compounded the active ingredient hydroxyprogesterone unless the compounded product was unsafe or not being produced according to appropriate standards. (Also see "Makena’s Orphan Exclusivity Is “Nullified” By FDA’s Compounding Policy, KV Suit Says" - Pink Sheet, 6 Jul, 2012.)

Another 4 January 2019 email from Jacqueline Corrigan-Curay, director of CDER's Office of Medical Policy, to Office of New Drugs Director Peter Stein and others discusses the Medical Policy and Program Review Council's consideration of Firdapse. Most of the document is redacted but ends with the comment: "I admit this is a difficult case, but more so perhaps because we know about the competition and price issues."

The agency also seemed to be aware its approval of Ruzurgi would lead to litigation, as many of its decisions on exclusivity have.  In a 7 May 2019 email to FDA's media spokesperson Sandy Walsh, Ellis Unger, director of CDER's Office of Drug Evaluation-I, responds to press clips about the approval of Ruzurgi: "Good press! Thanks for sending. I like being crafty. . . Too bad the Catalyst lawyers will be on our doorstep soon!"

Catalyst filed its suit on 12 June. Catalyst's counsel, Latham & Watkins, filed a separate suit against FDA on 25 June to obtain documents it had sought through Freedom of Information Act requests.

With regard to off-label use, a 29 March 2019 email from Colleen Locicero, associate director for regulatory affairs, to Catherine Chew comments that while Firdapse "won't be labeled foruse in adultswith LEMS, healthcare providers will be able to prescribe it for adults off label under the practice of medicine. The Jacobus approval should, therefore, take care of the situation."

Emails Are Not Relevant To Review, FDA Says

In an 18 January court filing, FDA says it filed an administrative record in the case consisting of documents the agency considered while reviewing and approving new drug applications for Firdapse and Ruzurgi. It says Catalyst requested that FDA supplement the record with a letter from Sanders to Gottlieb and with post-approval correspondence between FDA and patients regarding both Firdapse and Ruzurgi.

"FDA consistently and repeatedly articulated to Catalyst its position that, while FDA responded to these communications, FDA did not consider the communications when approving the new drug applications; therefore, those communications were not properly part of the record," the agency states.

In its motion for summary judgment, FDA asserts that the administrative record "offers no support for Catalyst's unfounded speculations that FDA was improperly motivated by the cost of Catalyst's drug" in approving Ruzurgi.

Jacobus intervened as a defendant in the complaint. In its 17 January cross-motion for summary judgment, it says that since 1993, doctors have been able to treat LEMS patents with its drug under compassionate use. It says that Catalyst acquired the license to sell Firdapse in October 2012 and that it beat Jacobus in a race to approval by seeking approval only for treatment of LEMS in adults. It asserts that FDA complied with the Orphan Drug Act because it did not approve Ruzurgi for a use covered by Firdapse's exclusive marketing right and Ruzurgi's label indicates its limited approved uses.