US FDA Commissioner Scott Gottlieb sat down with the Pink Sheet and Medtech Insight reporters for an exclusive chat about his ongoing regulatory work and plans for the future. Promoting competition among new drugs does not necessarily mean encouraging development of so-called "me-too" products and the limited band-width of FDA's document redaction effort may mean the release of complete response letters is not prioritized, FDA Commissioner Scott Gottlieb told the Pink Sheet in a recent interview.

Gottlieb spoke Nov. 3 at the National Press Club in Washington, D.C. (Also see "Gottlieb Promotes 'Team' Work For Product Reviews" - Pink Sheet, 3 Nov, 2017.) Following the talk, he sat down for an exclusive interview with reporters from the Pink Sheet and Medtech Insight to talk about several issues, including drug competition, as well as laboratory developed test oversight and dealing with Risk Evaluation and Mitigation Strategy abuse. 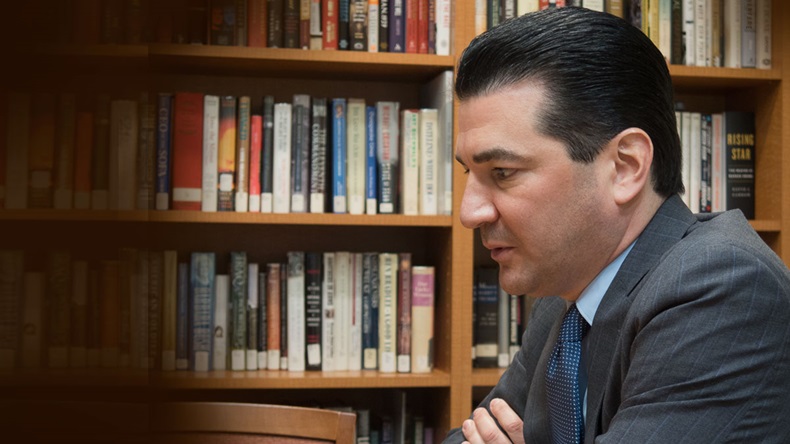 Below is an edited transcript of the conversation. Gottlieb also discussed staff retention strategies and his relationship with the White House and other federal agencies.

You mentioned during your talk about creating more competition on the new drug side of the house within the market. Can you give me some detail or ideas you have on that?
Gottlieb: Well, that gets back to the issue of looking at some of the development standards. And I think to the extent that we could make the development process itself more efficient, we’re going to create opportunities for more people to come through the development process. So I’ve talked a lot about some of the things we can do from a scientific standpoint. … I think what we’re going to do now is look at specific disease areas. I talked about the 10 guidances. Five focus on neurological diseases. Those are the kinds of things you’re going to see from us in the near term.

Longer term, I think that there’s other opportunities to better incorporate constructs like modeling and simulation and different ways of structuring clinical trials. … Those are the kinds of things we’re looking at, trying to create more competition and more opportunities for competition on the new drug side. The idea is really to make it more efficient to develop drugs in these categories, especially in categories of unmet medical need, where you have a substantial public health interest in having therapeutic variety, because for one thing, one drug might not work in a certain patient, but another one may.

But for another thing, these are the high cost specialty categories where access is sometimes challenging for people, particularly the underinsured and especially the uninsured. And so to the extent that we could see more product competition in these categories earlier, we know that’s going to affect prices. We’ve seen when a second product enters some of these categories, prices do come down, sometimes substantially on a relative basis. Obviously, if a product goes from $100,000 to $50,000 it’s still $50,000. But on a relative basis, that’s a pretty substantial discount. So we want to encourage that kind of competition.

So you’re talking about encouraging more me-too type drugs?
Gottlieb: Well, I don’t consider them me-toos. Me-too is sometimes, when we used to use that word when you and I were doing this 15 years ago, we were talking about the fifth or the 10th statin. I think when you’re talking about the second drug in a very targeted area of medicine, there the products aren’t – they oftentimes have different characteristics, and they oftentimes will work very differently. You look at some of the oncology categories where you might have two drugs in a category, and we see different results from clinical trials when using those drugs. And we think they’re very similar, but they behave a little differently.

That kind of therapeutic variety is extremely important from a public health standpoint. But it also does create price competition. Typically, you don’t see the substantial price breaks that you’re going to see if you see like the fifth or sixth drug entering a category. But even with two drugs in a category you do see competition and discounting. So that becomes important as a matter of access.


In terms of the disease-specific guidances, was there a reason you picked that route?
Gottlieb: A lot of this comes out of consultations with the centers. So you talk about what their priorities are and then you try to marshal the resources and accelerate what they aim to do. I think that they’re looking at areas where there is no disease guidance and there’s a lot of product development and there’s unanswered questions, and they get a lot of questions. Where is there a significant unmet medical need? So those are the kinds of criteria that they used in adjudicating that. I didn’t pick the 10 areas, the expert groups picked them.


You’ve talked about releasing the letters about REMS from the generic companies to the brands. You talked about releasing complete response letters. Is there any activity on that?
Gottlieb: We are looking at places where we can make information more accessible. So you saw what we did on the AERS database and on the FAERS database to make it fully searchable. We’re going to be looking at in the very near future trying to make certain documents that are a component of the medical review process that currently aren’t made available at the time of approval, available at the time of approval, that we think would be relevant to patients and providers, especially providers who want to access to bottom line data that they can use to access products.

But with respect to the letters specifically that are sent to the branded manufacturers at our request by some generic manufacturers, who believe that they’re using REMS as a blocking technique, we’re going to make those public. So I think I’ve talked about that there were 150 requests. The 150 requests are requests that were made by generic companies to evaluate whether or not their REMS is appropriate to provide the safeguards to get access to the drug. We provide the letter back to the generic manufacturer. We presume that sometimes they provide that to the branded company. We don’t know. But if they’re requesting a letter from us, we presume that’s the purpose.

I think the complete response letters, they could be relevant certainly from a clinical standpoint and public health standpoint. They’re probably more relevant from an investment standpoint. That doesn’t mean that they don’t have public health value, because you want capital markets to be efficient. You want investors to be able to make efficient and informed decisions on how they allocate capital, because the capital ultimately is going to lead to the development of new products.

So there is a public health rationale there. But if I’m weighing trying to devote limited resources to try to find ways to create new frameworks and redact documents, the public health value of releasing bottom line information from the clinical development of an approved product that’s going to allow researchers to re-adjudicate results, versus a complete response letter, the bottom line medical information might win out.

Many would argue that this current administration is unusual or not traditional in it is approaches to policy development. Have you faced any unusual challenges that may be a result of that context?
Gottlieb: I’m not going to assimilate your presumption … I don’t know what unusual means. Obviously, I’ve been in government before and I’ve worked for three commissioners and now I’m the commissioner. And from my standpoint it’s never been harder than it is now, because now I’m in the chair. So, I always have a debate with [former FDA Commissioner] Mark McClellan, 'Was it this hard when you did it? And he said it was exactly the same, and I say, 'No, Mark, it feels a lot harder.'

So, it’s hard for me to fully step back and assess things, but I will say that I think things are more difficult now, but it doesn’t relate to anything with respect to the inter-governmental. Actually, that’s working quite well. I have good relationships at the various departments that are relevant to FDA. I have good relationships in the White House. … There are people who are public-health minded who understand FDA in key positions and afford the agency its proper role.

The challenges that I see that are different now than they were 10 years ago are more related to just the expansion and the scope of the agency. The agency is much bigger. Physically, it’s bigger. Its budget is bigger. But it has much more regulatory scope. We didn’t have a tobacco center when I was there. We didn’t have all the authorities on the food side that we have now. So, with those authorities comes new complexity. We didn’t have gene therapy and cell therapy. CBER was a small center when Mark was there. Now it’s a very big center with a lot of products coming through it.

We weren’t working in a 24/7 news cycle. That’s very challenging for a regulatory agency, especially when you want to be responsive and you want to make sure you’re putting out information and you’re responding to things that are being talked about or things that might be in the press. Because as a regulatory agency, we have to clear everything through five chains of review and make sure the lawyers saw it. And we’re looking at Twitter and things are being put out that might misinterpret things that are important to us from health standpoints. That’s a big challenge, too, operating in that kind of news cycle.

So those are the things that I think make the job different and maybe more challenging, and also the complexity of the products themselves. That creates more risk and uncertainty. I think a lot of products are much more complex. More opportunity for sure, but more complexity.