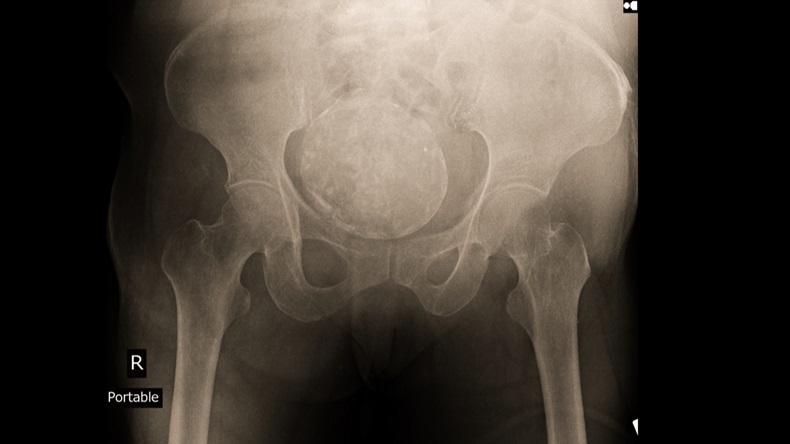 Eight years after pivotal data were presented publicly supporting its use in first-line advanced ovarian cancer after surgery, Roche's VEGF inhibitorAvastinfinally has been approved by the US FDA for this indication.

The June 13 approval covers treatment with Avastin (bevacizumab) in combination with chemotherapy (carboplatin and paclitaxel), followed by Avastin as a single agent, for women with Stage III or IV ovarian cancer after initial surgical resection.

Approval was supported by the GOG-0218 study, which was presented at the American Society of Clinical Oncology meeting back in 2010 and published in theNew England Journal of Medicinein 2011.(Also see "Another Phase III Study Supports Avastin Expansion To Ovarian Cancer" - Pink Sheet, 2 Jul, 2010.) The Avastin combination followed by Avastin as a single agent demonstrated a progression-free survival (PFS) benefit over chemo alone in the study.

"The understanding of the role of Avastin in ovarian cancer has evolved since the read-out of the GOG-0218 study. We have worked closely with the FDA to bring Avastin as a treatment for women with Stage III or IV ovarian cancer after initial surgery, a treatment setting in which chemotherapy was previously the only option," Josep Garcia, Roche/Genentech's global development lead for Avastin, toldPink Sheet.

Genentech pointed out that Avastin now is approved for 10 distinct uses across six different types of cancer in the US. Two of those indications are in ovarian cancer. The FDA cleared Avastin for platinum-resistant recurrent epithelial ovarian, fallopian tube or primary peritoneal cancer, in combination with paclitaxel and pegylated liposomal doxorubicin, in November 2014.

The ovarian cancer indication overall is modestly sized, according to Datamonitor Healthcare, worth an estimated $571m in US sales in 2018.

PFS, But Not OS, Benefit In Pivotal Trial

The first-line GOG-0218 study was run by the Gynecologic Oncology Group (GOG).

The three-arm study tested the Avastin and chemo doublet followed by Avastin for up to 22 weeks versus Avastin/chemo or chemotherapy alone in 1,873 women with advanced ovarian cancer.

The Avastin/chemo plus Avastin single-agent arm demonstrated a significant improvement in median PFS: 18.2 months versus 12 months, a statistically significant 38% reduction in the risk of progression or death (p<0.0001).

"This PFS benefit was achieved with a fixed-duration treatment (up to 22 cycles of Avastin total)," Genentech noted.

The Avastin/chemo arm without Avastin did not show a significant benefit over chemo alone, though there was a small numerical difference, 12.8 versus 12 months.

There also was a difference in overall survival (OS) in favor of Avastin with chemo followed by Avastin over chemo alone – the medians were 43.8 months versus 38.8 months, but this was not statistically significant.

End Of A Long Road

The latest approval in ovarian cancer marks the end of a long road for Avastin in this tough-to-treat tumor type. Positive PFS results from a number of major studies were released between 2010 and 2014, including GOG-0218, OCEANS and AURELIA.

Initially, the company said that PFS was an acceptable endpoint for first-line ovarian cancer, but the lack of OS benefit wound up being a regulatory hurdle in the US. (Also see "Genentech Likely To Wait For Survival Data For U.S. Filing Of Avastin In Ovarian Cancer" - Pink Sheet, 3 Jun, 2012.)

The FDA wound up approving the first ovarian cancer indication in 2014 based on a 3.4-month PFS benefit demonstrated in the Phase III AURELIA study, plus positive results in secondary endpoints like response rate and duration of response. (Also see "FDA clears Roche/Genentech to market Avastin in ovarian cancer" - Scrip, 14 Nov, 2014.)

That first approval demonstrated that a PFS endpoint could be used to support approval in ovarian cancer even without statistically significant improvements in overall survival or validated quality-of-life measures. (Also see "AvastinOvarian Cancer Approval Brings Some Clarity On PFS Endpoint" - Pink Sheet, 24 Nov, 2014.)

"Currently, there are several independent and Roche/Genentech-supported ongoing trials of Avastin in ovarian cancer, including in combination with our anti-PD-L1 immunotherapy Tecentriq (atezolizumab). The Phase III IMagyn050 trial (NCT03038100) is evaluating Avastin in combination with Tecentriq and chemotherapy for the treatment of newly diagnosed advanced ovarian cancer," Garcia noted.