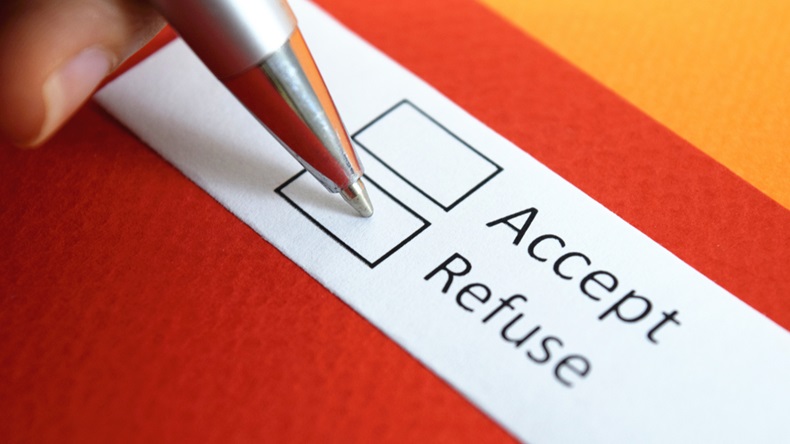 Alkermes PLC's hopes to launch a potential blockbuster depression drug later this year have been dashed. The company announced April 2 that it received a refuse-to-file letter from FDA for a new drug application (NDA) for ALKS 5461 for major depressive disorder in patients with an inadequate response to standard antidepressants.

FDA is requesting additional clinical trials before reviewing the application, which suggests a lengthy delay and is particularly problematic for Alkermes given that several other drug developers are circling in on the treatment-resistant depression market.

The refuse-to-file (RTF) letter surprised some investors mainly because management has sounded confident about FDA acceptance and approval later this year, though some investors had remained skeptical because of the data package. During the company's fourth quarter call in February, CEO Richard Pops talked about 2018 as being a year of investment to lay the foundation for growth ahead of the launch of ALKS 5461. (Also see "Late-Stage CNS Drugs Key For Alkermes, But Early-Stage IL-2 Agonist Fascinates" - Scrip, 28 Feb, 2018.)

The company's stock opened 19% lower April 2 on the news at $46.75, and closed down nearly 33% at $45.23. Investors will not be reassured by the fact Pops sounded so surprised about the turn of events during a same-day conference call.

"We have had many interactions with FDA over many years, culminating in a pre-NDA meeting last summer, which led to the commencement of our rolling submission," he said. "While we expected there to be questions during the review process, in none of these interactions did FDA raise concerns which would lead us to expect an RTF."

Alkermes initiated the rolling NDA submission in August 2017, a pathway open because the drug had a fast track designation from FDA, which is intended to help facilitate a faster review of drugs that treat serious conditions or address unmet medical needs. In that way, the letter is unexpected because Alkermes had the opportunity to meet with FDA and agree on the content and timing of the NDA submission.

At the same time, some investors and analysts had remained skeptical that FDA would approve the NDA based on the results of a single Phase III trial. The regulatory approach was considered risky since one trial, FORWARD-5, was positive, but two prior Phase III trials had failed. (Also see "Will Alkermes Data Package Support ALKS 5461 Approval?" - Pink Sheet, 23 Oct, 2016.)

The package included data from four randomized placebo-controlled studies, including Phase II studies, with over 1,500 patients. Another Phase III trial is ongoing.

As Barclays analyst Douglas Tsao put it in a same-day research note, "While we didn't think approval of ALKS 5461 was a certainty, we're surprised that the FDA refused to accept the NDA to review based on a lack of sufficient evidence considering Alkermes' management's confidence in recent months."

The letter cites concerns from FDA about insufficient evidence of overall effectiveness, which doesn't bode well for a quick turnaround of the NDA. A substantial delay could put Alkermes at a competitive disadvantage, given that several rival drugs are advancing through late-stage development in depression, including Johnson & Johnson's esketamine for treatment-resistant depression and SAGE Therapeutics Inc.' brexanolone for postpartum depression. (Also see "How 2018 Will Affect The Depression Market" - Scrip, 7 Feb, 2018.)

Evercore ISI analyst Umer Raffat highlighted the competitive dynamics in an email to investors. "This FDA delay compresses the timelines further amidst several competitor programs making meaningful progress in the depression space," he said. "As a result, we are lowering our peak sales potential (and probability of success) to $800m from $1.2bn."

FDA is requesting additional clinical trials be completed for ALKS 5461 prior to resubmission. The agency has also requested a bioavailability study be conducted to generate additional bridging data between ALKS 5461 and the reference drug buprenorphine.

"This is surprising and troubling to us," Pops said, since the results of the data had been previously shared with FDA in two separate meetings and presented at a major medical meeting.

"FDA did not express their view that the evidence of effectiveness was insufficient to support a full review of the NDA," he said. "We obviously disagree with FDA's conclusions, and we expect them to only render final judgement after a complete review of the NDA."

Alkermes plans to appeal FDA's decision. Pops said the company will immediately request a Type A meeting with FDA to determine the next steps. The company said it may also need to revise its 2018 financial guidance.

The company forecasted in February that revenues would grow to $975m to $1.015bn this year, driven by currently marketed drugsVivitrolandAristada, but Alkermes also expected a substantial increase in SG&A expenses driven by commercial investment in ALKS 5461.