How To Make A Global First-In-Class Drug In China

The story so far of how an aspiring Western returnee researcher became a fully charged pharma entrepreneur in China’s wild world of drug innovation. 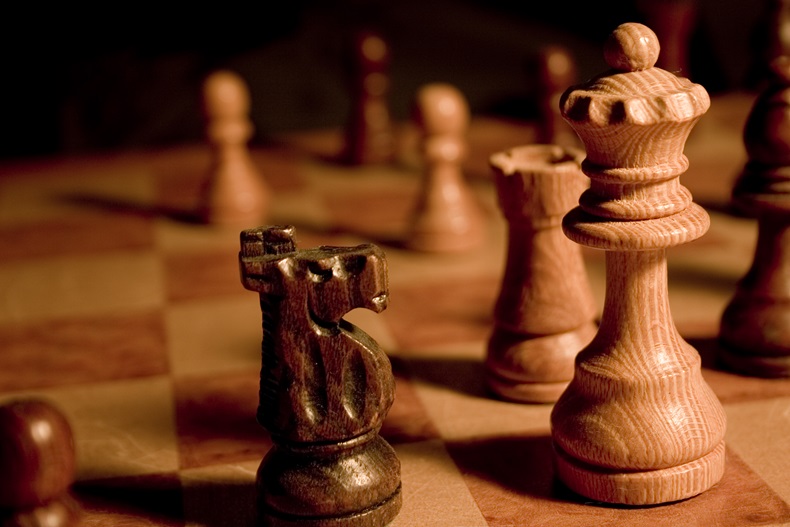 Ambition, tenacity and a large dose of self-belief are three vital traits in any leader. Platitudes aside, putting an aspirational plan into place and acting on it often also takes a leap of faith. One R&D leader with such belief in the potential of his product is researcher turned CEO Chen Genghui, who took the metaphorical bull by the horns and ran with it, all the way to China.

When Chen gathered his total savings of $100,000 and bought the Chinese patent to a chemical compound from three colleagues working jointly at a Canadian university lab, he vaguely believed in China being a much bigger opportunity.

And 15 years later he has largely succeeded. "The journey has been a rewarding one, because I would never have had to do so many things by myself if I had stayed on as a company CEO in Canada," Chen told Scrip in an interview conducted at his Beijing office.

Chen found benvitimod, a nonsteroidal and non-immunosuppressive anti-inflammatory compound, while studying at Simon Frasier University lab as a PhD student. Along with his academic mentor and two other colleagues, they promptly filed the patent applications for the small molecule compound as a topical treatment for psoriasis.

During initial preclinical testing, benvitimod had shown such a promising result that Chen and two others set up a biotech, Welichem Biotech Inc., to develop and commercialize it. The biotech eventually went public and listed on Canada’s stock market.

Since the launch of Daivonex (calcipotriol scalp solution) by major dermatology drug maker Leo Pharma AS in 1993 there has been no novel topical treatment for psoriasis. Several biologics, including Siliq (brodalumab) from Valeant Pharmaceuticals International Inc.,gained FDA approval for plaque psoriasis, but no small molecule treatment has been launched.

The Call Of China

China has one of the largest populations for dermatitis conditions. Roughly 8-10 million people suffer from psoriasis, a condition that is long-lasting, affecting skin to varying degrees from small patches to the whole body, and the patient's quality of life.

After Chen and the team successfully secured the patents for benvitimod in four major markets; US, Europe, Japan and Australia, Chen sensed a bigger opportunity – China – and he was determined to do something about it.

Although the disease occurrence rate is higher for Caucasians than Asians, (1.5% for Caucasians versus 1% for the Japanese), the sheer size of the Chinese population indicates a large clinical need.

"I gathered all my savings to pay for the Chinese patent," recalls Chen. The amount came to C$100,000, a large sum for a student, but the chance seemed too big to pass on. Leaving his wife and two children behind in Canada, Chen left the position of CEO for British Columbia-based Welichem and returned to China in 2005.

He set his sights on Shenzhen, a booming metropolitan city that traces its roots back to a fishing village near Hong Kong. Chen had a relatively smooth start, setting up a company, Shenzhen Tianjin (Shenzhen Celestial Pharmaceuticals Ltd.) and started filing for the clinical trial application in China with Guangdong provincial FDA.

Investment followed. The owner of a domestic steel mill, in a bid to diversify his fortune, supported the novel compound’s research and development in China. The private investment allowed Chen to start preparing for clinical trials and regulatory filing. However, he could not have predicted that initial promising clinical trial results would bring in not lucrative deals, but rather a decisive rejection.

The grants, however, came with conditions. When multinational drug makers GlaxoSmithKline PLC, Johnson & Johnson and others come knocking on Chen’s door in a bid to license the global rights to the promising compound, they encountered Chinese regulatory hurdles.

"We had to file a plea to out-license the Chinese rights to GSK, after the UK firm won the final bid, to the China’s Office of National New Drug Breakthrough Project," Chen explains. "But they didn’t know how to handle the issue. So, they had to send it up along the hierarchy. The plea eventually reached then vice Premier Li Keqiang. Li ordered officials from 12 ministries and agencies to meet us face-to-face, and the answer was effectively a resounding no.”

While China is known to be a hot bed for the 'quick-follower' drug development model, a first-in-class global novel drug would be unheard of.

Years later, Chen still remembers vividly how it felt sitting on the other side of a long table looking at the faces of the officials, who had the order from the Premier.

Eventually, GSK’s subsidiary Stiefel reduced the offer and obtained the ex-China rights to benvitimod from Welichem for $24m.

Without the comfort from a deal struck with a large multinational drug maker, Chen realized that the next step for Shenzhen Celestial Pharmaceuticals was to look for a partnership with a domestic heavyweight. Fosun International Ltd.seemed an ideal partner. With a product portfolio filled with generics and active ingredients, the Shanghai stock exchange-listed drug maker was eager to jump on the bandwagon of a novel class 1.1 new drug.

Chen’s company and Fosun swiftly struck a deal. He then bid farewell to friends in Beijing and moved to Shanghai, relocating again to unfold a new chapter for his China dream. To everyone’s surprise, the seemingly perfect tie-up didn’t work out.

After three months spent in Shanghai working alongside a Fosun team, Chen returned to Beijing, empty-handed. Talking about the flop, he cited a lack of genuine interest to develop the drug further, and few capable hands on Fosun’s side.

With previous background working at Cubist Pharmaceuticals Inc., he worried that out-licensing the compound to a large drug maker would see it shelved or pushed aside, deprived of active development for years.

In effect, the concept of locally developing a novel drug from scratch is so new in China that even the regulators sometimes don’t know what to do, Chen says.

After obtaining a China FDA clinical trial approval covering Phase I to Phase III, Chen started a Phase I study in China in 2010, badly lagging behind his former colleagues at Welichem, who already had a Phase II study for the asset under way.

The regulatory delay was caused mainly by China’s drug review system which isn't harmonized with international standards. Topical dermatology drugs, along with cancer drugs, are allowed to be used in patients for a Phase I study, but Chinese regulators insisted on starting with healthy volunteers.

If financing has been relatively easy, convincing Chinese regulators about a made-in-China novel drug has been half the battle, Chen says. Although it has 4,700 drug makers, no novel drug developed domestically in China has ever reached the world stage. Regulators doubt that the domestic industry has the ability to innovate and develop a novel compound from scratch.

In 2014, Shenzhen Celestial started a Phase III trial with a view to making a regulatory filing with the China FDA. Then, a storm hit. On July 22, 2015, CFDA launched a crackdown on clinical data irregularities. The agency ordered sponsors of over 1,600 new drug applications to conduct a massive data self-audit. Thus, over 80% of drug makers selected by the agency withdrew their NDAs, and more companies quietly started internal scrutiny.

By then, Chen had completed a pivotal study conducted in 22 sites around the country. However, if the company wanted to have confidence in the results of the study, a rigorous examination of the data seemed inevitable, even though an external CRO conducted the studies.

At the height of the crackdown, Chen spent months stationing himself at certain hospitals going through each dataset. Dozens of cases were eventually excluded. However, the exclusion didn’t impact the trial results, finalized in November 2016 after the study completed in 2013. The results showed that the study’s primary endpoint, PASI75 for mid to severe psoriasis patients on 12-week treatment of bentivimod, was 51.2%, compared with 37.9% for Leo’s calcipotriol.

PGA response rate was 66.9% vs. 63.9%, showing benvitimod is not inferior to calcipotriol. In a long-term 52-week trial, recurring cases among 59 patients numbered 30, the rate was 50.8% and the median recurrence time was 36 weeks.

After the examination, the company filed the new drug application with CFDA in late 2016.

Despite the rollercoaster ride, Chen said the decision to leave all behind and develop bentivimod in China had been a wise decision without regret. "In China, you have all the things that would have been unthinkable to a researcher [in Western countries]," he said. Such is the deep-rooted aspiration to launch China’s first innovative new drug, rather than simply copying from the West, and the physician’s strong desire to contribute to something much bigger than clinical studies.

Commercialization is another learning curve. But with the top experts onboard the clinical study, the market launch should be smooth sailing. The next step is to develop additional indications of atopic dermatitis. So far, Chen has been optimistic about the prospect; after all, benvitimod is still under Phase II development by GSK outside China, while in China a regulatory approval is pending and could be finalized in months, which could realistically beat the overseas R&D progress.