First Of Its Kind: Beam Seeks To Erase-And-Replace Single Letters In DNA's Alphabet 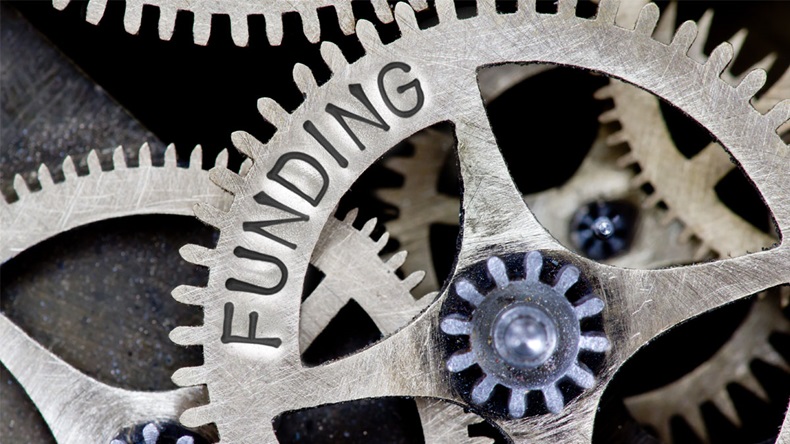 Beam Therapeutics was founded about a year ago to assemble the technology needed for scientists to edit DNA by changing a single letter in the genetic code, and now the company says it has the tools necessary to develop novel therapeutics.

Cambridge, Mass.-based Beam officially launched on May 14, revealing that the first-of-its-kind company has raised $87m in venture capital in a Series A round led by F-Prime Capital Partners and ARCH Venture Partners. Beam licensed its technology from multiple gene-editing pioneers, including the labs of David Liu at Harvard University and Feng Zhang at Harvard and the Massachusetts Institute of Technology's (MIT's) Broad Institute, with an additional license for gene-editing technology from the CRISPR specialistEditas Medicine Inc..

The idea for Beam arose about two years ago, after Liu first published his research on changing a single letter in DNA. The Harvard scientist devised a way to erase and replace just one of the billions of nucleobases, or bases, that make up an individual's DNA. The technology can rewrite a single adenine (A), guanine (G), thymine (T) or cytosine (C) nucleotide in a person's genetic code to treat or cure disease without cutting the DNA or RNA to insert or remove a segment of DNA or RNA, as is done with CRISPR gene-editing technologies.

CRISPR technology was invented less than four years ago but is so accurate, versatile, easy to use, and inexpensive that it has spread quickly through biology laboratories, transforming the way gene editing is done and offering its potential use in a wide array of therapies. HereScrip tells you all you need to know about this disruptive technology.

Evans added: "The world needs both scissors and pencils. I think both technologies have a real important role to play in the future. But, in general, if what you're trying to do is change a single letter in the genetic code, both in DNA and in RNA before it gets expressed, I'm pretty confident that base editing looks like the way to do it. That's our job, is to basically go through and find the places where single-base changes are the optimal therapeutic outcome."

The CEO, who previously was senior vice president of corporate development and portfolio leadership at Agios Pharmaceuticals Inc. and is a venture partner at ARCH, declined to say exactly how far Beam will be able to advance its therapeutic programs with its $87m in Series A cash. He said the money will last for multiple years, allowing Beam to fill out its team beyond its initial 15 employees and build up a pipeline of therapeutic candidates.

The company mapped the landscape of genetic disease to identify which indications would make sense for a base-editing approach. Evans explained that each indication was put through three filters: Does it appear that a single base edit will cure that disease? Is the genetic sequence around the targeted site a good fit for Beam's base editors? Is it in a tissue where the technology can effectively edit the DNA?

So far, 10 to 15 possible therapeutic programs have made it through those filters and are being actively explored, and various delivery methods are being considered – bothex vivo andin vivoediting modalities, which could be delivered by adeno viral vectors, lipid nanoparticles or both.

"It's less about types of disease areas," Evans said. "It's more about what you want to do genetically. If you want a bigger change, like you're going to slot in a whole gene sequence or you're going to delete a huge segment of gene or some kind of remodeling, you'd want to use gene editing. Whereas if you want to make a single base change without otherwise disrupting the gene, you're going to want to use base editing. There probably are good ideas on both sides of the coin in cancer and liver disease and blood disease and ophthalmology and other places you can go."

He noted that about half of all of the genetic drivers of disease are single base changes or point mutations, which would require correcting the misspelled or mutant base change back to its normal form. Also, looking at genetic data on broad populations, scientists might identify a protective base change in cardiovascular, liver or neurodegenerative diseases, for instance, and make the same base edit in the DNA of patients with those diseases.

Evans said Beam isn't necessarily looking for partners to apply its technology to diseases that they're interested in, but it may entertain such collaborations and has had inbound requests to consider partnerships. However, he indicated that the company is financed so that it doesn't need to raise money from partners in the near term to fund its drug discovery and development.

In terms of bringing in new technology to expand its platform, Evans noted that Beam always is looking at new base-editing or related science, but it primarily is focused on using the technology assembled to date to generate therapeutic candidates.

The company's second license agreement is for RNA base-editing technologies from Zhang’s lab at the Broad Institute, including an RNA-editor platform that involves Cas13 linked to an adenosine deaminase to make A-to-G edits in RNA.

Beam also sublicensed technology from Editas, whose scientific advisors include Liu and Zhang as well as the genomic research pioneer and MIT/Harvard professor George Church, and Keith Joung, a professor, researcher and pathologist at Harvard and Massachusetts General Hospital (MGH).

The sublicense agreement with Editas gives Beam access to base-editing technologies developed in the Liu Lab at Harvard and CRISPR technology developed in the Joung Lab at MGH. The company also has an exclusive option to sublicense other Cas9 and Cpf1 patent families for base editing.

Editas Medicine took an equity stake in Beam and is eligible to receive royalty payments based on sales of therapeutics using the sublicensed intellectual property and technologies.