Five Trials To Look Out For At The AHA Meeting

Philadelphia is due to host the American Heart Association (AHA) meeting for the first time from 16-18 November, with the conference taking place in its condensed three-day format for just the second time. Scrip takes a look at the expected highlights. 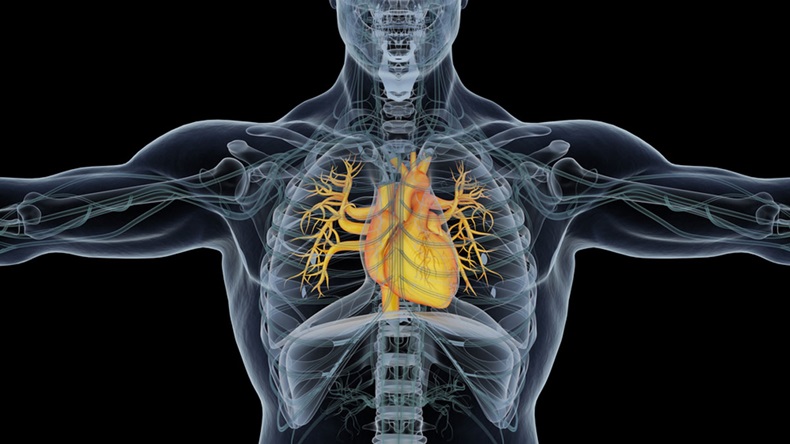 Late-breaking science sessions at this year’s American Heart Association meeting taking place from 16-18 November in Philadelphia, PA, will include some closely watched late-stage studies, including for The Medicines Company’s RNA interference drug inclisiran. Here Scrip takes a look at this and four other products for which data are due to report at the meeting.

The Medicines Company’s Inclisiran
Pivotal data from the ORION-9 and ORION-10 studies of inclisiran will be presented across two separate late-breaking sessions at the meeting.

Regulatory filings for inclisiran remain on track for the fourth quarter of 2019 in the US and first quarter of 2020 in the EU following positive top-line data from the ORION-9 and ORION-10 studies released earlier this year. Inclisiran targets PCSK9 mRNA and its twice-yearly dosing schedule will make the drug a compelling alternative to other PCSK9 inhibitors such as Praluent (alirocumab) and Repatha (evolocumab).

The full data from the ORION-10 study will be presented first on Saturday. This US-focused study in atherosclerotic cardiovascular disease is already known to have met all its primary and secondary endpoints but the numerical details will be key. The ORION-9 study recruited patients with heterozygous familial hypercholesterolemia and will be presented on Monday.

Inclisiran was shown at the 2019 European Society of Cardiology (ESC) Congress to produce a 49% reduction in LDL-C after 17 months of treatment in the ORION-11 trial of atherosclerotic cardiovascular disease, conducted primarily in the EU. (Also see "Inclisiran’s Safety Data Suggest Game-Changing Potential In PCSK9 Market" - Scrip, 3 Sep, 2019.)

Resverlogix’s Apabetalone
Resverlogix Corp.’s Phase III BETonMace trial of apabetalone may have failed to failed to meet the primary endpoint of reduction in major adverse cardiovascular events when added to standard of care in high-risk patients with type 2 diabetes, recent acute coronary syndrome, and low HDL cholesterol, but the company is hoping for a reprieve for the product.

Because of its small size, BETonMace may not have reached a p value of <0.05 despite showing numerical – and maybe clinically significant – benefits for apabetalone treatment, and so a larger cardiovascular outcomes trial could be merited, Resverlogix believes. However, analysts at Datamonitor Healthcare say the likeliest outcome, considering the long and mixed history of the drug, is that further development will be halted in the absence of considerable financial investment.

Vascepa is currently indicated as an adjunct to diet to reduce triglyceride levels in adult patients with severe (≥500mg/dL) hypertriglyceridemia, and is undergoing regulatory review for a label expansion based on the REDUCE-IT cardiovascular outcomes trial (US Food and Drug Administration advisory committee scheduled for 14 November). A positive decision could greatly expand its label to include less severe hypertriglyceridemia patients in the 150–499mg/dL range, as well as an additional claim about its cardiovascular risk reduction. (Also see "Amarin's Vascepa Momentum Builds Ahead Of Next Week's FDA AdComm" - Scrip, 5 Nov, 2019.)

The data at the AHA are from the separate Phase IV EVAPORATE study, which compared the effect of Vascepa with placebo on progression of coronary atherosclerosis among patients with elevated triglycerides in the range of 200–499 mg/dL.

AstraZeneca’s Farxiga
The DAPA-HF trial of AstraZeneca PLC’s SGLT2 inhibitor Farxiga (dapagliflozin) were a highlight of the 2019 ESC Congress, positioning the diabetes drug as a new standard of care in the treatment of heart failure.

Farxiga was shown to reduce the composite endpoint of cardiovascular death or worsening heart failure by 26% when given on top of standard of care and the benefits were seen in both diabetic and non-diabetic patients. (Also see "Farxiga Data Change Heart Failure Treatment Outlook" - Scrip, 2 Sep, 2019.)

The new data at the AHA meeting will focus on the subgroup of patients in DAPA-HF who were non-diabetic. Farxiga has recently received an expanded approval in the US to prevent hospitalization for heart failure in type 2 diabetes patients, making it the first SGLT2 inhibitor to gain this indication outside of diabetics with renal disease.
(Also see "AstraZeneca’s Farxiga Approval In Heart Failure A First For SGLT2 Inhibitors" - Scrip, 22 Oct, 2019.) The new data will be important for prescribers as they adopt it more deeply within treatment practices, Datamonitor Healthcare analysts say.

AstraZeneca’s Brilinta
The Sunday late-breaking session will include the presentation of data from TWILIGHT, which will show that high-risk patients undergoing percutaneous coronary intervention (PCI) treated with Brilinta (ticagrelor) can drop background aspirin after three months and have a reduction in the risk of bleeding without any increase in ischemic events.

There is a move towards decreasing the length of dual antiplatelet therapy (DAPT), and these data will help guide taskforce recommendations, said Datamonitor Healthcare, also bearing in mind the less impressive results of the GLOBAL LEADERS trial that evaluated a one-month treatment duration for aspirin in addition to Brilinta.

The TWILIGHT data have already been showcased at the San Francisco Transcatheter Cardiovascular Therapeutics (TCT) meeting in September 2019.