Five Late-Breakers To Watch For At ASCO 2021 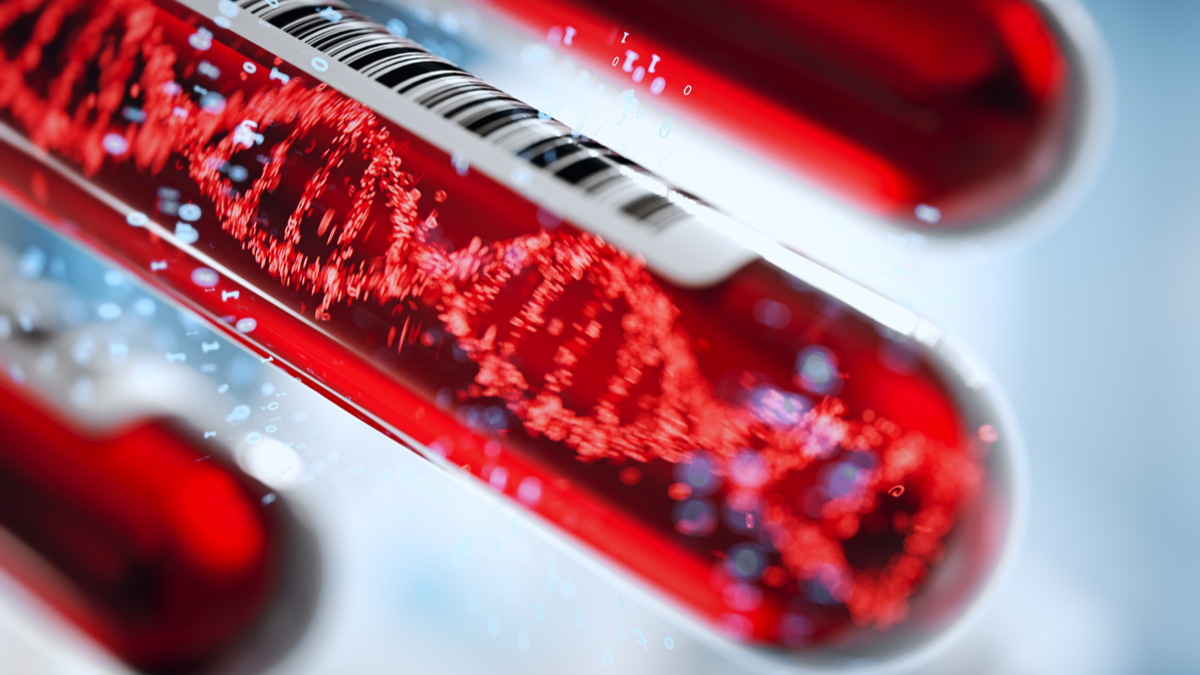 A significant new commercial opportunity could open up for AstraZeneca PLC’s Lynparza (olaparib) on the back of the OlympiA study, the first numerical data from which will be presented in a plenary session at ASCO.

The Phase III study is testing the PARP inhibitor as an adjuvant treatment in patients with germline BRCA mutant (gBRCAm) high-risk HER2-negative early breast cancer, who have completed definitive local treatment and neoadjuvant or adjuvant chemotherapy.

AstraZeneca has already announced plans to file global regulatory submissions for Lynparza as an adjuvant treatment for high-risk HER2-negative early breast cancer in the second half of 2021.

Lynparza is already a standard-of-care therapy for gBRCAm advanced breast cancer patients, but a label expansion would take it into the larger adjuvant setting.

AstraZeneca is also ahead of rival PARP inhibitors here. The product was the first in this class to get a metastatic breast cancer label, back in 2018 on the basis of the OlympiAD study, when it was approved for gBRCAm HER2-negative metastatic disease previously treated with chemotherapy either in the neoadjuvant, adjuvant or metastatic settings.

Pfizer Inc.’s Talzenna (talazoparib) is to date the only other PARP inhibitor with a breast cancer label, also in gBRCAm HER2-negative locally advanced or metastatic breast cancer, but a Phase II trial in the neoadjuvant setting was halted following a change in clinical development strategy not related to safety and efficacy. None of Lynparza’s other rivals, such as GlaxoSmithKline plc’s Zejula (niraparib), is in company-sponsored late-stage trials for use in the (neo)adjuvant setting.

In the plenary session, Chinese firm Shanghai Junshi Biosciences Co., Ltd. will reveal the first numerical results from the JUPITER-02 trial of its anti-PD-1 antibody toripalimab in frontline nasopharyngeal cancer.

Toripalimab was the first domestically developed PD-1 to be approved in China back in 2018 for melanoma, a less prevalent cancer type in China, and was approved in April this year for bladder cancer.

The company previously announced that that the JUPITER-02 study had reached its primary endpoint of progression-free survival (PFS), which made toripalimab the first drug to demonstrate such a benefit in nasopharyngeal cancer.

In February, the drug received a conditional Chinese approval for the treatment of patients with recurrent or metastatic nasopharyngeal carcinoma after failure of at least two lines of prior systemic therapyand an sNDA for toripalimab in combination with chemotherapy for the first-line treatment of patients with advanced recurrent or metastatic nasopharyngeal carcinoma was accepted by the NMPA in March.

But Shanghai Junshi’s ambitions for the product spread beyond China. A partnership with Coherus BioSciences, Inc. has already signaled Shanghai Junshi’s intention to bring the drug to the US and a rolling BLA submission has been initiated with the US Food and Drug Administration for the treatment of recurrent or metastatic nasopharyngeal carcinoma. (As China Prices Drop Junshi Looks To Coherus To Take PD1 Global)

“Considering the high level of unmet need presented by nasopharyngeal cancer in the US market and the lack of any competing therapies in the pipeline, toripalimab’s approval is in little doubt,” said the Biomedtracker/Datamonitor analysts. “Nevertheless, physicians and patients alike will be keen to determine the benefit offered by the drug for this relatively rare and hard to treat disease.”

The study is comparing Lutetium 177Lu-PSMA-617 in combination with investigator-chosen best standard of care against standard of care alone, and in March, Novartis disclosed that the primary endpoints of improved PFS and OS had been achieved in a much-needed boost to its pipeline. (Novartiss Targeted Radioligand Improves OS And PFS In Prostate Cancer)

Novartis is pioneering the use of targeted radioligands in cancer, and 177Lu-PSMA-617 was added to the pipeline after the company acquired the US biotech Endocyte in 2018. The product is also in Phase III for use before taxanes in patients with mCRPC. Novartis already markets Lutathera (177Lu DOTA octreotate), for the treatment of unresectable or metastatic somatostatin receptor-positive gastroenteropancreatic neuroendocrine tumors.

“A survival improvement over standard options would be a significant achievement and provide a novel strategy for treating late-stage prostate cancer patients, a segment of unmet need,” said the Biomedtracker/Datamonitor analysts. “The first safety and tolerability data are also expected in this presentation and will help determine the overall outlook for Lutetium 177Lu-PSMA-617.”

Around 90% of prostate cancer tumors express PSMA but there is some variability in the level of expression. High PSMA expression is associated with higher Gleason grade and worse overall survival, and analysts at Jefferies expect 177Lu-PSMA-617, if approved, to be mainly used in patients identified as having a higher Gleason grade and high PSMA. This still represents a sizeable population as between 60%-80% of patients have high-grade prostate cancer.

Regulatory filings based on these results are expected in the EU and US during the second half of 2021. Analysts at Jefferies have previously forecast worldwide peak sales of $600m but said this was potentially conservative if the VISION data are impressive and its use extends to earlier lines.

Having previously announced that its primary endpoint of DFS had been met, Merck & Co., Inc. will report the first quantitative results from KEYNOTE-564, a Phase III trial evaluating the use of post-operative Keytruda (pembrolizumab) in locally advanced renal cell carcinoma (RCC).

The KEYNOTE-564 results are the first to show benefit with a PD-1 or PD-L1 inhibitor in adjuvant RCC and could set up the drug to add a second indication in the lucrative early-line setting. The 950-patient trial is continuing to accrue data for its key secondary endpoint of overall survival. (Merck Cos Keytruda Stakes Another Adjuvant Flag In RCC)

Keytruda obtained US approval to treat first-line advanced RCC in combination with Pfizer’s tyrosine kinase inhibitor Inlyta (axitinib) in 2019, and the new data will be submitted to regulatory authorities, the company said.

The KEYNOTE-564 data are welcome after the failure of previous therapeutic regimens using tyrosine kinase inhibitors to show a benefit in early kidney cancer.

Given high rates of post-nephrectomy recurrence and the lack of any targeted adjuvant therapies in localized disease, this treatment setting remains a major unmet need in the indication and the magnitude of the benefit observed could prove to be a major development in the treatment of the disease, said the Biomedtracker analysts. With positive data ahead of its direct competitors, Merck could find an avenue for further growth with Keytruda in adjuvant RCC.

Keytruda already has approval as adjuvant therapy in one cancer type, melanoma with involvement of lymph nodes following complete resection, and Merck believes the KEYNOTE-564 data are a positive step in its efforts to bring Keytruda to earlier-stage cancer settings.

The results will also be significant for the Keytruda’s rivalry with Bristol Myers Squibb Company’s Opdivo (nivolumab) in the RCC treatment, as its Phase III CheckMate 914 trial is also seeking to establish  Opdivo as an adjuvant therapy for locally advanced tumors.

This followed an earlier readout which demonstrated that a similar trial, CheckMate 649, had improved PFS and OS over chemotherapy alone in both first-line gastric and esophageal adenocarcinomas (EACs). In doing so, Opdivo became the first agent to demonstrate such a benefit in HER2-negative tumors for either disease, marking a major win for BMS, note the Biomedtracker/Datamonitor analysts. (ESMO BMSs Opdivo Edges Merck Cos Keytruda In FirstLine Advanced Gastroesophageal Cancers)

However, in esophageal cancer, Opdivo will encounter competition from Keytruda’s KEYNOTE-590 regimen, which recruited both EACs and ESCCs. Given that CheckMate 649 trial only recruited gastric cancers and EAC patients numerical data from CheckMate 648 will be crucial for establishing how the rival PD-1 antibodies compare across histological types.

ESCC and EAC together are the two most common subtypes of esophageal cancer, each making up approximately 45% of the patient population in the US (though distribution varies globally).