From the approval of AZT to the generic drug scandal, Frank Young oversaw many seminal events at US FDA while commissioner from 1984 to 1989. After leaving the agency, he managed the approval of the NDA for Braeburn's opioid dependence drug Probuphine. Young passed away following a short bout with cancer. 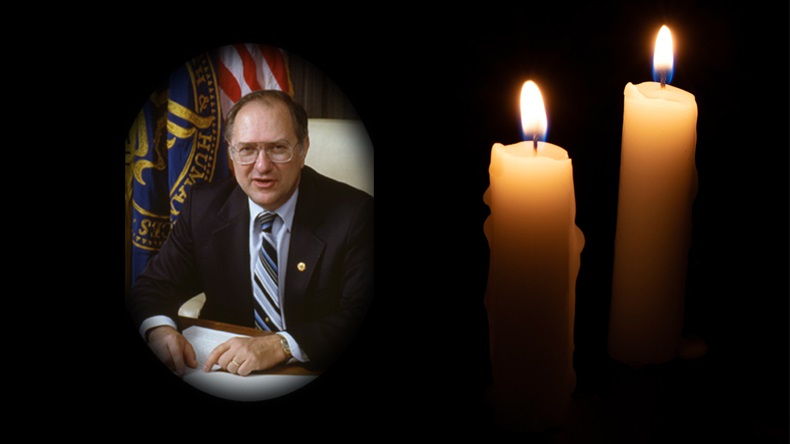 Frank Young, the first and only former commissioner of the US Food and Drug Administration to successfully manage and submit a new drug application after leaving the agency, passed away late on 24 November. He was 88.

Young, who headed the FDA from 1984 to 1989, had recently been diagnosed with B-cell lymphoma.

He played a notable role at Braeburn Pharmaceuticals Inc. upon assuming the position of executive vice president of clinical and regulatory affairs in 2013. In this capacity, Young helped to push the company's embattled opioid dependence drug Probuphine (buprenorphine implant) across the FDA approval finish line.

Braeburn announced a few months later in September 2013 that it was hiring Young, with a clear eye on winning FDA approval for Probuphine.

"I joined Braeburn Pharmaceuticals because helping people overcome the life-threatening risks and health hazards of opioid addiction while supporting their journey to recovery is among the highest priorities of public health today," Young said in a statement at the time. "I am impressed with Braeburn’s commitment to develop therapies to mitigate health problems associated with opioid addiction. I look forward to working with FDA and the Braeburn team to satisfy fully FDA’s concerns."

Braeburn and Titan resubmitted the NDA in August 2015. Probuphine won an endorsement from the FDA's Psychopharmacologic Drugs Advisory Committee and ultimately scored an agency approval for the drug in May 2016. (Also see "Keeping Track: A Good Week For Biologics And Probuphine, Less So For Eteplirsen And ZS-9" - Pink Sheet, 30 May, 2016.)

Accomplishment And Scandal At FDA
At the FDA, Young oversaw several significant agency milestones, including the enactment of Hatch-Waxman in 1984 and the approval of zidovudine as the first drug for the treatment of AIDS in 1987. (Also see "BURROUGHS WELLCOME's RETROVIR WILL BE SHIPPED IN 2-3 WEEKS; DRUG WILL BE SHIPPED DIRECTLY TO PHARMACISTS ON A PATIENT BY PATIENT BASIS" - Pink Sheet, 30 Mar, 1987.)

"Frank dedicated his life to public health and public service," former FDA commissioner Mark McClellan said in a statement to the Pink Sheet.  "He led the FDA through some critical changes, and continued to support its mission for the rest of his life."

Young was also commissioner when the FDA was going through the generic drug review scandal, which involved revelations of corruption among generic drug manufacturers and agency officials. The scandal resulted in Young's reassignment to the Department of Health and Human Services as Assistant Secretary for Health, Science, and the Environment. (Also see "SCRIPPS PRESIDENT CHARLES EDWARDS MAY RETURN TO FDA AS "INTERIM" HEAD; HARD-NOSED MANAGEMENT, TOP REPUTATION COULD HELP FDA THRU TOUGH TIMES" - Pink Sheet, 20 Nov, 1989.)

"Frank was an excellent commissioner," Peter Barton Hutt, senior counsel at Covington & Burling and a former FDA chief counsel, told the Pink Sheet. "He ushered the recombinant DNA era into the FDA. He left as a result of the unpredictable and unknowable crisis created by the fraudulent activity from a few people in the generic drug program. There’s no way he could have known that, no way he could have predicted it himself.”

Young then served as director of the National Disaster Medical System for the US Public Health Service and director of the Office of Emergency Preparedness in HHS from 1993 to 1996. During his time at HHS, Young received the Surgeon General’s Award for Outstanding Integrity and the Surgeon General’s Exemplary Service Medal from the US Public Health Service.

After 12 years in government service, Young went on to serve in a variety of industry positions. He had been serving as executive vice president for clinical, regulatory affairs and quality for regenerative medicines developer TissueTech from 2018 until his death.

Young was also a devout Christian. Following his retirement from the public sector, he spent six years at the Fourth Presbyterian Church in Bethesda, MD as a pastor and as a vice president of the Reformed Theological Seminary. (Also see "Life After White Oak: Hamburg’s Predecessors Offer Glimpse At Where Pharma Might See Her Again" - Pink Sheet, 9 Feb, 2015.)