Farah Ahmed, president and CEO of the Fragrance Creators Association, discusses the trade group’s expansion in recent years beyond immediate regulatory and legislative concerns to a platform for robust member collaboration in the name of positively impacting the world. 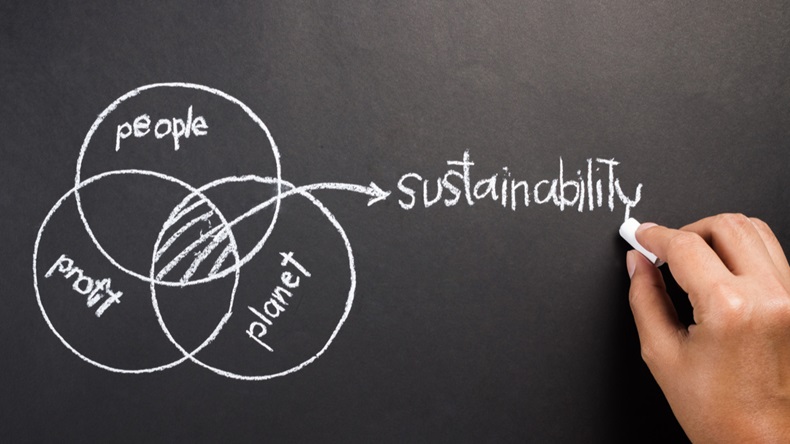 The Fragrance Creators Association will go live with a new consumer-facing website in mid-December, reflecting a deeply collaborative effort among its members that is emblematic of the group’s evolving strategy, according to President and CEO Farah Ahmed.

“Being a member of Fragrance Creators means you believe deeply in the importance of coming together to do good for the world in ways only possible by working collectively,” Ahmed states in her preface to FCA’s 2019 Impact Report, which highlights the group’s successes in a challenging US climate.

“Through foresight, innovative approaches, rapid mobilization, and focusing on delivering direct and meaningful ROI, we have emerged as ‘association 2.0,’” she says.

Two years later, the trade group reinvented itself with a new website, logo and name, the last a nod to the diversity of individuals and roles driving the manufactured scents that consumers use, encounter and delight in every day.

The idea was to humanize the industry and engage more actively with the public at a time of increasing fragrance awareness and interest in the safety of fragrance ingredients. (Also see "IFRA North America Reborn As Fragrance Creators Association, Emphasizing Human Element" - HBW Insight, 9 May, 2018.)

The group’s evolution in recent years parallels that of PCPC a decade earlier when the organization changed its name from the Cosmetic, Toiletry and Fragrance Association, implemented a new motto and launched an informational website for consumers, cosmeticsinfo.org.  (Also see "CTFA Reinvents Itself With New Name, Motto, Consumer-Oriented Web Site" - HBW Insight, 3 Dec, 2007.)

Ahmed was PCPC’s assistant general counsel at the time. She went on to serve as the organization’s chair of strategic industry categories before moving to FCA.

It makes sense that FCA’s journey is mirroring PCPC’s. The latter’s makeover in late 2007, the same year it adopted a Consumer Commitment Code, responded to growing regulatory pressures and heightened demand among consumers for greater transparency and ingredient safety assurances.

It was only a matter of time before consumers and their NGO champions focused their sleuthing on one of the last great mysteries in the beauty sector, the generic and ubiquitous “fragrance” entry on labeled ingredient lists, which critics have come to characterize as a dreaded black box of toxic secrets.

Legislative proposals to “unmask” fragrance in consumer goods have been gaining traction in recent years. The Cleaning Product Right to Know Act, signed into law in California in 2017, paved the way for the proposed Cosmetic Fragrance and Flavor Ingredient Right to Know Act, SB 574, which ran out of steam just short of the finish line in California at the end of August. (Also see "California Fragrance Disclosure Bill Screeches To Halt As Legislature Adjourns For Year; Now What?" - HBW Insight, 25 Sep, 2019.)

Conservatory Includes 50 Ingredient ‘Stories’
In this environment, FCA is deploying resources across the US to advocate on behalf of industry and stamp out pernicious legislation. According to the group’s 2019 Impact Report, FCA tracked 73 bills in 22 states in 2019, a 100% increase compared with the previous year.

An FCA rep noted in an email, "We are the only group zeroed in on protecting fragrance and we take that role seriously. We are now leading on fragrance aspects of developing legislation and are also recognized as the thought leader in fragrance ingredient disclosure, helping to ensure we always have a seat at the table and are well positioned to be a strong voice for the industry."

She added, "We expect the fever pitch of state activity to continue into 2020, and our focus remains on preventing unworkable regulatory requirements, protecting intellectual property, and eliminating unnecessary compliance costs."

At the federal level, FCA secured re-certification of the Congressional Fragrance Caucus, which provides it with a bipartisan platform to interface with legislators on priority issues affecting fragrance.

More than anything though, “2019 was our year for the public,” says Ahmed in the Impact Report.

Proof of that is the new website FCA is preparing to launch. Called The Fragrance Conservatory, the site is designed to serve as a one-stop digital destination for consumers to learn about all things fragrance, according to the exec.

At the heart of the site is a trove of high-quality fragrance information, including 50 custom ingredient “stories” identifying their origins in nature, nicknames and safety assessments, as well as fragrance benefit and sustainability discussions, an interactive history lesson, and more.

FCA intends The Fragrance Conservatory to “enable consumers to feel confident about the choices they make for their families every day.”

The site is aimed at millennials and the parents of young children in particular.

“We felt a responsibility to educate, but to educate in a way that brings a spark of delight to the consumer, in the way that fragrance does,” Ahmed explained.

She expects the site will grow in accordance with user feedback. The site will include multiple calls to action soliciting input from consumers on additional ingredients of interest and outstanding information needs.

The project illustrates FCA’s expanded focus since Ahmed came aboard.

“What I saw was an organization that did a really good job of managing regulatory and legislative issues,” which is typical of a trade association but also “fairly reactive,” she said.

FCA will keep the consumer top of mind in 2020 while undertaking a strategic planning round to map out the next five years.

Among other priorities for the new year, Ahmed cited continued engagement with Congress and federal officials on legislative and trade and tariff issues, as well as ongoing work to support new chemical submissions to the US Environmental Protection Agency.

In particular, the group is focused on driving EPA approval of “innovative, environmentally safer, greener, more sustainable fragrance materials,” according to its Impact Report.