From Pharma Insider To Payer: Witty To Lead United's Optum 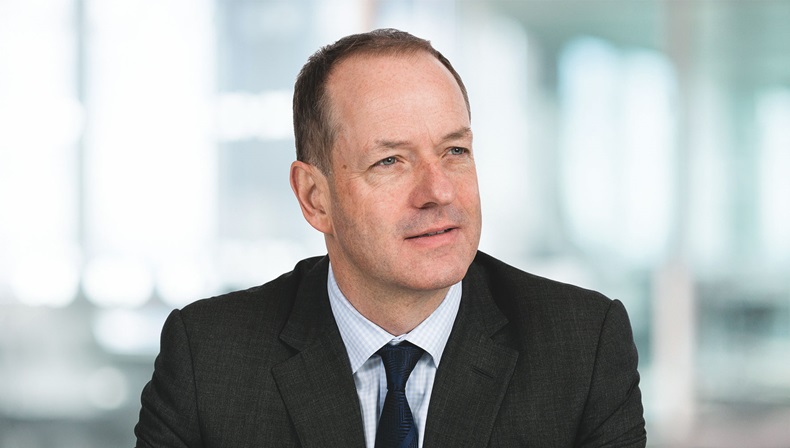 The appointment puts a big pharma veteran in the very opposite role of managing drug spending at one of the three largest PBMs in the US, OptumRx, along with Express Scripts and CVS Caremark. Witty only stepped down from GSK in April 2017 and he has served on UnitedHealth's board of directors since August. (Also see "GSK’s New CEO Designate Walmsley Fortifies Volume Growth Strategy" - Scrip, 20 Sep, 2016.)

"If you are not pricing for value, as opposed to your competitive position, you'll see some real challenges," Andrew Witty, an early champion of value-based pricing, said in 2009.

Renfro, by contrast, previously worked at UnitedHealth before taking over the CEO role at Optum in 2011 and he succeeded another longtime UnitedHealth employee G. Mike Mikan in the role in 2009.Renfro will continue with UnitedHealth, working as a managing partner of Optum Ventures, a series of funds focused on data analytics, technology and health care services companies.

Likewise, Express Scripts Holding Co.CEO Tim Wentworth came to the post in 2016 from a long PBM career, having joined Express Scripts from Medco Health Solutions Inc. when the two merged in 2012. Matthew Leonard, who leads CVS Health Corp.'s pharmaceutical purchasing program, has worked for the company since 1995.

Insurers and drug manufacturers work in a generally adversarial relationship, negotiating market access and reimbursement for drugs. A pharmaceutical executive would certainly bring a different perspective to the job of managing drug spending, but would also understand the economics and inside tactics that drive pharmaceutical pricing decisions.

Big pharma executives who leave the comfort of their campuses tend to turn up more often at start-ups or venture investment firms. Nonetheless, the move to Optum seems representative of the time as pharma executives have had to become savvy about demonstrating the value of their drugs, and increasingly talk about pricing to value, if not always acting on it.

During his time at GSK, Witty stood out among big pharma executives for his pessimistic outlook on US drug pricing. He often spoke to investors over many years about his sense that the US drug pricing environment was not sustainable. In 2016, he warned investors in a discussion of drug pricing that "there are tremendous market forces at work in terms of the way the US market is changing." (Also see "Industry Sounds Somewhat Muted Drug Pricing Alarm" - Scrip, 3 Nov, 2016.)

That outlook shaped his diversification strategy for the UK drug maker, where he bolstered the company's consumer healthcare and vaccines businesses.His successor, Emma Walmsley, has turned around and reprioritized pharmaceuticals and R&D.

Though GSK raised the price of Advair substantially over the years, the company was forced to increase rebates, lowering the net price of the drug to regain prime real estate on formularies.

Witty was also an early advocate for value-based pricing. As far back as 2009, he warned "if you are not pricing for value, as opposed to your competitive position, you'll see some real challenges." (Also see "GSK’s Witty Speaks Further On M&A, Pricing" - Pink Sheet, 16 Jan, 2009.) His early championing of value-based pricing may have been influenced by his exposure to the UK's government health system and the National Institute for Health and Care Excellence (NICE), which makes value determinations. Witty was recently appointed to chair an Accelerated Access Collaborative that will select candidates for the UK's new accelerated access pathway for breakthrough medical innovations and drugs. (Also see "New UK Pathway To Cut Access Times For Breakthrough Products By Up To Four Years" - Pink Sheet, 3 Nov, 2017.)

Taken with all of that in mind, maybe Andrew Witty's move to the payer side of the pharmaceutical business isn't as surprising as it seems at first blush.

Any experience with value-based pricing and NICE would be particularly appealing to an insurer like United as the US system appears to be moving increasingly toward some kind of value-based system.Sanofi and Regeneron Pharmaceuticals Inc. recently made big headlines by working collaboratively with the independent Institute for Clinical and Economic Review (ICER) on a value reassessment of Praluent (alirocumuab) – and agreeing to lower the price of the PCSK9 inhibitor in line with ICER's assessments, leading some  industry insiders to question if ICER will become rel="noopener noreferrer" the new NICE. (Also see "Praluent Pricing: Collaboration With ICER Sets A New Standard" - Pink Sheet, 12 Mar, 2018.)

United highlighted Witty's three decades of experience in healthcare. "Critically, he has deep experience with how data and analytics and new technologies can be used to improve patient outcomes, better serve consumers, lower costs and drive value across the system," the company said in a statement. Optum generated $91.2bn in 2017, growth of 9% over 2016.