Pharma Calls On UK Govt To Fund Centers of Excellence

The Medicines Manufacturing Industry Partnership says £140m invested in four centers would provide high-skilled jobs and make the UK the first place in the world where drugs can be discovered, made and packaged. 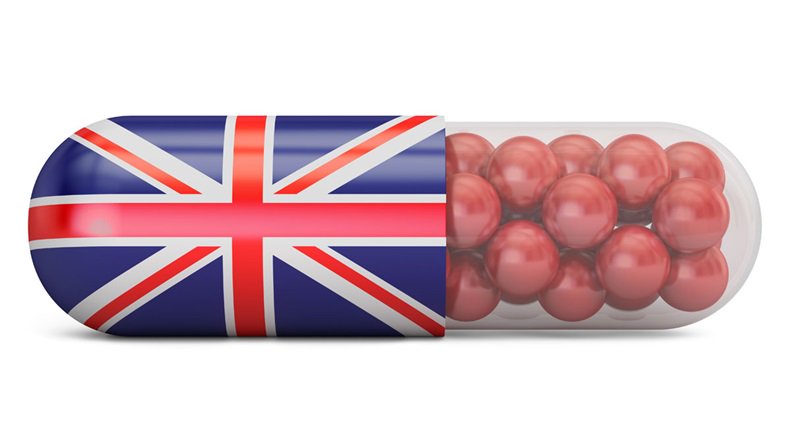 The UK pharmaceutical sector is asking the government to dip into its coffers and invest some £140m into creating four new centers of excellence for medicines manufacturing across the country.

A report, Manufacturing Vision for UK Pharma, has been published today by the Medicines Manufacturing Industry Partnership (MMIP) which asks the government for support in building the four centers that would "provide high-skilled jobs and make the UK the first place in the world where new drugs can be discovered, made and packaged". The paper sets out a practical plan of action for how the government and industry can work together to build up the country’s medicine manufacturing sector.

Specifically, the roadmap is looking for funding for:

The first three will take between two-three years to build and the MMIP, which is made up of the Association of the British Pharmaceutical Industry and the BioIndustry Association and Innovate UK, notes that the government has already set aside an investment of £197 million over four years to develop first-of-a-kind technologies for the manufacture of medicines. The report also points out that the country's National Health Service has also made commitments in its newest business plan to focus on “enhancement of our medicines manufacturing capabilities”.

As to what role drug makers will play on the financial side, Greg Anderson, technology and innovation lead at MMIP, told Scrip that "the exact business and operational models for the centers will be subject to joint discussions between all parties involved, including government, pharma and academia". He stressed that "the model has to be flexible", suggesting that pharmaceutical companies "may help return the initial investment directly – through a pay-for-play system – as well as indirectly, through investment as they contribute world-leading expertise and choose the UK as a base for research and manufacturing".

Anderson seems confident that Prime Minister Theresa May and her team will look kindly on the report, saying that “MMIP works closely with government on all aspects of manufacturing work. This roadmap looks to support existing commitments made by the government to make Britain ‘future ready’ and provide the industry’s priorities for medicines manufacturing". (Also see "UK BioPharma Players Told 'Think Global, Act Local' For Post-Brexit World" - Scrip, 22 Mar, 2017.)

In terms of locations for the centers other than Strathclyde and Stevenage, Anderson said "these are decisions that depend on a range of factors that will need to be had at the next stage of this process".

The authors of the paper claim that the moves are necessary because "encouraging and fostering the UK as an innovative and technology-led industry is critical to the future of the UK economy," noting that current pharma exports amount to £25.8bn. They add that the country "has a track record of early innovation in all aspects of medicines development [and] the UK’s ability to innovate early in a collaborative way sets it apart in what is an ever increasingly competitive market".

However, the report argues that "historically, translating this early innovative development into actual scaled-up medicines production physically in the UK has not been so successful". It gives examples of "lost opportunities" which has seen the country leading biological drug development but manufacturing moving to the USA, Japan, Singapore, Switzerland and Ireland.

The MMIP notes that active pharmaceutical ingredient manufacturing capability has been off-shored to the far east over the last 10-15 years, drawn to lower cost locations at times "at the expense of consistent quality/compliance and supply chain security". It also laments the fact that "we manufacture very few packaging components that are needed for all medicine packs" and this results in the UK losing out on export value as exports of unfinished products are less valuable than finished ones.

The MMIP paper argues that "there are global challenges and opportunities to regain the UK’s position as the leading country for medicines development and manufacturing. This involves the whole end-to-end supply chain and integrates various parallel ‘game changers’ including digital, automation and advanced diagnostics and analytics." It concludes by saying the roadmap is a "timely initiative vital to secure manufacturing investment now as there are key technologies that have the potential to integrate, enhance and disrupt the traditional manufacturing model for medicines".

Andy Evans, chair of MMIP, said: “The UK is already one of the best places in the world to research and develop exciting new medicines for hard-to-treat diseases, but needs to improve when it comes to manufacturing and packaging them, ready to go to patients." He added that this new infrastructure is needed because "from early-stage R&D to manufacturing and packaging, we want a coherent, joined-up system so that patients will benefit when first-in-kind medicines are launched in the same place they are discovered".