Bioverativ revealed its first transaction since spinning out from Biogen with the acquisition of True North for $400m plus up to $425m in milestone payments. The deal gives Bioverativ a clinical asset, helping to fill the gap between preclinical programs and commercial products in its R&D pipeline. 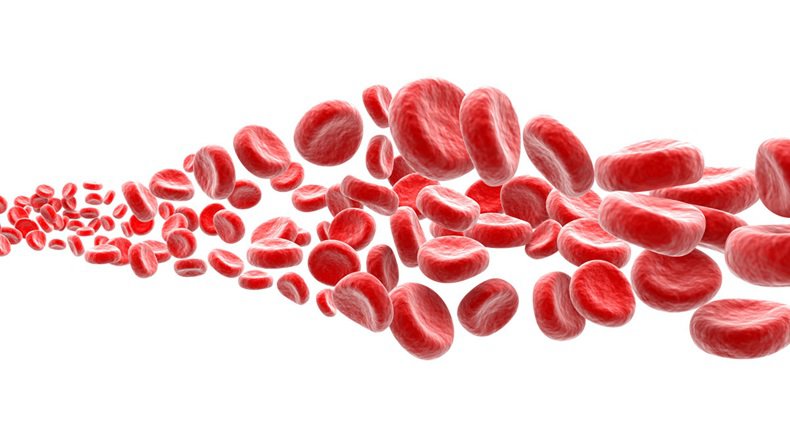 Bioverativ Inc. was spun out of Biogen earlier this year with a large gap in its research and development pipeline, which the hematology-focused company is starting to fill with the acquisition of True North Therapeutics Inc. and its Phase II-ready candidate for rare hemolytic anemias.

True North's lead drug candidate TNT009 was successful in a Phase Ib clinical trial that enrolled six patients with cold agglutinin disease (CAD). The early-stage data helped the firm raise a $45m Series D venture capital round in October and win a recently granted breakthrough therapy designation from the US FDA in the treatment of hemolysis in patients with primary CAD – events that could accelerate the monoclonal antibody's development even without an acquirer stepping in. Now, TNT009 could become the only clinical-stage program in Bioverativ's pipeline when the companies' deal – worth $400m up front (plus assumed cash) and up to $425m in future milestone payments – closes in mid-2017.

"This acquisition fits squarely with our vision to become the leading rare disease company focused on blood disorders, and we believe it will create significant shareholder value over the long term," Bioverativ CEO John Cox said during the company's March 23 conference call to discuss the True North deal.

Bioverativ, whose stock closed down 4% at $52.50 following the acquisition news, completed its spin-out from Biogen on Feb. 1 with business development as one of the company's key priorities going forward to expand its portfolio beyond its two commercial assets – the long-acting clotting factors Eloctate and Alprolix for hemophilia A and B – and to add clinical drug candidates to its entirely preclinical R&D pipeline.

Bioverativ does not expect to initiate a Phase I/IIa trial for its lead R&D program BIVV001, a long-acting clotting factor for patients with hemophilia A, until the second half of 2017. That's why, in addition to diversifying the company's hematology pipeline, TNT009 is very likely to be Bioverativ's only clinical candidate when the True North deal closes.

"The transaction fills out Bioverativ's benign hematology pipeline, which was previously absent of clinical-stage candidates," Jefferies analyst Eun Yang said in a May 23 report.

True North's TNT009 selectively inhibits the classical complement pathway by targeting the serine protease C1s, which lies in the C1-complex in the immune system's complement pathway. In CAD, autoantibodies cause red blood cell destruction via complement activation initiated by the C1 complex. True North's antibody drug normalized hemoglobin levels in the six CAD patients treated with TNT009 in the company's Phase Ib study, resolving the anemia and leading to transfusion independence for all patients with no serious adverse events.

CAD occurs in about 16 out of every one million people, or about 5,000 people in the US, about 5,000 in Europe and 2,900 in Japan, according to True North and Bioverativ estimates. Onset is usually around the age of 60 and the typical patient is a woman between the ages of 60 and 70. Symptoms include anemia, fatigue and potentially fatal thrombotic events. Frequent blood transfusions are needed to boost hemoglobin levels, but patients also receive steroids and off-label therapy, including Roche's Rituxan (rituximab).

TNT009 could be developed in multiple complement-mediated diseases besides CAD, including the blistering skin condition bullous pemphigoid and the bruising and bleeding disorder immune thrombocytopenic purpura (ITP). The biologic has orphan drug designations from the FDA and the European Medicines Agency for CAD as well as patent protection through at least 2033.

"TNT009 is targeting a novel part of complement immunology and applying it to a rare hematologic disorder. Complement biology is an important emerging area that we feel has significant untapped potential, and we plan to further explore this target for additional diseases," Cox told Bioverativ investors and analysts, though he noted that the company has not determined the exact indications that will be targeted – nor in what order – besides CAD.

The near-clinical BIVV001 for hemophilia A recently lost a more advanced competitor when Shire PLC discontinued development of SHP656, which was being developed with technology from Xenetic Biosciences Inc., because the long-acting Factor VIII could not achieve once-weekly dosing in a Phase I/II clinical trial. However, Bayer AG and Novo Nordisk AS have assets in Phase III that may be able to be infused once per week. (Also see "Shire Discontinues Development Of Once-Weekly SHP656 For Hemophilia A" - Scrip, 22 May, 2017.)

In addition to BIVV001, Bioverativ's hemophilia candidates include the long-acting clotting factor BIVV002 for hemophilia B and two discovery-stage projects: a Factor VIIIa mimetic bispecific antibody for hemophilia A and a collaboration with San Raffaele Hospital's Telethon Institute for Gene Therapy (TIGET) in Italy on gene therapies for hemophilia A and B. (Also see "INTERVIEW: Biogen's Danos on why now is gene therapy's time" - Scrip, 9 Feb, 2015.)

Bioverativ, which had $358.7m in cash and no debt as of March 31, will have "plenty of dry powder" after the True North transaction closes to pursue other deals, Cox said during the company's True North conference call.

Executive Vice President, Chief Financial Officer and Treasurer John Greene added that Bioverativ has enough cash to fund the upfront payment to True North's investors without taking on any debt, but he said the company will open up a credit line – while maintaining an investment grade credit rating – to partially fund the transaction and pursue additional deals.

Greene also noted during the conference call that the acquisition will increase Bioverativ's 2017 operating expenses by about $30m to $40m, primarily to pay for TNT009-related R&D. Some of those expenses also will cover administrative costs associated with True North's operations and drug discovery for TNT020. That monoclonal antibody that also targets C1s, but offers the potential for less frequent dosing via subcutaneous injection rather than intravenous infusion.

Bioverativ did not provide details of its development plan for TNT009 in CAD or future indications, however, because Bioverativ is still working with True North to determine the clinical trial plans for the lead drug candidate. However, Cox indicated that the antibody could be quickly moved through a small registrational trial, especially with the breakthrough therapy designation in the US.

True North has been working closely with patients on the development of TNT009 and launched the COMPASS registry in early 2016 to collect data from patients with CAD and other autoimmune hemolytic anemias. (Also see "Patient Registries Prove Value As Drug Development Tools" - Scrip, 19 Apr, 2016.) The company's work to date has been funded with $142m in venture capital, including last year's $45m Series D round. (Also see "VC Roundup: October Brings Several New Venture Funds, Including Third Rock’s Fourth" - Scrip, 1 Nov, 2016.)

Regarding her latest dealmaking with Bioverativ, Stagliano said in the companies' joint statement that "Bioverativ is well positioned to advance the development and commercialization of TNT009 on behalf of CAD patients who are greatly in need of safe and effective treatments."