Gene and Cell Therapies In Asia: Can China Deliver Despite Murky Regulations?

The first country ever to approve a gene therapy, China has been lagging in the area since due to a lack of clear regulatory pathways and insufficient financial incentives. Now a new crop of developers are aiming to revitalize ambitions and make the country a major power for promising novel treatments for rare neurodegenerative conditions, retinal dystrophy, HIV and cancer. 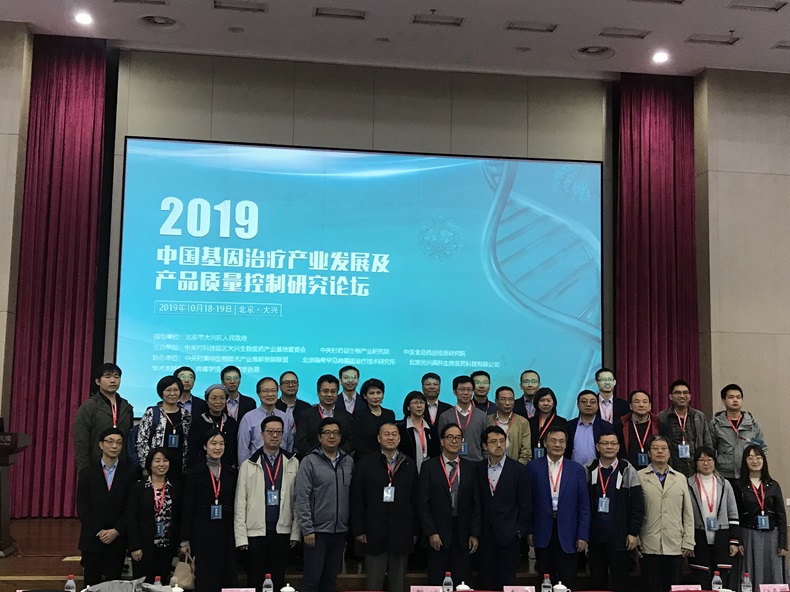 CanSino will support clinical development including chemical, manufacturing and controls (CMC), and gained the rights to commercialize the gene therapy in the greater China market. OCU400 has already obtained two orphan drug designations, one for retinal dystrophy caused by the NR3E3 gene mutation and another for CEP290 gene mutation-associated conditions.

The therapy uses an adeno-associated virus (AAV) as a carrier to deliver functional copies of the NE2E3 gene to target retinal cells to prevent degeneration of light receptors.

Such collaborations are expected to rise in China, a country with a large under-diagnosed and untreated population with eye conditions, especially after the US approval of Spark Therapeutics Inc.'s Luxturna (voretigene neparvovec), the first gene therapy for genetic retinal dystrophy.

In August, Beijing-based developer Fiveplus announced a plan to propel its AAV-based gene therapy for spinal muscular dystophy (SMA) to the clinical stage, after years of developing the vector for rare genetic disorders including Mucopolysaccharidosis I.

Two-Track System Worries
China approved the world’s first gene therapy, Jinyousheng, a p53 adenovirus-based treatment for cancer, in 2003 and then in 2005 H101, an oncology adenovirus, gained approval from the then State Food and Drug Administration approval. Even so, the country is largely lagging the US in modern gene therapy development.

Amid a generally thriving gene therapy investment and development environment globally, there are cautionary notes in China, where one leading concern is a two-track regulatory system for such promising new treatments.

In March, China’s National Medical Products Administration (NMPA) released draft guidelines on cell and gene therapy development, but many questions remain and the reactions have been unusually strong. One of the key observers, Maggie Chang, vice president of Regulatory Affairs at major Chinese contract research organization TigerMed, described it as "a stone thrown into quiet waters creating a thousand ripples."

One direct result is that investors in emerging gene and cell therapies including CAR-T therapies are voicing strong caution. For one, China’s National Health Commission (NHC) has encouraged hospitals to develop their own cell therapies. But with hospitals’ dominant positions, investors worry that patients will be mostly treated using their own cell products, limiting the room for commercial therapies developed by outside companies.

This means that there could be two tracks for hospital-developed therapies under the NHC and another under the regulation of the NMPA, which will create confusion and parallel standards, Chang noted during the DIA's China annual conference in May. Worse, there could redundancy and wasted resources if hospitals continue to develop their own cell therapies, Chang warned. (Also see "China's Draft Cell Therapy Guidelines Draws Concern From Industry" - Pink Sheet, 9 Apr, 2019.)

However, the two-track mechanism could bring new options to patients if therapies' efficacy is fully confirmed and safety ensured. But as formal regulations regarding cell and gene therapies have yet to be released by the NMPA, the regulatory pathways for developers to move forward remain unclear.

Draft Technical Guidelines
In June, China also released a draft guideline for human-use gene therapy development, put together by the National Institute for Food and Drug Inspection (NIFDC) to meet increasing demand for such guidance.

This focuses on therapies with vector or plasma as carriers and genetically modified (autologous or heterogeneous) cells, and outlines technical requirements for the manufacturing and quality control of such products.

For plasma, the guidelines require that the source, characteristics, separation and purification method and nucleic acid sequence be described, and the source and function of the plasma DNA composition, the promoter and the selective genetic marker.

The institute had been collecting comments on the proposed guideline until September and the final version has yet to be released [click to see draft guidelines for human-use gene therapy development].

Tightening Ethics Review
Regulations aside, ethics review of trials with cell and gene therapies is another thorny issue in China.

Last November, Shenzhen-based China Southern Institute of Technology researcher Jiankuai He shocked the world after announcing the birth of the world's first gene-edited babies. One of the loopholes exposed in the controversy was the ethics review process.

He applied for the review with the hospital and got approval, but the whole process was criticized by other gene-editing scientists for its lack of transparency. Since then, the government has vowed to tighten the reviews and prevent similar cases from recurring.

The resulting draft regulation issued this February required state-level approval for high-risk and reproductive use of gene and cell technologies.

Genetic Data Requirements
For gene and cell therapy development, how to treat data such as from clinical research studies using human tissue, blood and cells is another vital topic.

Chinese President Xi Jinping has expressed a strong desire to keep data inside the country. To that end, new regulations over genetic materials in clinical studies, released recently, had many worrying that the development of cell and gene therapies would see setbacks due to limitations on the collection, transport and use of the samples.

Among several requirements, for instance, biobanks established solely by foreign entities or individuals cannot collect or store such materials and information, nor can they transfer these outside China.

To be able to do so, they would have to collaborate with Chinese partners in the firm of academia, universities, medical institutions or business enterprises.  (Also see "Trade War‘s Next Frontier? China Genetic Material Regs Could Set Back Biopharma Research" - Pink Sheet, 12 Jun, 2019.)