Market Snapshot: Shire is pushing Xiidra hard to take market share away from Allergan's well established Restasis, but the pending arrival of a generic Restasis throws a curveball into the whole category. 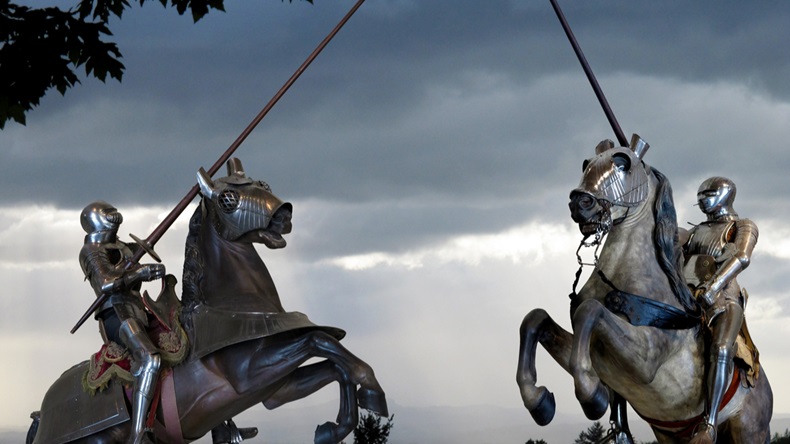 Dry eye disease was a relatively quiet therapeutic category with Allergan PLC's Restasis (cyclosporine ophthalmic emulsion) the only approved drug in the US and Europe for many years, but now the area is poised for activity in the aftermath of the 2016 US approval of a second drug, Shire PLC's Xiidra (lifitegrast). Allergan and Shire own the roughly $1.7bn market niche, for now, but that's about to change as new drugs and generics reach the field.

Besides potential new branded competition, the market is poised for further upheaval as generic competition to the blockbuster Restasis is expected in the US in 2018, following the US District Court for the Eastern District of Texas's ruling invalidating four Allergan patents for the drug on the ground of obviousness. (Also see "Allergan May Rue Mohawk Tribe Deal As Court Invalidates Restasis Patents" - Scrip, 16 Oct, 2017.)

Allergan had attempted to stave off generic competition in September with a deal transferring rights to four Restasis patents to a Native American tribe, but that dramatic effort drew a lot of negative publicity and has not worked out as hoped. (Also see "Allergan Shifts Restasis Patents To Native American Tribe To Invoke Immunity From IPR" - Pink Sheet, 9 Sep, 2017.) Teva Pharmaceutical Industries Ltd., Mylan NV, Akorn Inc. and InnoPharma Inc. are among the companies that have been jockeying to bring a generic version of Restasis to market.

Bolstering Restasis With New Products, Including A Device

Restasis has been one of Allergan's most important growth brands in recent years. Knowing that external branded competition like Restasis was around the corner, along with the generic threat, Allergan had been bulking up its eye care sales force and bolstering the dry eye franchise with a multi-dose, preservative-free formulation of Restasis (approved in October 2016 and launched in March 2017), along with a planned pilot launch of True Tear, an intranasal stimulating device approved by FDA in April 2017 to temporarily increase tear production. (Also see "Allergan’s Ophthalmology Focus Grows Beyond Restasis And Glaucoma" - Scrip, 3 Feb, 2017.)

An Allergan spokesman told Scrip that the pilot launch to selected customers will help develop the training materials needed for a larger rollout of the product, which is a big change to the treatment paradigm by adding a device component. Allergan acquired True Tear in its $125m buyout of Oculeve Inc. in 2015. [See Deal]

Chief Commercial Officer William Meury said back in 2016, just after the Xiidra approval, that the specialty firm would back up the expanding eye care franchise with an increased sales force detailing to ophthalmologists and optometrists, along with extensive consumer advertising and education as it braced for more competition.

"We increased the size of our salesforce by 20%, essentially adding 60 more representatives," Meury said during the August 2016 earnings call. "We increased the investment in direct-to-consumer advertising. The sampling program both on Restasis as well as in our artificial tears has been increased."

But with Shire launching Xiidra with pricing at par with Restasis, Allergan hasn't been able to avoid the impact entirely, and now it's bracing for the even bigger blow of generics.

Sales of Restasis did moderate immediately following the launch of Xiidra, although Restasis continued to be a growth product, thanks in part to market expansion. Part of Shire's strategy entering the market was to grow the overall dry eye market through consumer education efforts, like the "Eye Love" TV commercials featuring Jennifer Aniston as a spokesperson. Restasis sales grew 13% year-over-year in the third quarter of 2016, after the entry of Xiidra, lower than the growth rate seen during the previous quarter, but still in line with the double-digit growth Allergan was projecting for the ophthalmic franchise overall.

Meury called Restasis' sales performance "durable" during the early launch of Xiidra. "Overall, the dry-eye market has expanded significantly since the launch of a second treatment option," he said during a Nov. 2, 2016, quarterly call.

Ultimately, Restasis sales totaled nearly $1.5bn in 2016, with more than 90% of that accrued in the US market, but sales have plateaued in 2017. Restasis generated $1.06bn in the first nine months of the year, a decline of 1.6% over the first nine months of 2016. Morningstar forecasts that sales of Restasis will be flat for the year. Shire's Xiidra is expected to make up some of the difference in 2018 as Restasis goes generic and eventually outpace Restasis sales in 2019 with its market share growing through 2021. (See chart.)

Allergan is preparing for the impact of generic competition to Restasis with models accounting for loss of exclusivity at the beginning of 2018 and at mid-year. (Also see "Allergan Focuses On Aesthetics As Sales Dip For Dry Eye Leader Restasis" - Scrip, 4 Aug, 2017.)

The company has said that Allergan's eye care portfolio represents more than $2bn in annual worldwide sales even without Restasis and anticipates that its LOE exposure due to that product will be felt mainly in 2018. After the Restasis patents were invalidated, Allergan took an impairment charge in the third quarter 2017 of $3.2bn related to Restasis.

Building Xiidra By Growing The Market

Since its launch in mid-2016 as the first drug approved to treat the signs and symptoms of dry eye disease, lifitegrast – a lymphocyte function-associated antigen 1 (LFA1) antagonist – has ramped up gradually, partially behind a Shire strategy to grow the market through disease-awareness efforts. (Also see "Shire's Xiidra Gets Advantageous Label Covering Signs, Symptoms Of Dry Eye Disease" - Pink Sheet, 12 Jul, 2016.) Restasis, approved in 2002, is indicated to increase a patient's natural ability to produce tears.

Xiidra yielded $54m in sales in 2016 and brought in $173m during the first three quarters of 2017. Prescription demand increased 9% from the second quarter to the third quarter in 2017, Shire reported during its third quarter earnings call Oct. 27, 2017, with Xiidra capturing 23% of US market share to date. (Also see "Shire Touts Ongoing Xiidra Growth, Targets Increased Medicare Access" - Scrip, 27 Oct, 2017.) Overall, the dry eye market has increased 29% in 2017 compared to 2016, which Shire attributes both to Xiidra's broader label and its awareness campaign.

Morningstar projects that Xiidra will total $258m in sales this year and then begin growing more steeply as Shire adds international markets. The company obtained regulatory approval in Canada on Jan.3, 2018, expects approval in Israel in the near-term, plans a regulatory filing with the European Medicines Agency in 2018 and is progressing with a filing for Japanese approval, CEO Flemming Ornskov noted during the conference call.

Expansion in international markets will help Shire reduce its exposure to competition from generic versions of Restasis in the US.

Market analysts generally see the story playing out the way the two companies anticipate. In an Oct. 27 note, Morningstar analyst Karen Andersen pointed to Xiidra as one of Shire's stronger performers during a mixed quarter and predicted ongoing growth. "Double-digit dry eye market growth and a potential European launch in late 2018 bodes well for Xiidra's long-term strength, despite the prospect of generic Restasis," she wrote.

Credit Suisse analyst Vamil Divan has adopted a base case assuming generic competition to Restasis at the beginning of 2018, which would play a significant role in reducing Allergan's 2018 earnings per share to $15.25 from a previous estimate of $16.55. He anticipates "a relatively rapid erosion" in Restasis sales, with US revenues dropping to about $360m in 2018, Divan said in a Nov. 5 note.