Getting Worse Not Better: UK Report On Access To Cancer Drugs 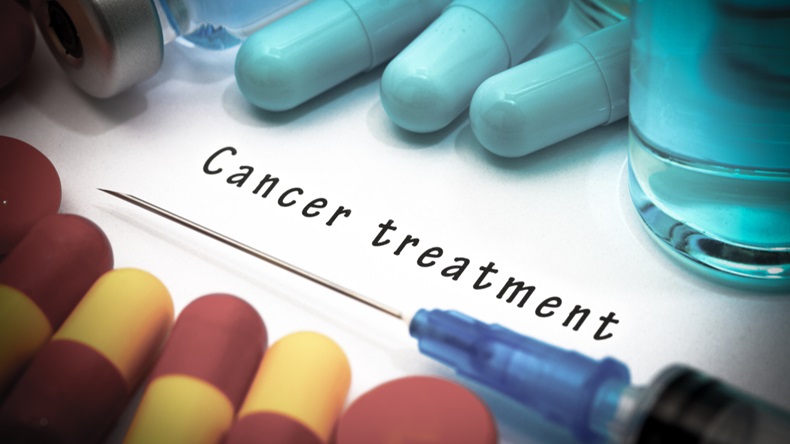 Delays in taking new cancer medicines through clinical trials in the EU and getting them approved for use are holding up patients’ access to new treatments, according to a UKreport that analyzed the 97 oncology drugs licensed for 177 indications via the EU’s centralized procedure between 2000 and 2016.

Despite various initiatives to speed up medicine development, licensing and health technology assessments (HTAs), it is taking a year and a half longer to get products to patients under the UK National Health Service than it was a decade ago, says the report from The Institute of Cancer Research (ICR).

The report, published today, also claims that the HTA body NICE was not prioritizing the most innovative drugs and that a significant number of drugs that should have been appraised have slipped through the net or have been subjected to substantial delay. In addition, it identified “stark differences in the rate of development of new cancer drugs between different tumour types, with cancers of high unmet need and children’s cancers among those missing out.”

"Our major concern... is that the discovery and development of innovative cancer drugs with entirely new ways of working is not embraced by regulators" – Paul Workman, ICR

It is essential that the European Medicines Agency and NICE play their part in speeding up the path of new drugs onto the market and into the NHS, said the report’s authors. “We need to see the EMA learn from best practice at bodies elsewhere in the world – such as the Food and Drug Administration in the US – in taking a faster, more flexible approach to assessing evidence.”

“Our major concern, which was highlighted in the report, is that the discovery and development of innovative cancer drugs with entirely new ways of working is not embraced by regulators,” Paul Workman, chief executive of the ICR and a contributor to the report, told thePink Sheet. “We are yet to see any initiatives by the EMA or NICE to address this issue,” Workman said.

“If we have a regulatory environment that encourages innovation, we would expect the pharmaceutical industry to take greater risks in developing the really innovative new drugs we need to meet the challenge of cancer evolution and resistance to treatment,” he explained.

In the new report, the authors said the EMA and NICE “should increase the variety of measures they use to judge a drug’s effectiveness such as by including evidence gathered in early-phase trials and placing more weight on measures such as patients’ health-related quality of life and progression-free survival. NICE could approve drugs based on measures such as these – allowing treatments to become available to patients much more quickly after the completion of smaller phase II trials.”

The ICR believes that drug development should be getting faster as targeted cancer treatments can be approved through smaller, smarter trials which involve selecting patients based on the genetics of their cancer. However, efforts to speed up access for patients are not bearing fruit, it said.

The average time taken between the start of Phase I clinical trials of a drug and EU authorization increased by over a year from 7.8 years in 2000-08 to 9.1 years in 2009-16. According to the report, this suggests that there are delays arising in setting up and running clinical trials, progressing from one trial to the next, and gaining authorization based on the findings.

The ICR said it wants the government, regulators and pharmaceutical companies to work together to accelerate the pace of development of innovative cancer treatments, by learning from international best practice to streamline regulation and by embracing smaller, smarter clinical trials.

According to the ICR report, the rate of drug authorizations almost doubled over the time period assessed, with 7.5 drug indications a year approved by the EMA from 2000-08, compared with 14.6 a year from 2009-16.

“We may be seeing more cancer drugs coming through, but the rate of discovery of genuinely innovative treatments still lags behind the unprecedented advances we have seen over the last decade in our understanding of the genetics and biology of cancer,” it said. “That is especially the case for hard-to-treat cancers, such as brain, pancreatic and oesophageal cancer.”

Only eight of the 97 drugs authorized in the EU – and only 10 of 177 drug authorizations – included indications for treating children with cancer. Only two of these drugs were for solid tumors, which account for around 60% of new childhood cancer cases each year and are often more difficult to treat than childhood blood cancers.

The report’s authors suggested a range of reasons for the relatively slow progress for hard-to-treat cancers. For example, there may be inherent difficulties in studying them, historically there has been less funding available for research, and drug companies may prefer to focus on the most common cancer types because of the higher potential rewards and lower risk of failure.

“Tackling these issues won’t be easy but it must be done,” they declared. “It will be critical for academic organisations, which can afford to take greater risks than industry and are less driven by the need for financial return, to play a more active role in leading the search for innovative new drugs for these hard-to-treat cancers.”

NICE Could Do Better

As for NICE, the report said that while the HTA body is starting its appraisals earlier – often before licensing has been completed – this “has not been enough to counteract the pressures that overall are increasing the time for drugs to reach patients.”

In addition, it claimed that NICE has not met its commitment to conduct its appraisals more quickly. Drugs took an average of 16 months to go through NICE appraisal in 2009-2016, barely shorter than the 16.7 months in 2000-08, it found.

It said that only 38% of authorizations for highly innovative cancer drugs – defined as those with a novel mechanism of action or a new class of chemical structure offering clear benefits over what existed before – had received a positive recommendation from NICE at the time of the ICR analysis. That compared with 40% of drugs classed as moderately innovative – which includes many “me too” drugs with similar mechanisms of action to others already on the market – and 53% of low-innovation drugs.

According to the report, this could be because NICE’s definition of innovation is limited to effectiveness in areas of unmet need and does not sufficiently value the need to bring through truly innovative drugs with different mechanisms of action.

Workman said there was a need for NICE to place much more emphasis on innovation in assessing new cancer drugs, “so we can give patients access to exciting new treatments that attack cancers in brand new ways.”

The authors of the report also expressed concern that some innovative drugs have missed out on NICE appraisal entirely.

“NICE committed in 2016 to appraise all new licenced indications for cancer drugs, but the findings raise concerns that significant numbers from before this date may have slipped through the net or been subjected to substantial delays,” the authors said.

The ICR said it was pushing for changes in NICE’s drug appraisal system to ensure that all innovative drugs are appraised, including any that were not appraised before 2016, and that their degree of scientific innovation is properly taken into account.

As for any impact of the initiatives that have been introduced to help speed drug access for patients since the analysis was concluded, Workman told thePink Sheet: “Our report covers 2000 to 2016 and therefore we have not yet had the opportunity to assess the impact of the initiatives that NICE and the EMA have introduced in the past couple of years – and it would certainly be too soon to speculate on any trends. Nevertheless it is positive that regulators are recognising the importance of speeding up their processes for the benefit of cancer patients.”