J&J is the latest firm to back away from the hepatitis C field, reflecting the dominant position Gilead has built with its sofosbuvir franchise. In February, Merck lowered sales expectations for its investigational "nuc" MK-3682. 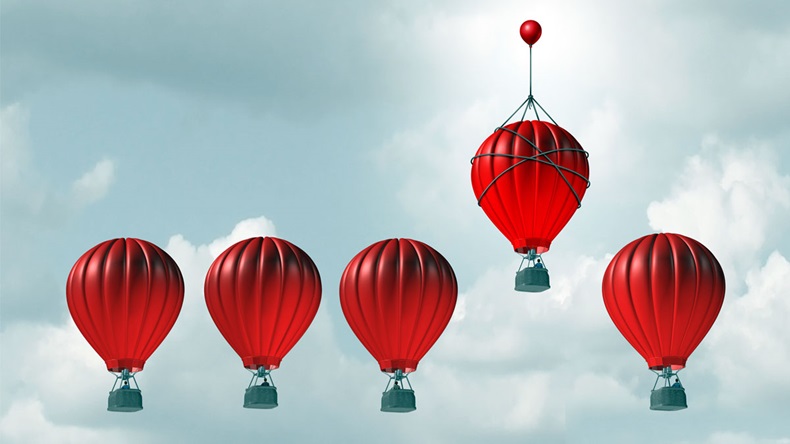 And then there was one. Merck & Co. Inc. de-emphasized development of its experimental nucleoside polymerase inhibitor for hepatitis C earlier this year, so with Johnson & Johnson’s Sept. 11 decision to exit HCV drug development, the last "nuc” that could have provided competition to Gilead Sciences Inc.’s sofosbuvir-driven dominance likely has reached a standstill.

Despite promising Phase II data indicating potential for a six-week duration of treatment with a three-drug combination that included the nuc AL-335, J&J said it will move away from HCV drug development due to the efficacy of what’s already available to patients. With the pharma’s announcement Sept. 11 comes termination of its collaboration with Achillion Pharmaceuticals Inc., which contributed the NS5A inhibitor odalasvir to J&J’s three-drug combo.

The trio produced a 100% sustained virologic response (SVR) in 20 HCV patients treated for six weeks in Phase IIa data reported last September. (Also see "J&J, Achillion Could Set Six-Week Treatment Paradigm In HCV" - Scrip, 9 Sep, 2016.) J&J said after unveiling those data that it would initiate a Phase IIb trial with the regimen in treatment-naïve and treatment-experienced, non-cirrhotic patients of all HCV genotypes except genotype 3.

Now, the pharma says it will complete all ongoing Phase II studies of the combo, but will undertake “no additional development thereafter.” In virology, J&J intends to focus exclusively on developing a functional cure for hepatitis B, Lawrence Blatt, global therapeutic area head for infectious disease therapeutics, said in a statement. (Also see "J&J’s Comprehensive Approach To Finding A ‘Functional Cure’ For HBV" - Scrip, 14 Nov, 2016.)

J&J’s decision effectively cements Gilead as the only HCV company with a nucleoside polymerase inhibitor in its portfolio, evading another potential threat to its dominance anchored by the nuc sofosbuvir – which is approved for solo use as Sovaldi and is the backbone of the combination products Harvoni, Epclusa and Vosevi.

Earlier this year, Gilead de-emphasized hepatitis C, both reducing sales guidance for its drugs and saying that its therapeutic focus going forward would be on HIV, oncology and other areas. This came after the company reported a 35% global reduction in HCV sales during the fourth quarter compared to 12 months earlier. Gilead then took a major step forward in oncology in late August with an $11.9bn purchase of CAR-T therapy-focused biotech Kite Pharma Inc.

Technically, the only remaining nuc in clinical development for HCV is Merck's uprifosbuvir (MK-3682), deployed in Phase II studies as part of three- or four-drug combination regimens. But Merck significantly reduced expectations for that compound in February, when it revealed it would take a $2.9bn pre-tax intangible asset impairment charge after assessing the competition in the HCV space. (Also see "Merck's Write-Down Of Phase II Nuc Illustrates Current Reality In HCV" - Scrip, 24 Feb, 2017.)

This is just the latest wave of companies to back away from the HCV market due to the improved treatment landscape. Bristol-Myers Squibb Co. read the tea leaves earlier and gradually refocused its virology investments as the HCV market developed. (Also see "Asunaprevir NDA Withdrawal Likely To Mean Daclatasvir Delay" - Scrip, 7 Oct, 2014.)

Achillion issued a statement Sept. 11 saying it received notice of J&J’s decision, including the termination of the partnership around odalasvir signed in May 2015, two days earlier. [See Deal]CEO Milind Deshpande said he was disappointed by the decision, because he felt patients could benefit from the convenient, short-duration therapy JNJ-4178 might have offered to patients.

At present, the shortest duration of HCV treatment included in labeling for any approved therapy is eight weeks, which represents a significant improvement from the standard of 48 weeks just six years ago. Harvoni (sofosbuvir/ledipasvir) and AbbVie Inc.’s second-generation combination therapy for HCV, Mavyret (glecaprevir/pibrentasvir), approved by FDA on Aug. 3, both have labeling recommending an eight-week treatment duration for some patients. (Also see "AbbVie's Mavyret Is First 8-Week Pan-Genotypic Combination For HCV" - Scrip, 3 Aug, 2017.)

Stockholm-based Medivir AB also issued a statement on J&J’s decision to exit HCV development, saying that the change would not affect its existing licensing agreement with the pharma for simeprevir. Medivir remains entitled to royalties on global sales of Olysio monotherapy, although revenues from that product have declined substantially since peaking at about $2.3bn in 2014. (Also see "INFOGRAPHIC: Hepatitis C Market Still Has Room To Grow" - Scrip, 1 Aug, 2016.)