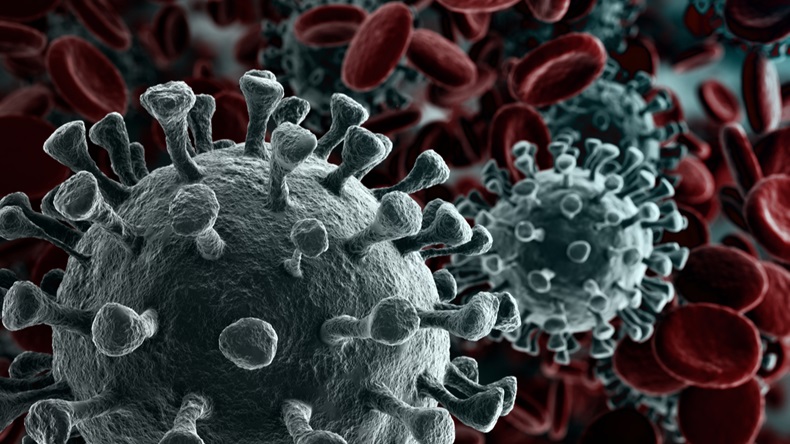 Promising data on Gilead Sciences Inc.’s experimental antiviral remdesivir given as compassionate use to more than 50 hospitalized COVID-19 patients is unlikely to change current clinical trials or clinical care.

That’s largely due to the limitations of the uncontrolled data in a disease where most patients will improve over time, along with the rapid conclusion expected of already ongoing studies that were designed to assess efficacy and safety.

Still, the Gilead data published Friday in the New England Journal of Medicine was met with enthusiasm by some. Former FDA Commissioner Scott Gottlieb suggesting it could potentially be used to help expedite the drug’s regulatory filings.

"There's latitude to consider an emergency use authorization or accelerated approval” for remdesivir to broaden access now, once NIH’s adaptive trial of the drug is fully enrolled, Gottlieb tweeted, particularly if ongoing trials support the benefit believed to be seen in compassionate use. He said the NIH trial could be used as a confirmatory study for the EUA or accelerated approval.

The compassionate use data showed that 36 of 53 or 68% of patients who received the drug had an improvement in the category of oxygen support compared to eight, or 15% who showed worsening over a median 18 days of follow up. By the most recent follow-up nearly half, or 25 of the 53 patients had been discharged from the hospital, including 24% who had been on ventilators

The company looked at patients who received the drug under compassionate use from 25 January through 7 March. While 61 patients got the drug during that period, eight were excluded because they did not have clinical data for at least one subsequent day. Patients were supposed to receive a 200mg dose of the drug intravenously on day 1 followed by 100mg daily for 9 days, though only 75% received all 10 days of treatment.

Gilead said the comparison of their patient cohort to contemporaneous cohorts from literature suggest the drug may have produced clinical benefit though it acknowledged that the “lack of a randomized control group … precludes definitive conclusions.”

Besides the lack of randomization and a control group, the small size, short follow up and missing data are drawbacks, the company acknowledged. Other factors that could have contributed to the differences in patient outcomes in the study include the differences in supportive care received by patients and different thresholds for hospitalization.

“To me, it didn't move the needle in terms of saying, you know, this is gonna work or not,” Rajesh Gandhi, an infectious disease physician at Massachusetts General Hospital and professor of medicine at Harvard, told the Pink Sheet. “Without a comparison group I can’t say whether 68% of people who didn’t get remdesivir would have improved. Because the majority of people with COVID-19 do recover. So that is the issue.”

Gandhi, a fellow of the Infectious Diseases Society of America and chair-elect of the HIV Medicine Association, said that there have been some cases like with hepatitis C where single arm studies have been interpretable. That was because drugs were showing cure rates of 90% or more in a chronic infection. But “a self-resolving” infection needs a comparison, he said.

Gilead also didn’t look at surrogate markers of viral load in the compassionate use patients, Gandhi said. If they had collected viral load data and patients viral load went down over the course of treatment that “would be an indicator the drug is doing what we think it’s doing.”

Gandhi helped write IDSA’s guidelines on the treatment and management of COVID-19 patients, which was published Sunday. The guidelines mention remdesivir and the NEJM data in a section on treatments undergoing evaluation, but IDSA said it won’t make any formalized recommendations on the drug for COVID-19 until “the entire body of evidence,” particularly randomized controlled trials, are available.

In comparison, IDSA does make formal recommendations on other drugs for which randomized controlled trials in COVID-19 patients have not been completed. In these cases, IDSA’s preference was almost always that patients receive the medicines as part of clinical trials.

The big distinction between drugs that were mentioned in the recommendations section is that they are all already FDA approved for other uses and can be prescribed by physicians off-label, which is why the guideline committee wanted to highlight the available evidence for those medicines, Gandhi said.

Skepticism And Optimism As Gilead Adds Patients To Trials

Investors were excited about the compassionate use data but also cautious.

“Don’t jump the gun,” Geoffrey Porges of SVB Leerink wrote in a Friday investor note, which also warns about uncontrolled data in a self-resolving disease. The risks that the data Gilead reported are non-valid or non-repeatable “are heightened in a disease in which the natural history for most actively treated patient is to improve and recover.”

Still Porges believes the drug will likely be the first treatment approved for COVID-19, saying SVB Leerink is “more encouraged” about the upcoming trial results after the NEJM data.  He expects a conditional approval as soon as mid-May and at the latest Memorial Day.

Wolfe BioPharma’s Tim Anderson said when comparing the NEJM reported results to other studies they offer “encouraging signs that remdesivir may be having a positive clinical effect (of unclear magnitude).” But commercial prospects for the drug may still be limited, he added, saying he believes the company may give away much if not all of the drug in 2020 for humanitarian and political reasons.

The NEJM study offered a boost for Gilead after some skepticism earlier in the week about its decision to increase enrollment in two key Phase III open-label trials. Its Phase III study in moderate patients will enroll 1,600 patients, up from 600, and its study in severe patients will enroll 2,400, up from 400. This led to speculation the drug may not be a clear home run.

Porges noted that the “thrust” of the drug trials have been shifted from severe to moderate patients, and suggested this accounts for the company's decision last week to increase recruitment. Moderate patients do better on standard treatment so more patients will be required to demonstrate a meaningful treatment effect, he said. He also said the expansion was likely due to the need for more safety data.