For the first time, a working group within the International Council for Harmonization has started work on a regulatory topic specifically tailored to the global generics and biosimilars industry. 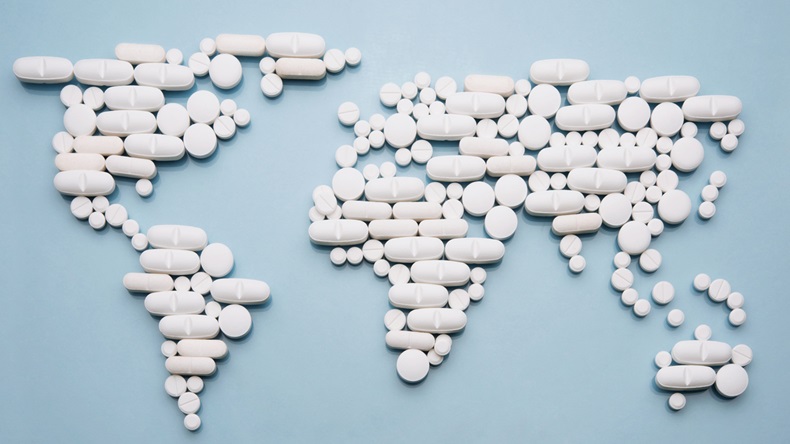 The formal adoption by the International Council for Harmonization’s general assembly of a new topic on bioequivalence for immediate-release solid oral dosage forms has been welcomed by the International Generic and Biosimilar Medicines Association. During its most recent meeting held in Singapore last month, the ICH assembly agreed a concept paper outline for the M13 bioequivalence topic and decided to establish “without delay” a new working group to work on finalizing the concept paper and devise a business plan.

“This is the first topic since the ICH reorganization in 2016 that is specifically focused on the generic medicines industry,” pointed out the ICH assembly and management committee member representing the IGBA, Nicholas Cappuccino. “The support of both the regulators and other industry members of the ICH assembly is appreciated given the many priorities for new ICH harmonization topics and the resources necessary from all parties to support guideline development,” he added.

Step Towards Optimizing Product Development
Pointing out how essential bioequivalence studies were in establishing the safety and efficacy of immediate-release, solid-dose generics, the IGBA said scientific harmonization of study designs for such studies would “allow the streamlining of some important aspects of the conduct of these trials and optimize product development.”

“IGBA membership therefore awaits with excitement the activation of this topic at ICH which will open the door for subsequent important discussions and ICH guidelines on the global development of affordable generic medicines, which are paramount for increasing patient access,” commented the global industry association, which joined the ICH as an industry member of the general assembly in June 2016, and was elected by the assembly to the ICH’s management committee two years later.  (Also see "Joining ICH committee is ‘milestone’ for IGBA" - Generics Bulletin, 15 Jun, 2018.)

Since joining the management committee in 2018, IGBA representatives have worked to ensure that harmonization issues of importance to the global generics and biosimilars industries find a place on the ICH’s work schedule.

Significant progress was made at the start of this year, when the ICH published a reflection paper on harmonizing technical and scientific standards for generics that envisaged initially developing guidelines on bioequivalence standards for non-complex oral dosage forms, followed by guidance on more complex dosage forms or products. An informal generic drug discussion group (IGDG) is also to be established to identify opportunities to include generics in other ICH guidelines.  (Also see "ICH Sets Out Proposals On Harmonizing Standards For Generics" - Generics Bulletin, 7 Feb, 2019.)

IGBA Pushing To Harmonize Standards
In an exclusive interview with Generics Bulletin conducted shortly after the publication of that reflection paper, IGBA secretary-general Suzette Kox and chair Jim Keon described the paper as “a recognition by the ICH assembly of the importance of generic medicines in healthcare and the value of harmonization of technical standards to guarantee access to high-quality generic medicines to patients worldwide.”

“An active participation in ICH is an IGBA priority,” Kox stated. “IGBA-nominated experts will need to take a leadership role in the new IGDG,” she said, particularly when it came to scientific contributions and offering the benefits of long-standing industry experience. “Harmonizing standards is an essential part of an international regulatory framework, allowing true global generic drug development,” she stressed.

The M13 topic on bioequivalence for immediate-release solid oral dosage forms had been supported in principle during the ICH’s previous biannual meeting held in June this year. During the latest meeting held from 16-20 November, the ICH’s 16 members and 32 observers formally adopted the topic, along with a proposal to revise its Q9 guideline on quality risk management.

However, while the assembly decided to delay the Q9 revision in light of other ongoing quality work, it said a new working group for the M13 bioequivalence topic should be set up immediately to start work on finalizing a concept paper and business plan.

Extractables And Leachables Group Set Up
Furthermore, the assembly is also establishing a new working group to start work on its Q3E guideline on assessing and controlling extractables and leachables for pharmaceuticals and biologics. This topic had been adopted in June, but with a delayed start time.

In total, 14 working groups convened during the ICH’s Singapore meeting, six of which were recently created to work on new topic proposals. The regulatory body described as “particularly noteworthy” the adoption by assembly members – Step 4 in the ICH process – of a new Q12 guideline on technical and regulatory considerations for pharmaceutical product lifecycle management, which was finalized by its working group during the meeting last month.

The ICH said this guideline complemented its Q8 to Q11 quality guides and was intended “to promote innovation and continual improvement in the pharmaceutical sector, and strengthen quality assurance and reliable supply of product, including proactive planning of global supply chain adjustments.”

According to the ICH, its Q12 guideline “provides a framework to facilitate the management of post-approval chemistry, manufacturing and controls (CMC) changes in a more predictable and efficient manner across the product lifecycle.” This, the body said, would allow regulatory assessors and inspectors to better understand companies’ pharmaceutical quality systems for managing post-approval CMC changes.

The assembly also welcomed the finalization by two working groups not meeting in Singapore of Step 4 adoption processes for the E9(R1) addendum to defining the appropriate estimand for clinical trial/sensitivity analyses and for the new M9 guideline on biopharmaceutics classification system-based biowaivers.

Biowaivers Guideline Reaches Adoption Step
The M9 guideline, along with its question-and-answer document, provides recommendations to support biopharmaceutics classification of medicines and waiving bioequivalence studies. “This guideline will reduce the costs and time of development and prevent unnecessary exposure of mostly healthy volunteers to medicinal products, as in vivo studies to prove the biopharmaceutical quality of the medicinal product would not be needed, and therefore, facilitate the patient’s access to medicines or post-approval changes,” the ICH asserted.

Following a recent public meeting on its draft revised E8(R1) guideline on general considerations for clinical trials that was held at the headquarters of the US Food and Drug Administration in Silver Spring, MD, the ICH assembly is considering opportunities for other working groups to “gather stakeholder input through similar outreach activities.”

The Singapore meeting also saw the ICH assembly re-elect the European Commission’s Lenita Lindström-Gommers as chair and Health Canada’s Celia Lourenco as vice-chair, each to serve a two-year term. The FDA’s Theresa Mullin and Nobumasa Nakashima from Japan’s Ministry of Health, Labor and Welfare/Pharmaceuticals and Medical Devices Agency were re-elected by the ICH management committee as chair and vice-chair respectively for one-year terms; while representatives from Brazil’s Anvisa regulatory agency were elected by the assembly to the ICH management committee.

The next ICH meeting will take place on 23-27 May 2020 in Vancouver, Canada. At its following biannual meeting in November 2020 to be held in Athens, Greece, the ICH plans to commemorate its 30th anniversary by organizing a conference.