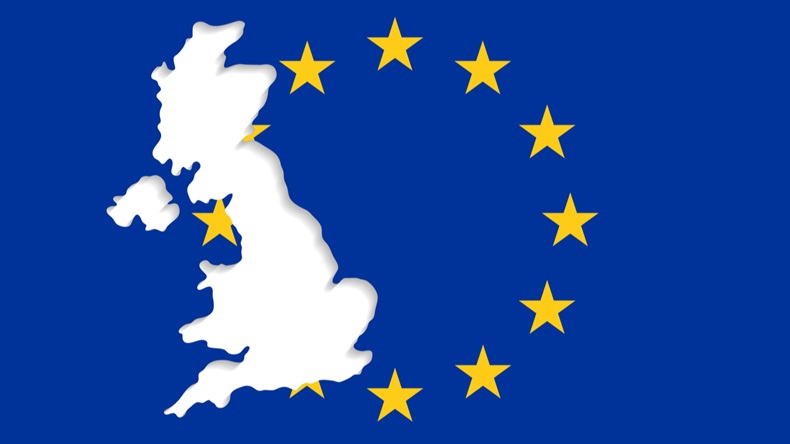 The mood within the life sciences industry is darkening as the sluggish UK-EU trade negotiations resume this week amid growing fears that the two sides will fail to agree on a free trade deal before the Brexit transition period expires on 31 December.

The EU’s chief negotiator, Michel Barnier, has already warned that a no-deal outcome is looking increasingly likely. The prospects of a deal may have receded even further after it was revealed on 6 September that the UK government is planning to publish legislation this week that would effectively override some parts of the Brexit withdrawal deal and the Northern Ireland Protocol that were agreed last year by the two sides.

Clearly frustrated by the pace of the talks, Steve Bates, CEO of the UK BioIndustry Association, said “lots of work and lots of progress” might have been expected in the negotiations during the summer. “Instead, as we enter September, it feels like we are running up against October with very little progress,” he remarked during the latest BIA Brexit webinar on 4 September.

Tim Windle, the BIA’s strategic policy advisor, said the EU had been "hopeful that the UK would reflect over the summer and come back and knuckle down and compromise but obviously that hasn’t happened yet.”

“What we have seen over summer is a bit of the blame game starting” and each side “starting to lay the groundwork for what happens if there is no deal,” Windle declared.

Webinar attendees were similarly downbeat, with 78% saying in a snap poll that they did not expect the UK and the EU to agree a deal this year. The figure at the previous webinar was 66%.

“If we can’t agree by [October], then I do not see that there will be a free trade agreement between us” – prime minister Boris Johnson

The aim of the negotiations is to reach agreement by the 15-16 October European Council summit, but time is running out. Prime minister Boris Johnson said that agreement on the future relationship was necessary by the time of the council summit and that “if we can’t agree by then, then I do not see that there will be a free trade agreement between us, and we should both accept that and move on.” He added, “I want to be absolutely clear that, as we have said right from the start, that would be a good outcome for the UK.”

The BIA would no doubt beg to differ. Ideally, the association would like to see the two sides strike both a trade deal and a specific mutual recognition agreement (MRA) on medicines regulation. Windle said there had been lobbying across the sector trying to stress to the UK and the EU how important an MRA would be, particularly if there was no trade deal.

The UK has tabled a proposal for an MRA, but so far there is no sign that it is being discussed. The trade negotiations are being held up by a number of key issues, most importantly the UK’s future state aid policies and the “level playing field,” followed by fishing rights. The EU wants the difficult issues sorted out first, “so this is perhaps why [the MRA] hasn’t happened yet,” Windle suggested.

Bates said, “we know that our medicines MRA lorry is stuck in a long queue behind other things and the way they are playing it is they are not going to take anything out of the queue until they have got through the difficult ones at the top.”

One encouraging sign for industry was last week’s publication of a set of guidances from the UK Medicines and Healthcare products Regulatory Agency (MHRA) explaining how a range of regulatory issues will be dealt with from 1 January 2020. These include “Great Britain marketing authorizations”, conditional approvals, pharmacovigilance procedures, pediatric study submissions, import and export, biosimilars, and advanced therapy medicines.

Bates said it was “great to see lots of detail” in the guidance, but he cautioned that there were some areas that had not been addressed, notably the question of medicines imported into Northern Ireland from Great Britain under the Northern Ireland protocol.

Under the NIP, EU regulations (including EU marketing authorizations) will apply in Northern Ireland, although the MHRA will be responsible for applying those rules. But the industry is still waiting for clarification on the supply of medicines under the protocol, nearly a year after it was approved, Bates said.

He said the BIA had been asking for the precise rules at its weekly meetings with officials and ministers. “We need that detail so that we can successfully continue to supply products legally to patients in Northern Ireland,” he said, adding: “I can assure you we are raising it every day.”

Bates also pointed out that because the MHRA had produced its guidance “at a fast lick,” it was likely that some questions would emerge over the next few weeks. If companies found anything problematic, he said, they should let the BIA know as “we are trying to help the MHRA with any questions that arise.”

He also noted that in preparation for 1 January 2020, “quite a lot of secondary legislation” was likely to emerge, in the form of Statutory Instruments to be debated in the UK parliament, particularly on issues such as IP including supplementary protection certificates. These have been tabled and retabled, and “we are keeping an absolutely close watching brief on this” as the “devil can be in the detail,” Bates observed.

As the UK is leaving the EU single market and customs union on 1 January, new border and customs procedures will be introduced, raising concerns that consignments of goods will be held up, particularly at the Channel ports.

Things will be further complicated, Bates said, by the fact that the UK’s “smart freight system,” which would allow lorries to get their paperwork completed before they got the green light to cross the Channel, had still not been tested.

Eight logistics firms have written to the Cabinet Officer minister, Michael Gove, expressing concern that supply chains will be severely disrupted from 1 January if IT systems are not sorted out in time. “The lack of confidence among the logistics industry is worrying me,” he said.

He noted the letter from the Department of Health and Social Care last month, which spoke of “significant disruption” at the Channel ports for six months after the end of the transition period, and mentioned the need for companies to use alternative routes for medicines between the UK and the EU. (Also see "Brexit: Medicine Supplies Face ‘Significant Disruption’ At Ports" - Pink Sheet, 20 Aug, 2020.) Bates said there would be alternative freight routes in place “but they are not yet bookable” and so were difficult to “operationalize.”

On top of this, the timing of the end of the transition period was “particularly difficult” because of the need to build up stock ahead of the Christmas break and amid the usual winter illness peaks, Bates noted. Things were further complicated by the pressures on the National Health Service when “everyone’s capacity is massively strained by the immediate challenges of COVID-19.”

Given the political shenanigans and uncertainty over the direction of the talks, it is difficult to say what will happen next. Windle sketched out a possible route map, saying that after this week’s round of talks the next negotiating round would be at the end of September, and that there may need to be “an emergency round before the 15-16 October European Council summit where the council would hope to agree what a deal would look like.”

Ideally, he said, there would be a draft agreement by the end of September, with political endorsement at European Council summit, and then time for translations of the deal and the necessary legal checks. The deal would then need to go to the European Parliament “and most likely to national parliaments or regional assemblies for their consent, then we would get an FTA.”

But with time in short supply, “what is more likely is that there will be some sort of incomplete agreement and then a longer ratification period, which might be an extension of the transition period in all but name,” Windle remarked.

If nothing is agreed at the council summit, “there could still be time ahead of that final deadline for further emergency negotiations,” he continued. A special council meeting might then be needed, followed by EU council signatures and parliamentary consent, “but as time runs out there is less and less time for national parliaments or regional assemblies to agree the deal,” he said. “So we could end up with no agreement… or perhaps there will be some kind of fudge with a ‘skinny’ deal,” but “we can’t be certain either way.”