In her first address as CEO, Emma Walmsley has shocked the market with a long list of changes for GSK, including a total makeover of the group's pharma unit. As a result, more than 30 R&D programs will be getting the axe and a 2011 commercialization partnership with Johnson & Johnson is on its way to the gallows. 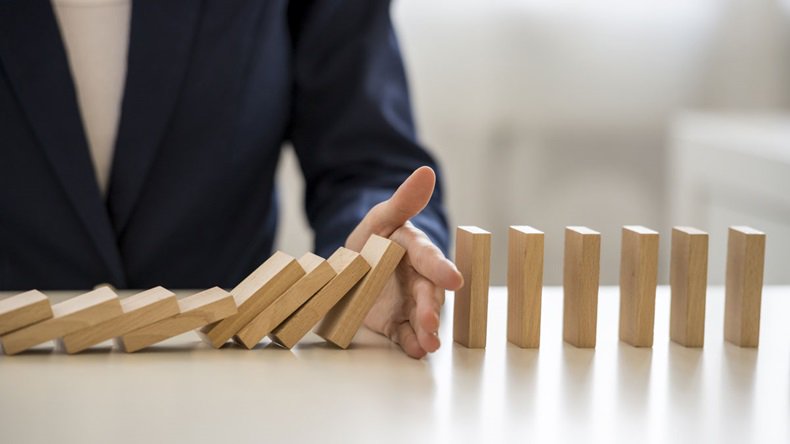 During the company's second quarter earning's report, GlaxoSmithKline PLC's new CEO Emma Walmsley outlined key issues for the business over the next three years and set out a series of new priorities, putting the group's pharmaceutical unit at the top of her to-fix list ahead of the consumer health and vaccine units.

The new CEO's corporate overhaul contains many more fireworks than analysts and investors had anticipated. GSK's stock price (London Stock Exchange) was trending down by around 1.5% in the afternoon of July 26 after the company's long list of corporate changes and cutbacks were announced.

In a move to "strengthen" its pharma unit, GSK is doing away with more than 30 development programs that are "unlikely to generate sufficient returns," the company noted in its July 26 2Q report.

"GSK has so far made decisions to terminate, partner or divest more than 30 preclinical and clinical programs," the company said, suggesting that other assets may also get the cut.

Programs already confirmed to be terminated or divested include:

The UK big pharma has also undertaken a strategic review of its rare diseases unit and is now considering options for future ownership of these assets. GSK's rare disease portfolio currently generates sales of around £425m annually. Bernstein analysts said in a July 26 note that the business could fetch between £2bn and £3bn.

The corporate changes presented by Walmsley during a three-hour company update in London on July 26 are based on three long-term priorities: innovation, performance and trust.

Under its "innovation" priority, in parallel with pipeline divestures, GSK has developed a list of pipeline assets to pour more investment into. This list will evolve as data reads out, the group noted, but items currently focus on respiratory and infectious disease pipeline programs. GSK will pour 80% of its pharmaceutical R&D capital into these two current therapy areas as well as two more R&D areas seen as potential growth drivers: oncology and immuno-inflammation.

Walmsley said: "We need a significant overhaul to how we develop our clinical assets." GSK's chief highlighted that the big pharma has fallen behind its rivals when it comes to translating R&D drug candidates into commercial successes; she also noted that development timelines at GSK are too slow and R&D in Phase II is taking the company much longer than its peers.

Walmsley added that recently appointed global head of pharmaceuticals Luke Miels would be leading the charge to improve governance of GSK's pipeline decision making. She said Miels' experience would be "invaluable." The incoming pharma chief, who joins the company from AstraZeneca PLC, will start his new role in September. (Also see "GSK Management Shake Up Ahead Of New CEO Sees Hussain Out, AZ's Miels In" - Scrip, 19 Jan, 2017.)

Miels will lead a "deep review" into efficiency and effectiveness of drug development at GSK and is expected to appoint a new leadership team within the pharma unit, Walmsley said. She added that the company's aim is to "develop the next wave of innovation."

Getting Up To Speed

GSK's CEO also noted that the company will focus more on technology investment. She said GSK must be agile and investors should expect material shifts in the way the company uses data and analytics. As an industry, Walmsley said pharma companies need to "reassess who our competitors and partners are."

To drive a greater use of new digital technologies GSK has appointed Karenann Terrell as its new chief digital and technology officer – effective from Sept. 4, 2017. Terrell will be responsible for developing the company's digital, data and analytics strategy. She was previously chief information officer for Walmart, where she focused on the company's use of data, analytics and digital engagement with customers. Before this she was chief information officer at Baxter International Inc.

To address its second corporate priority of "performance," GSK will move capital and resources away from markets that only offer limited opportunities. As part of this strategy, the company has dumped its sirukumab development and commercialization partner Janssen Pharmaceutical Cos.(aJohnson & Johnsoncompany).

As well as terminating its collaboration for immunology drug sirukumab, GSK will progressively withdraw its support for its own marketed type 2 diabetes drug Tanzeum (albiglutide).

A BLA for sirukumab has recently been filed in the US for rheumatoid arthritis and Janssen has Phase III trials ongoing in giant cell arteritis and inflammatory disorders and Phase II studies for asthma and major depressive disease. Janssen and GSK entered a co-development and co-commercialization license agreement for sirukumab in its RA indication in 2011.

Meanwhile, Tanzeum was only approved in the US in 2014 and had been forecast to reach peak annual sales of $1.8bn by 2023. The future of ongoing clinical studies for the drug in congestive heart failure and type I diabetes is uncertain now that GSK is withdrawing financial backing for the product.

GSK will also seek to divest 130 non-core brands, totaling approximately £500m. Bernstein analyst are wary of this approach, they noted that "prior attempts to divest core brands by big pharma has met with mixed results."

Giving A Damn About Reputation

Under the third corporate heading of "trust," Walmsley made a point of highlighting that reputation is important to GSK. She said the company is continuing to develop its healthcare practitioner engagement model to make sure it is a "competitive and trusted" company.

Under the leadership of Walmsley's predecessor Sir Andrew Witty, GSK was fined a record sum of $486m in September 2014 after it was officially found guilty of bribery in China by the Changsha Intermediate People's Court in Hunan Province. (Also see "Witty’s Bonus Slashed As GSK Recovers From China Scandal" - Scrip, 8 Mar, 2015.)

The inclusion of "trust" as a core principle and a mention of the company's ongoing changes to how it communicates with doctors were subtle nods from Walmsley, suggesting she'll be running a tighter ship.

GSK's forthcoming target, which is spurring current cost-cutting initiatives, is to deliver an additional £1bn in annual cost savings by 2020. These cost savings will be used to fund new product launches, R&D investments and to help mitigate pricing pressure on margins, the company noted.