The federal government’s month-long partial shutdown and resulting FDA furloughs has put on hold most, if not all, activities in the Office of Cosmetics and Colors, which will likely lead to a backlog of facility inspections, enforcement action, adverse event analysis and research activities. The Department of Health and Human Services notes that FDA has paused its cosmetics work, with operations not prioritized by the agency as activities that have an immediate effect on human health and safety. “To the best of my knowledge, cosmetics is still not working,” said Steven Grossman, deputy executive director of the Alliance for a Stronger FDA, in a Jan. 22 email. If any cosmetics staffers have reported for work, they are likely handling high-risk inspections or an emergency, though “nothing to this effect has been announced,” he added.

FDA Commissioner Scott Gottlieb said Jan. 9 that the agency was shifting resources to ensure that “high risk” safety inspections are conducted, and subsequently announced the recall of additional staffers to assist. (Also see "FDA Stretching Available Funds, Skeleton Workforce In Gov Shutdown Week Three" - HBW Insight, 9 Jan, 2019.) and (Also see "US FDA Brings Back Furloughed Workers To Inspect High-Risk Facilities" - Pink Sheet, 15 Jan, 2019.)  As for imports, FDA noted Dec. 22 that it would continue public health activities such as “screening the food and medical products that are imported to the US to protect consumers and patients from harmful products,” though cosmetics are not specifically mentioned. However, Benjamin England, attorney and founder and CEO of FDAImports.com, suggested in a Jan. 11 blog post that products subject to import alerts are still being detained - which would affect some cosmetics entering the US - and that the agency continues to conduct exams and testing for cause on imports. “However, the time to complete the import process may take longer, especially if the shipment includes issues that require input from headquarters or an FDA laboratory,” England noted, estimating that approximately 50% of import staffers are working during the shutdown. 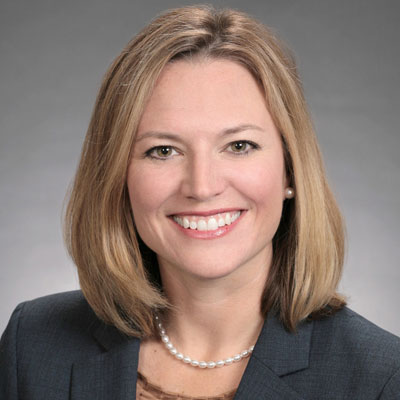 HALEY STOMP MOVES UP AT KEMIN INDUSTRIES AS SENIOR VP FOR WORLDWIDE MARKETING.

Kemin Industries Inc.appointed Haley Stomp, a 16-year company veteran, to lead its worldwide marketing as senior vice president on Jan. 22. The Des Moines, Iowa, firm, said Stomp will lead its corporate marketing team and collaborate with all 16 Kemin business units to enhance strategic marketing. She succeeds Riaan Van Dyk, who transitioned to general manager for Kemin Biologics in late 2018. Kemin, which describes itself as "a global ingredient manufacturer with a focus on improving the quality of life for more than half the world's population," said Stomp began in 2003 as a chemical process engineer for Kemin Health and took on increasing responsibility within the business unit, eventually moving into a global product manager position for Kemin and overseeing worldwide launch of a new enzyme. She moved to product management for Kemin Animal Nutrition and Health – North America, before moving into executive marketing posts for the business and in 2015 becoming marketing vice president. During Stomp's time in marketing management for the business, sales and margin tripled, and while marketing VP there she generated more than 25% growth year-over-year for three consecutive years.

Two years after Unilever PLC promised to voluntarily disclose fragrance components, consumers can access information regarding fragrance ingredients that comprise at least 0.01% of a product’s formulation for more than 1,100 of the firm’s beauty and personal care products. Fragrance information, which includes answers to common questions and ingredient explanations such as the scent emitted from components, can be accessed through the SmartLabel digital platform by scanning a product’s barcode with an app or through individual brand websites. Unilever’s 2017 decision to disclose its personal-care fragrances set the bar for other big multinationals, and its move was followed byProcter & Gamble Co. and Johnson & Johnson, all with efforts to exceed US regulations, which permit the word “fragrance” to stand in for all fragrance components on cosmetic product labels. (Also see "Unilever Commits To Personal-Care Fragrance Disclosure; Who’s Next?" - HBW Insight, 8 Feb, 2017.) Unilever also said in its Jan. 22 release that it is working to voluntarily update its US labels to comply with European fragrance allergen listing requirements.

Brandon Truaxe, the controversial founder and former CEO of beauty firmDeciem Inc., died Jan. 22 in Toronto, according to reports. The firm, which boasts 10 different brands, was founded in 2013 and bills itself as “The Abnormal Beauty Company” due to its pricing transparency and intent to disrupt the industry. In an October video posted on social media, Truaxe announced that Deciem would cease operations, alleging criminal activity and corruption among staffers, among other gripes, a move that followed nearly a year of erratic behavior on social media from the executive. (Also see "DECIEM, Truly ‘The Abnormal Beauty Company,’ Faces Uncertain Future" - HBW Insight, 9 Oct, 2018.) While Deciem minority shareholder Estee Lauder Companies Inc. maintained at the time that “we do not control [Deciem's] operations, social media or personnel decisions,” it subsequently removed Truaxe from his CEO post, installing former co-CEO Nicola Kilner in the helm. Lauder purchased a minority stake in Deciem in 2017 as a move to appeal to millennial generation consumers. (Also see "DECIEM: Estee Lauder's Key To Unlocking Millennial Skin-Care Mindset?" - HBW Insight, 6 Jul, 2017.)

Plant protein ingredients firmParabel USA Inc.has a distribution agreement with raw materials supplier CK Ingredients Inc.for commercialization of itLenteinprotein for the nutraceutical sector in Canada. Parabel on Jan. 21 said Lentien is derived from a water lentil, Lemnoideae, a minimally processed ingredient that goes from farm to table in only 20 minutes known as "the world's most complete food source" with the highest levels of essential amino acids of all plant protein. The Vero Beach, Fla., firm said its ingredient is non-GMO, free of major allergens and fully sustainable. CK, of Oakville, Ontario, will distribute Lentien protein ingredients into the nutraceutical sector and will add expertise in areas like application development, regulatory, logistics and traceability, according to the firms. Parabel also said construction has begun on its second commercial facility in Vero Beach and is expected to be operating by June to up to 3,500 tons of protein per year.