The latest figures from China's National Health Commission show infections of the new Wuhan coronavirus are continuing to pile up, spreading to more cities in the country and abroad as travel for the Lunar New Year festival goes into high gear. Meanwhile, the Chinese government maintains that the situation is “preventable and controllable.” 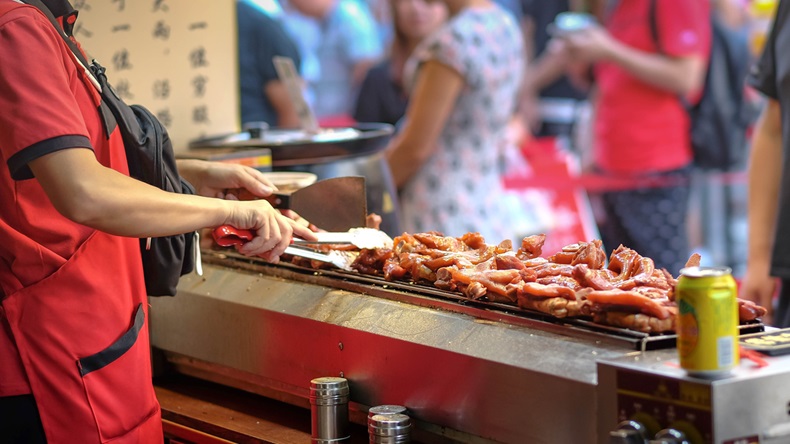 January is usually a busy shopping month for people in China as they get ready for the week-long Spring Festival and lunar new year celebrations. In the central city of Wuhan, a set of symptoms quietly went around one of the crowded wet markets in the city of 11 million.

First, one patron at the Southern China Seafood Market fell ill. Then quickly others started coughing and developing flu-like symptoms and were sent to local hospitals for care.

Since the first reported case on 31 December, the virus - now identified as a novel coronavirus (2019-nCoV) - has since spread from central Wuhan to the megacities of Beijing, Shanghai and Shenzhen and other Chinese cities, and isolated cases have recently made their way to other Asian countries including Japan, South Korea and Thailand.

The cases are quickly piling up. Local Wuhan health authorities initially reported roughly 40 confirmed patients and no fatalities, but by 12 January, more than 100 cases and one death had been confirmed. As of 21 January, the figure had nearly tripled to 291 cases, as reported by the China National Health Commission, with three deaths. A separate report showed that as many as 14 medical workers had also been affected, and person-to-person transmission has now been confirmed.

On 20 January, the Chinese government officially designated  2019-nCov as a Category 2 infectious disease and started taking measures to prevent and control it as a Category 1 infectious condition, meaning that a mandatory quarantine may be required by the government.

The World Health Organization says that that China is sharing the genetic sequence of the new virus, which will be used by other countries to develop specific diagnostic kits.

The spread of the virus has once again put China in the forefront of a battle against a novel and deadly outbreak, following on from the SARS (severe acute respiratory syndrome) outbreak in 2002.

Antivirals were already becoming a hot area for local researchers and US returnees to set up bioventures to develop treatments for infections ranging from influenza to respiratory syncytial virus. (Also see "Ark Bio Of China Bets On Untapped Pediatric Antiviral Market Where Few Have Succeeded" - Scrip, 20 May, 2019.)

Hard To Treat
“Coronavirus is an RNA virus that has no therapeutic agent available. RNA viruses are very challenging to develop a drug against compared with DNA viruses [such as HIV, hepatitis B and some herpes viruses],” Jim Wu, CEO and founder of Shanghai-based antiviral developer Ark Biosciences Inc. told Scrip.

Fear is evident. First the timing - the end of January is the busiest travel season in China, when 300 million people are estimated hit the road to join families in the Chinese New Year celebrations, the biggest festival of the whole year.

The worries are also particularly pronounced in a country where memories of the SARS outbreak are still vivid. In early 2003, the outbreak killed 800 people and thousands of cases were reported worldwide.

Compared to 17 years ago, China has also grown by leaps and bounds, from a economy worth less than $2tn to become the second largest in the world. But doubt persists over whether the country and its health sector can effectively control the outbreak.

So far, the responses from health companies to the emerging outbreak have largely focused on diagnosis and there is no treatment so far. Several companies including genome sequencing firm BGI Genomics Co. Ltd. have rushed to develop test kits for medical facilities to detect the viral infection.

Diagnostics, TCM Makers See Gains
Meanwhile, Chinese medical experts are suggesting that early detection, diagnosis and quarantine will be key. Zhong Nanshan, a physician from Guangzhou Hospital and well-known for his expertise in respiratory diseases, said the new Wuhan and Guangdong cases show increasing person-to-person transmission. The massive movement of travelers during the holiday period adds another layer of complexity and people should take precautions and avoid large crowds, he added.

As many as 24 publicly traded health companies have seen their shares rise by up to 9% on expectations they may benefit from the outbreak. The pharma beneficiaries include makers of ingredients for antivirals and antibiotics such as Dongbei Pharma, Lukang Pharma, New China Pharma and Lianhuan Pharma.

Traditional Chinese medicines firms have also seen some large share gains of up to 10%. One of these, Xiangxue Pharma, manufactures oral liquids for flu and another, Yilin Pharma, markets such medicines for avian flu.

Among diagnostics companies, large players such as BGI and Chinese firm Dian Diagnostics are rushing to have their testing kits ready for hospital lab use, although none seem to have been granted formal approvals from the National Medical Products Administration.

Large companies aside, smaller players are also emerging to seize the opportunity. Shenxiang Bio for one announced a rapid diagnostic kit that can detect the 2019-nCoV virus in as little as 30 minutes.