Following its partnership with Dicerna, the German pharma signs a second NASH deal with MiNA and inks three cancer-related transactions, including divestitures. Also, Amgen buys out Kirin’s half of their joint venture for $780m. 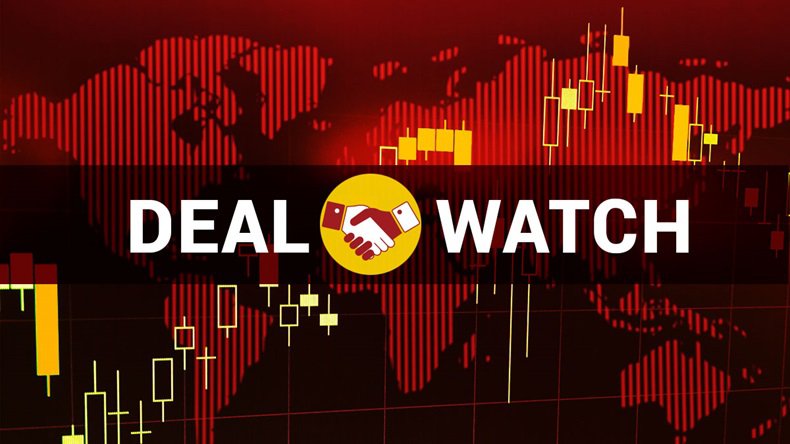 Following its Nov. 2 collaboration with RNA-interference specialist Dicerna Pharmaceuticals Inc.to go after a difficult-to-reach target in non-alcoholic steatohepatitis (NASH), Boehringer Ingelheim GMBH doubled down on both the disease and RNA approach with a second NASH deal. The family-owned German firm unveiled an agreement with MiNA Therapeutics Ltd. on Nov. 8 to focus on up to three undisclosed targets in fibrotic liver disease.

Like the Dicerna pact (see roundup below), this one with UK RNA-activation specialist MiNA references fibrotic liver disease in general, but the primary disease focus is NASH, a burgeoning global unmet medical need that has drawn development and deal-making from dozens of companies in recent years. (Also see "Genfit May Be Gaining An Edge In NASH Race" - Scrip, 26 Oct, 2017.)

BI said the partnership with MiNA will leverage the latter’s small activating RNA (saRNA) platform technology to prevent disease progression by restoring normal cell and organ function. The saRNA technology has the potential to activate transcription of specific genes that can up-regulate proteins of therapeutic potential.

Specifically, the collaboration will seek to identify targets to restore the metabolic function of hepatocytes and prevent fibrotic tissue formation in NASH patients, BI said. The pharma hopes the work will enable it to design, profile and develop novel compounds for NASH, including potential combination therapy partners for its other NASH candidates.

Total remuneration to MiNA under the deal could reach €307m (about $356m) and royalties on product sales. The total includes an undisclosed upfront payment and R&D cost reimbursement as well as potential research, development and regulatory milestone fees.

A clinical trial using the tracer to evaluate the benefit of anti-PD-1 therapy in patients with squamous cell head and neck cancer is underway, CellSight noted. The two companies initially connected via the US National Cancer Institute’s Small Business Innovations Research (SBIR) program.

In recent days, BI also announced a pair of agreements to out-license cancer candidates to other companies (see below).

Without disclosing detailed financial terms, iPharma will pay Boehringer an upfront fee and future milestone and royalty payments. The biotech plans to initiate Phase I/II trials in 2018 in combination with immune checkpoint inhibitors and/or potentially with other therapies. A Phase I trial of BI 853520 has been completed in multiple solid tumors, including advanced pancreatic adenocarcinoma, platinum-resistant ovarian cancer, esophageal cancer and soft-tissue sarcoma.

iPharma is advancing a pipeline consisting of novel molecules for the treatment of cancers and other indications. It entered into a licensing deal on Aug. 25 with Germany's Mologen AG for the DNA-based immunomodulator lefitolimod (MGN1703), a toll-like receptor 9 (TLR9) agonist to treat cancer-related diseases that is in Phase III for metastatic colorectal cancer and Phase II for small-cell lung cancer. [See Deal]

iPharma is a joint venture formed by I-Bridge Capital of China and Israel's BioLineRx Ltd. in August 2016. [See Deal] The company’s CEO Binhui Ni previously served as the head of external innovation and partnering, strategy and business development for the Asia Pacific at Sanofi.

Founded in 2016, Xynomic has been focused on acquiring assets to fill its pipeline and this third purchase is much larger than the others, with the company agreeing to pay a total of $502m in upfront and milestone fees as well as royalties to BI.

The JV eventually got rights to other Amgen products: Neupogen (filgrastim) and Neulasta(pegfilgrastim) for neutropenia, Aranesp (darbepoetin alfa) for anemia, Nplate (romiplostim) for thrombocytopenic purpura, and brodalumab for psoriasis and psoriatic arthritis. Kirin-Amgen holds the intellectual property for each of the products and, in exchange for royalty rights, licensed Kyowa Hakko Kirin Co. Ltd. marketing rights in certain Asian countries, while Amgen's rights extend to other territories. [See Deal]

Amgen will pay Kirin $780m for its 50% stake and up to $30m in sales-based earn-outs under the agreement announced Oct. 30. Amgen will own the product rights and remaining cash held by Kirin-Amgen when the transaction closes. However, the licensing agreements between Kirin-Amgen and Kyowa Hakko Kirin in certain Asian territories will remain in place.

PharmaMar SA has reached a licensing agreement with Boryung Pharmaceuticals Co. Ltd. to commercialize the marine-derived anticancer drug Zepsyre (lurbinectedin), if approved, in South Korea. PharmaMar will receive an undisclosed upfront payment and be eligible for additional remunerations upon achieving regulatory and sales milestones under the agreement announced Nov. 7. The Spanish firm will retain exclusive production rights and will sell the product to the South Korean pharma for commercial use, if approved.

Zepsyre is undergoing late-stage clinical development for platinum-resistant ovarian cancer and for small-cell lung cancer. After results obtained in BRCA2-associated metastatic breast cancer and endometrial cancer clinical trials, PharmaMar also plans to start a pivotal Phase III study in each of those indications.

According to Luis Mora, managing director of PharmaMar's oncology business unit, “this is our second strategic agreement with Boryung Pharm and we are very pleased with our business partner. This new agreement will allow Zepsyre to reach the Korean market, if approved, in the hands of one of the leading companies in the field of oncology in this country."

In Japan, both parties will jointly develop imeglimin in Phase III trials and Sumitomo will fund associated costs and commercialize the product there. Sumitomo is solely responsible for development and commercialization in all other licensed Asian territories. Poxel receives $42m up front and could earn up to $24m for development milestones as well as $233m for achieving sales milestones and escalating double-digit royalties.

Imeglimin is an oral candidate in Phase II development as both a monotherapy and combination therapy for type 2 diabetes. The compound has demonstrated its ability to decrease mitochondrial respiration and is targeted to the muscle, liver and pancreas to inhibit gluconeogenesis, increase muscle glucose uptake and restore normal insulin secretion via a glucose-dependent mechanism. This unique mechanism of action has the potential to prevent endothelial and diastolic dysfunction and offer a protective effect on beta-cell survival and function.

Poxel says it chose Sumitomo as a partner because of its strong Asian presence and proven success in developing and commercializing diabetes therapies.

Public antivirals developer Aviragen Therapeutics Inc. and closely held vaccines maker Vaxart Inc.are merging. The combined firm will retain the Vaxart name and trade on the NASDAQ with Vaxart's CEO continuing in his position, under an agreement announced Oct. 30.

Post-transaction, Vaxart's shareholders will hold a 60% stake and Aviragen the remaining 40%. The exchange ratio was determined by valuing Aviragen at $60m and Vaxart at $90m based on their financial and clinical assets. The combined entity's cash position is expected to be approximately $30m.

The company will focus on creating oral therapies and prophylactics for viral infections. Aviragen brings to the table BTA074 for HPV-associated condyloma, vapendavir for rhinovirus and BTA585 (enzaplatovir) for respiratory syncytial virus – all in Phase II. It also has rights to two influenza candidates – Inavir (laninamivir octanoate) from Daiichi Sankyo Co. Ltd., and Relenza (zanamivir). Vaxart offers a technology for delivery of a wide range of oral vaccines. It has vaccine candidates in Phase II for influenza, Phase Ib for norovirus (VXA-G1.1) and preclinical studies for RSV. Vaxart also has a preclinical therapeutic for human papilloma virus.

Because Vaxart's vaccines are delivered in tablet form, they are easier to administer than injectable vaccines, are more shelf-stable and offer enhanced patient acceptance. In addition, they are designed to generate broad and durable immune responses, including toll cell and T-cell responses, which may enhance protection against certain infectious diseases for which no vaccines currently exist.

Medicure Gets US Rights To Carmel’s Prexxartan

Carmel Biosciences Inc. licensed Medicure Inc. exclusive rights Oct. 31 to commercialize and manufacture the cardiovascular therapy Prexxartan (valsartan) in the US and its territories.

The deal term is seven years with the possibility for extension. Carmel receives a $100,000 upfront payment, $400,000 upon FDA approval, plus sales milestone fees and royalties. Prexxartan is an oral solution for individuals unable to swallow valsartan tablets, indicated for hypertension in heart failure patients and to reduce the risk of cardiovascular death in clinically stable patients with left ventricular failure or left ventricular dysfunction following myocardial infarction. The drug has been granted tentative FDA approval, with the official approval expected to come by the end of 2017. Medicure plans to launch Prexxartan before the end of the first quarter of 2018.

You can read more about deals that have been covered in depth by Scrip in recent days below:

You can read more about deals that have been covered in depth by Scrip in recent days below: