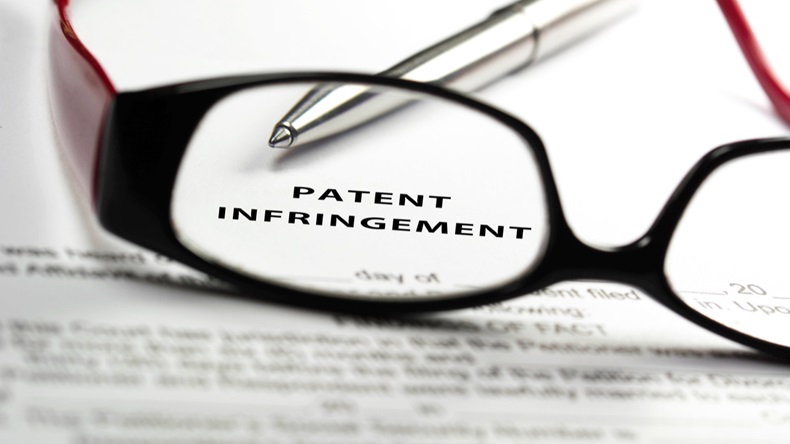 The dispute between Gilead Sciences Inc. and the US government over its pre-exposure prophylaxis (PrEP) products has escalated, offering the Trump Administration a drug pricing talking point and creating a worrisome precedent for firms contemplating involvement with government-funded research.

In a lawsuit filed on 6 November, the Department of Health and Human Services is seeking to compel Gilead to license the government’s four patents issued in 2015 related to for HIV prevention. The company’s drug Truvada has been approved for PrEP since 2012 and the Food and Drug Administration cleared its follow-on antiretroviral regimen Descovy for this indication in October. (Also see "Gilead’s Descovy Nabs Limited HIV Prophylaxis Indication Pending A New Study In Women" - Pink Sheet, 4 Oct, 2019.)

HHS argues that Gilead is willfully infringing the HHS patents by not licensing the intellectual property created through taxpayer-funded PrEP research conducted by the Centers for Disease Control (CDC), according to the lawsuit, filed in the US District Court for the District of Delaware.

Gilead disputes the allegations in a statement about the lawsuit, reiterating claims it made in August when it asked the US Patent and Trademark Office (USPTO) Patent Trial and Appeal Board (PTAB) to conduct an inter partes review of the HHS patents.

“We strongly believe that the patents granted to HHS since 2015 for PrEP and [post-exposure prophylaxis (PEP)] are not valid and reject any notion of willful infringement,” Gilead said on 7 November. “HHS improperly filed for patents without alerting Gilead, despite its obligation to do so, and we have openly explained the defects in the patents since becoming aware of them.”

The company, which said it will ask the district court in Delaware to stay the HHS lawsuit until after the inter partes review, argued that there is “compelling evidence” showing that others considered the idea of using antiretroviral therapy for PrEP and PEP long before the CDC claims to have invented the prophylaxis strategy in 2006. This prior art was not disclosed in the patent applications for the four HHS patents, Gilead noted.

HHS Disputes Gilead’s PrEP Investment
The HHS lawsuit disputes Gilead’s investment in Truvada for prophylaxis, citing PrEP studies sponsored and funded by the CDC and National Institutes of Health with substantial funding from the Bill and Melinda Gates Foundation.

Gilead used the results of the studies, known as iPrEX and Partners PrEP, to support its application to the US FDA for approval of Truvada for PrEP, but the company’s funding for those studies was limited to free supplies of the drug and placebo, the government’s complaint says.

The HHS lawsuit notes that Gilead agreed in a material transfer agreement for CDC PrEP studies in 2004 that it would license patents related to the studies’ findings. And contrary to the company’s claims, the HHS complaint says, Gilead was informed in of the CDC’s intent to seek patents for its research findings – that combinations of emtricitabine and tenofovir or prodrugs of tenofovir, such as TDF in Truvada, are effective in preventing HIV in primates and at-risk humans.

HHS Secretary Alex Azar acknowledged Gilead’s efforts to sell Truvada and Descovy, which has reduced the spread of HIV and saved lives in the US, in the department’s statement about its lawsuit. However, Azar said Gilead must respect US patent laws and the CDC researchers’ “groundbreaking work.”

The HHS lawsuit is seeking damages, reimbursement of legal fees and ongoing reasonable royalties on sales of Truvada and Descovy.

High Drug Costs Cited Following May Hearing
The government’s complaint notes that private sector investment in PrEP studies increased after the CDC studies’ findings were widely published and presented – all of which was backed by “hundreds of millions of dollars” in US taxpayer funding.

The lawsuit also notes the high cost of Gilead’s PrEP regimens, which for Truvada has increased from $1,250 per month in 2012 to nearly $1,800 monthly in 2019 as the number of people using the combination pill for PrEP has grown from 8,768 to 200,000-plus in the US – a fraction of the 1.1m at-risk individuals eligible for treatment.

Gilead was grilled by members of the US House of Representatives during a House oversight hearing in May about the pricing of its PrEP drug Truvada despite the government-funded research that supported the drug’s approval in that indication.

The company simultaneously announced that it would donate 2.4m bottles of Truvada to the US government annually to distribute to uninsured PrEP users for up to 11 years. It also announced that through a settlement with Teva Pharmaceutical Industries Ltd. a generic version of Truvada would become available in September 2020 – a year before the 2021 expiration of Gilead’s patents.

Chilling Research Collaborations?
The hearing and Gilead's donation illustrate the difficult, dual roles that biopharma firms often have to play in Washington: punching bag and public health partner. The Trump administration has continued this frequently dysfunctional relationship – desperate for what drug firms have to offer, but loathe to give them what they say they need.

But the HHS lawsuit, like Trump's pricing blueprint, puts the rhetoric into action in ways that previous administrations have not. The Obama administration, for example, was fond of criticizing pharma, but opted not to exercise "march-in" rights on government inventions when presented with the opportunity.  (Also see "NIH Reluctant To “March In”: Collins Suggests Authority Not Intended To Address Pricing Concerns" - Pink Sheet, 20 Apr, 2016.)

So far, the Trump administration has, if anything, been even more hesitant about using march-in rights. (Also see "End Of The 'March-In' Pricing Petitions?" - Pink Sheet, 24 Apr, 2019.)

And even if HHS won the suit against Gilead, that victory wouldn't seem to directly impact the price of the products.

However, the PrEP patent suit, while not directly related to the government's march-in powers, suggests that the Trump administration may now feel that drug pricing concerns are worth the risks of upsetting the long-standing government-industry research paradigm.