Some of pharma's biggest names debated the pressing issues impacting industry, including pricing, image and the inter partes review system. Then, a cancer patient stood up and asked a question that reminded everyone of the issues facing patients. 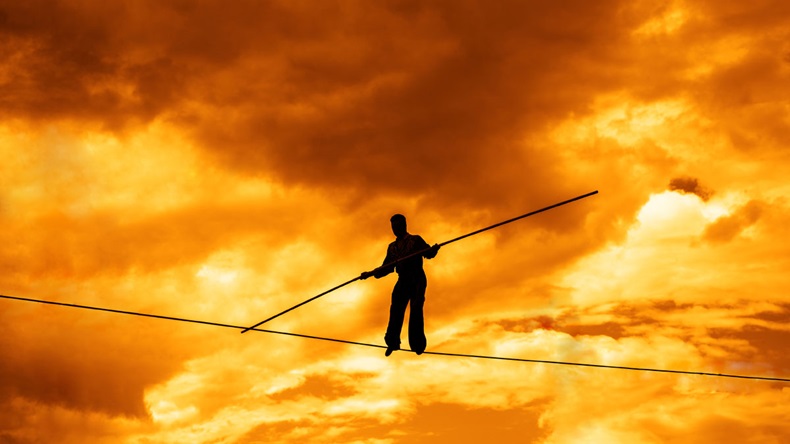 Five of industry's top leaders took the stage together at the Forbes Healthcare Summit in New York Nov. 30 to discuss some of the most pressing issues facing the industry, and as usual during what is billed as "the pharma all-stars" panel, there was kinship, discord and a few fireworks.

This year, there was also a poignant moment when a cancer patient in the audience stood up and asked a question of the five chief executives that sucked the air out of the room and reminded everyone that despite all of the issues – drug prices, taxes, patent protection, stock prices, commercial successes, mega-flops – there are plenty of reasons to keep investing in pharmaceutical drug development.

"You do have to have a reward," Regeneron's Schleifer said. "You are spending billions and billions of dollars. There has to be a reward system that incentivizes."

'This Administration Does Value This Industry'

After a year that started with the President of the United States calling out the drug industry for "getting away with murder," the panelists appeared to agree that industry's anxiety around the potential for more government involvement in drug pricing has tempered. (Also see "Trump Throws Pharma A Curve Ball On The Third Day Of J.P. Morgan" - Scrip, 12 Jan, 2017.) The industry has had a mixed relationship with President Trump at different points during the year, but the panelists appeared largely pleased with the appointments of former colleague Alex Azar as Health & Human Services Secretary and Scott Gottlieb as FDA Commissioner.

Ricks, who previously worked with Azar at Lilly, said he didn't hear any unexpected issues arise during the recent Senate confirmation hearing. "I didn't hear anything particularly new," he said. "I do think the new commissioner of the FDA has put into action some things that can improve and are improving the environment," he added.

Merck's Frazier had a positive tone about the White House, even after he personally became the target of a Trump tweet after he stepped down from the president's American Jobs Advisory Council in August. (Also see "Industry In The Middle: Merck's Frazier Takes A Stand, Trump Tweets Back" - Scrip, 14 Aug, 2017.)

"I think this administration does value this industry," Frazier said. "I think [Trump] got across to us that he was not trying to fundamentally kill innovation, so I think that is a very positive thing."

He added, "Our relationship with the government doesn't trouble me at the moment."

'It Made Us Look Bad'

The fireworks came when Allergan's recent deal with the Saint Regis Mohawk Tribe to circumvent the inter partes review (IPR) system came up. Allergan drew a lot of criticism for the deal, aimed at protecting the intellectual property for Restasis, while Saunders has also been a vocal critic of some of the industry's pricing practices. (Also see "Allergan May Rue Mohawk Tribe Deal As Court Invalidates Restasis Patents" - Scrip, 16 Oct, 2017.)

Schleifer, who has a reputation for straight talk, told Saunders the move reflected poorly on the entire industry. "I think it made us look bad," he said to Saunders. "It makes you look desperate. … I think you'd be better off trying to invent a new drug."

Saunders defended his decision, claiming that the IPR challenges are unfair because they act as double-jeopardy with federal court patent challenges under Hatch-Waxman. "I don't think it is desperation," he said. "The current system is a flawed system. If you want to debate the IP system that would be a more substantive debate," he said to Schleifer.

Nonetheless, most of the panelists agreed with motivation behind Allergan's deal, if not exactly the tactic. "I agree as a matter of policy with the double jeopardy issue," Frazier acknowledged.

'I Have A Rare Cancer; What Can You Do For Me?'

Amidst the lively debate, panelists and attendees were drawn back to reality by an audience member who stood up to ask a question that was essentially, "I have a rare cancer; What can you do for me?" With all of the positive developments going on in the oncology field, he wanted to know what drug companies can do for smaller subsets of patients with rare cancers, where the commercial opportunity might be smaller.

The moment was a reminder of what is at stake when it comes to drug development and the critical nature of the work beyond the drug pricing and policy debates. The question also hung in the room as realities like blockbuster sales and R&D investment sunk in.

Schleifer acknowledged the challenges. "You do have to have a reward," he said. "You are spending billions and billions of dollars. There has to be a reward system that incentivizes."

But Pfizer's Read sought to assure him that drug makers are willing to study rarer cancers. He pointed to the company's ALK1/ROS1 tyrosine kinase inhibitor lorlatinib in development for a rare lung cancer with ALK and ROS1 mutations.

"We develop those drugs," he said, noting that Pfizer will often donate the drug to independent scientists investigating a specific area. "They come to us and say, 'I want to run this trial in 30 patients, will you donate the drug?' And we do, once we review the scientific rationale. I think there is adequate access in those kinds of precision drugs."

Lilly's Ricks said flexibility at FDA to allow the use of earlier data to support indications for rare and urgent diseases is also a positive step toward developing medicines for rarer cancers. "I would say we need that in other therapy areas," he said.

'We Are In The Midst Of A Market Experiment'

In the end, all five CEOs largely agreed the industry is in the midst of change, both in the commercial market when it comes to drug pricing and the payer environment, and when it comes to the science.

"I think we are in the midst of a market experiment,"Schleifer said, referencing the current attempts by pharma companies and payers to use new methods to tie the cost of drugs to the value they deliver. He pointed to the launch of Regeneron's Dupixent (dupilumab) for atopic dermatitis as an example, where the company, with its partner Sanofi, tried to price the drug reasonably for a biologic in the hopes of securing broader access.

"We expect them to reward us, not because we are such good guys … but because it is in their own self-interest," he said.

But Read countered that argument. He said the incentives in the insurance market need to be better realigned to long-term health outcomes to broaden market access to drugs.

"It's not in their best interest to be insuring [chronically-ill] individuals," he said. "They dump them all in Medicare at 65 so they have no real interest in long-term health." Schleifer joked back that it sounded a bit like Read was making the case for single-payer healthcare.

Frazier maintained that the risks to drug innovation are very real; as the costs of development rise, the bar for R&D rises and market access narrows. "The model that produces these drugs is a very fragile model," he said. "The capital markets don't have compassion. At the end of the day, they want a risk-adjusted return on investment."

Still, Frazier turned the discussion on a positive note, even while talking about the many biotechs that never make it to the commercial realm. "Most of those companies go out of business, right? And very few of them are successful, and yet the successes are glorious and they change the world."