How Ovarian Cancer Maintenance Therapies Stack Up On Costs And Value 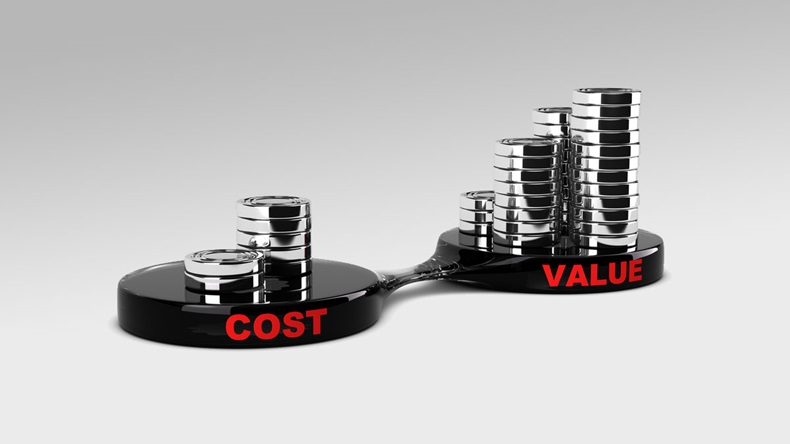 Once a poster child for high-cost cancer drugs, Roche's VEGF inhibitor Avastin  is now being heralded as more cost effective as an add-on maintenance treatment in advanced ovarian cancer than PARP inhibitors, and has potential for continuous use, according to new studies presented at the American Society of Clinical Oncology (ASCO) meeting in June.

A range of therapies are used for platinum-sensitive and platinum-recurrent disease and the trend has been toward adding therapies as a maintenance treatment in those who are still sensitive.

The Lay Of The Treatment Land

The US FDA approved Avastin (bevacizumab) on June 13 for Stage III or IV advanced ovarian cancer after initial surgical resection. In this setting it is used with chemo (carboplatin and paclitaxel) for six cycles and then as a single agent for a fixed period of up to 22 cycles. It already was included in the US National Comprehensive Cancer Network guidelines for this use and has been approved in Europe for first-line ovarian cancer since 2011.

Avastin was first approved in 2014 for platinum-resistant recurrent ovarian cancer and in 2016 for platinum-sensitive recurrent cancer as a maintenance treatment until progression. The drug has orphan drug exclusivity in the US through the fourth quarter of 2021 for platinum-resistant disease and the fourth quarter of 2023 for platinum-sensitive disease. The FDA granted Amgen Inc.'s biosimilar Mvasi (bevacizumab-awwb) approval for six other indications in September 2017, but patent litigation is ongoing. (Also see "Avastin Biosimilar Battle: Amgen, Genentech File Dueling Suits" - Pink Sheet, 10 Oct, 2017.)

Three PARP inhibitors also are approved for maintenance use in platinum-sensitive, recurrent ovarian cancer, with dosing until progression –AstraZeneca PLC/Merck & Co. Inc.'s Lynparza (olaparib),Tesaro Inc.'s Zejula (niraparib) and Clovis Oncology Inc.'s Rubraca (rucaparib). (Also see "Lynparza Poised For Growth With Broad Ovarian Cancer Approval" - Scrip, 17 Aug, 2017.) Only 10% to 15% of ovarian cancer patients have germline BRCA mutations and respond better to treatment with PARP inhibitors, but the class is approved for all comers in this line of therapy.

But edging further into Avastin's territory, AstraZeneca and Merck reported positive top-line results on June 27 for Lynparza in the Phase III SOLO-1 study, which tested the drug as a first-line maintenance monotherapy after platinum-based chemotherapy (see sidebar). The companies will be discussing the data with regulators.

Avastin: More Bang For The Buck?

Studies presented at ASCO, held June 1-5 in Chicago, supported the use of Avastin as a maintenance treatment in ovarian cancer.

One study by Juliet Wolford of the University of California, Irvine (UCI) and colleagues compared costs for regimens used in the maintenance setting of ovarian cancer sensitive to platinum-based chemotherapy and found Avastin was more cost-effective than PARP inhibitors.

"It's important to recognize that while clinical benefit will always be relevant, by contrast drug costs are fluid," lead author Wolford, gynecologic oncology fellow at UCI, said in presenting the results.

The cost-effectiveness study was independently funded and Wolford had no financial relationships with biopharma companies, but her coauthors disclosed advisory and speaking relationships with multiple drug sponsors, including Roche/Genentech, AstraZeneca, Merck, Clovis and Tesaro.

Wolford's team evaluated costs, value and toxicity for Avastin, paclitaxel and the PARP inhibitors. PARP inhibitors are generally well tolerated, but there is a rare risk of myelodysplastic syndrome that is expensive to treat and adds to overall costs.

Merck's PD-1 inhibitorKeytruda (pembrolizumab) also was evaluated – though this drug is not approved for this indication, it was tested in a very heavily pretreated ovarian cancer cohort of the Phase Ib KEYNOTE-028 study.

The resulting estimates did not include billed or indirect costs (see table).

The PARP inhibitors were associated with long PFS, particularly in patients with germline BRCA mutations, but this came at a very high cost, Wolford reported.

For example, Zejula was given for 21 months to those with mutations for a total cost of $515,211 and 9.3 months at the cost of $316,488 for those without mutations.However, this price is based on dosing from labeling, whereas in the real world, the dose and price are lower. Keytruda was associated with low cost and low PFS, primarily because the drug was used in a heavily pre-treated population, so it wasn't given for long and didn't work very well.

Wolford said in an interview after the meeting that PARP inhibitors are very effective, but very costly. That doesn't mean they won't be prescribed – doctors will look at what patients are responding to – but it does point to the need for biomarkers, she toldScrip.

"Then we will get therapies for patients who actually will benefit and we won't be wasting money and toxicity on patients who won't benefit," Wolford said.

The third-party comparative effectiveness research organization Institute for Clinical and Economic Review (ICER) questioned the cost-effectiveness of PARP inhibitors as a class in a report published in September, while noting that the benefits in maintenance therapy are greater for those with germline BRCA (gBRCA) mutations. (Also see "Ovarian Cancer Drugs Will Get ICER Review As Olaparib's Maintenance Indication Looms" - Pink Sheet, 23 Feb, 2017.) For example, with Zejula, discounts of 57%-90% off the list price would be required to achieve cost-effectiveness thresholds in the gBRCA population, and there is no price that would achieve these thresholds in women without the mutations, ICER found.

Datamonitor Healthcare analyst Astrid Kurniawan noted in a March 2018 report on reimbursement policies in ovarian cancer that drugs for this indication traditionally have been subject to low restrictions, as most patients usually start and remain on inexpensive platinum-based therapies. Beginning with the launch of Avastin and the PARP inhibitor Lynparza, there was an uptick in spending for ovarian cancer and some US payers will be seeking to enact access control measures, the report noted. However, most payers will wait for the market to mature before they deploy any contracts for preferred products, she said.

"In the meantime, US payers report an ongoing challenging environment for enacting restrictions, as there is an obligation to reimburse drugs according to the FDA label, as well as for off-label uses that are associated with strong guideline recommendations," Kurniawan said.

Payers also say that similar pricing among the PARP inhibitors disincentivizes payers from placing one particular drug in a preferred contract, the analyst noted.

Meanwhile, novel combinations that include two or more branded drugs are in development, including regimens that include PD-1/L1 inhibitors, such as Keytruda.

"When considering economic toxicity, the current trend to study novel combinations is problematic," Wolford stated during her ASCO presentation.

Discussing the cost-effectiveness study at the meeting, Charlie Gourley, chair of medical oncology at the University of Edinburgh, said "this sort of analysis is crucial, because maintenance combinations of two or even three expensive drugs seem to be on the horizon."

Analysts see the next big wave in ovarian cancer treatment after PARP inhibitors as combination regimens that include PD-1/L1 inhibitors.

Clovis is tied up with Bristol-Myers Squibb Co. in a deal to test its Rubraca with Bristol's Opdivo (nivolumab) in ovarian cancer, triple-negative breast cancer and metastatic castration-resistant prostate cancer. (Also see "The PARP Combo Race Is On: Clovis And Bristol Partner On Rubraca" - Scrip, 31 Jul, 2017.) The Phase III ATHENA study is starting soon, testing the combination in first-line ovarian cancer after response with platinum-based chemo.

Speaking generally about addressing cost concerns related to maintenance treatment in ovarian cancer, Wolford suggested that in addition to greater use of biomarkers, it may be possible to use lower doses where it can be shown that efficacy won't be compromised and that the development of generics and biosimilars could make the use of novel drugs more economical.

Study Suggests Longer Use Of Avastin

Avastin actually is positioned now for a larger, longer role in first-line advanced ovarian cancer, based on results from a Phase III European Cooperative Group study presented at the meeting – which would increase the cost of therapy.

The study, MITO-16B/MaNGO OV2B/ENGOT OV17, examined whether patients who get Avastin with chemotherapy as a first-line treatment for advanced ovarian cancer could benefit from having Avastin again if they relapsed and were still platinum-sensitive.

PFS was significantly better for those who were retreated with Avastin and chemo versus chemo alone (11.8 versus 8.8 months, a 49% reduction in risk of progression), and there was no unexpected toxicity, Sandro Pignata, president of the Multicenter Italian Trial in Ovarian Cancer (MITO) group, said at the ASCO meeting.

Discussing the results, Gourley suggested that the finding that patients still benefit from adding Avastin are "practice-changing," and that it's possible the drug should be given in the first-line setting through progression, though this would increase the expense.

Resistance to anti-angiogenic therapy is different from resistance to other kinds of treatment, like chemotherapy, he explained, and it may make sense to continue with Avastin.

Traditionally, treatments are switched once cancer progresses, based on the assumption that the disease is treatment-resistant and will not benefit from further therapy with the same drugs, but Roche has been amassing research for a long time to demonstrate the value of keeping patients on Avastin in various indications. (Also see "ASCO Data Support Roche’s Grand Plan For Non-Stop Avastin Treatment" - Pink Sheet, 11 Jun, 2012.) and (Also see "Roche's Long View: ASCO Marks Progress In Shifting To Lengthier Treatment Duration For Avastin, Rituxan" - Pink Sheet, 14 Jun, 2010.)

A third study presented in the same ASCO session retrospectively evaluated visceral fat density as a biomarker, using the GOG-0218 trial that supported Avastin's first-line ovarian cancer approval in the US. Those with high visceral fat density as assessed on CT imaging studies benefited the most from treatment in terms of overall survival, reported Oklahoma University gynecologist Meghan Buechel.

Gourley commented that there has been a long list of biomarkers that have been tried for predicting anti-angiogenic response; some looked good at the first pass, but were difficult to validate. It's possible visceral fat density may predict efficacy and may "well be a suitable biomarker," for anti-angiogenic agents, though further validation is needed, he said.