AstraZeneca started the greatest number of clinical studies in 2016, finds Trialtrove's latest review, but a new kid on the block, the Chinese company Jiangsu Hengrui Medicine, is nipping at the heels of big pharma in the lists of busiest trial starters. 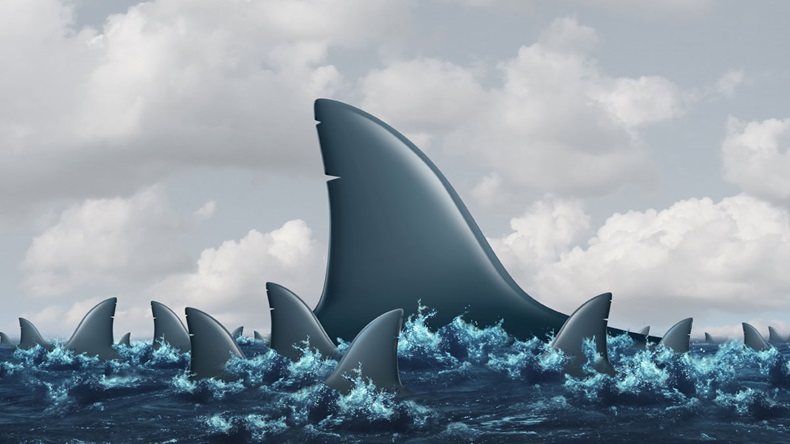 The 20 most active clinical trial sponsors and collaborators were responsible for nearly a quarter of all Phase I-III new clinical trial starts in 2016, new research from Trialtrove reveals.

Overall, more than 6,000 clinical trials investigating at least one drug were begun last year, with just over half testing an unapproved primary drug, and cancer dominating the landscape, the review, 2016 Clinical Trials Roundup: The Next Generation, found (see sidebar).

Further analysis of the data shows that big players like AstraZeneca PLC headed the list with Merck & Co. Inc. and Johnson & Johnson in second and third spots (see chart below). But a company new to the list edged into the top 20 – Jiangsu Hengrui Medicine Co. Ltd., the largest ethical pharmaceutical company in China. "Jiangsu Hengrui, which gained approval of apatinib in late-stage gastric cancer in 2014, initiated the same volume of Phase I to III research in 2016 as Bayer and Daiichi Sankyo," the report said.

Phase I trial starts dominated for 12 of the top 20 companies, including J&J, which started the largest volume of early-stage research.

Four companies' efforts were focused mainly on Phase II, led by Merck & Co, while three made most of their new study efforts at the Phase III stage – AbbVie Inc., Sanofi, and Novo Nordisk AS. The majority of AbbVie's Phase III starts involved unapproved drugs, while Sanofi and Novo Nordisk started a larger number of studies with approved rather than investigational drugs.

Overall, however, most new study activity in 2016 was focused on unapproved drugs – Daiichi Sankyo Co. Ltd.devoted fully 92% of its new trials in 2016 to unapproved drugs. Merck & Co and Bristol-Myers Squibb Co. topped the list of those companies that prioritized approved drug research – this was due in part to the ongoing research of the major immuno-oncology agents, Keytruda (pembrolizumab) and Opdivo (nivolumab). Sanofi also had a large concentration of activity with approved drugs across a variety of indications including type 2 diabetes, multiple vaccines, and dyslipidemia. Roche, Novartis AG and Pfizer Inc., meanwhile, balanced their new studies between unapproved and approved drug trials.

The chart below compares the 2016 R&D spend of each company with the total number of trials started in 2016 and the number of currently ongoing trials. "This analysis merely intends to provide an approximation of investment usage, since R&D spend does fund activities outside of clinical research, and we acknowledge that other factors beyond the amount of trial activity affect the price of R&D," the report says.

REFLECTS R&D SPEND IN THE CALENDAR YEAR OR 2016. CURRENCY CONVERSIONS, WHEN APPLIED, ARE BASED ON THE AVERAGE EXCHANGE RATE FOR 2016

It shows that Merck & Co spends by far the most with a whopping $10.1bn invested into 2016 R&D – a 51% increase from the prior year. According to Merck & Co, numerous factors contributed to the scaled-up investments, including increases in clinical development spending. This is reflected in the volume of new trials and ongoing activity, as Merck & Co is one of the most active sponsors in the peer set.

Companies with the next highest R&D spends, Novartis ($9.0bn) and Roche ($8.7bn), initiated fewer trials than Merck in 2016, but support a much larger volume of ongoing research. In fact, Roche and Novartis are the leading companies for ongoing Phase I to III activity, supporting 544 and 533 trials respectively.

Among the smaller stars in this constellation, Jiangsu Hengrui’s investments had a similar level of activity to Daiichi Sankyo, but at a lower level of spend.

AstraZeneca supports, in addition to starting, a large number of clinical trials at a much smaller R&D spend than some of its counterparts (453 ongoing trials; $5.9bn). With a comparable budget, the number of trials that Sanofi initiated and currently supports are 33% and 39% of AstraZeneca’s respective totals.

Overall, the US remained the most frequent location for new clinical trial starts, with China following.

The top 10 countries for newly initiated trials in 2016, see table, primarily span the US, Japan, and most major EU markets (France, Germany, Spain, and the UK), as well as a few emerging markets.

Italy just missed the top 10 by a few trials, coming in 12th place.

"Outside the typical universe, some unique choices are top locations for specific TAs. Eastern Europe rarely makes the top 10 locations by trial count for most therapy areas, but Poland and Hungary are top locations exclusive to autoimmune/inflammation and ophthalmology, respectively.

The full 2016 Clinical Trials Roundup: The Next Generation white paper is available from Trialtrove.