How The Prostate Cancer Market Will Change Over Next Decade 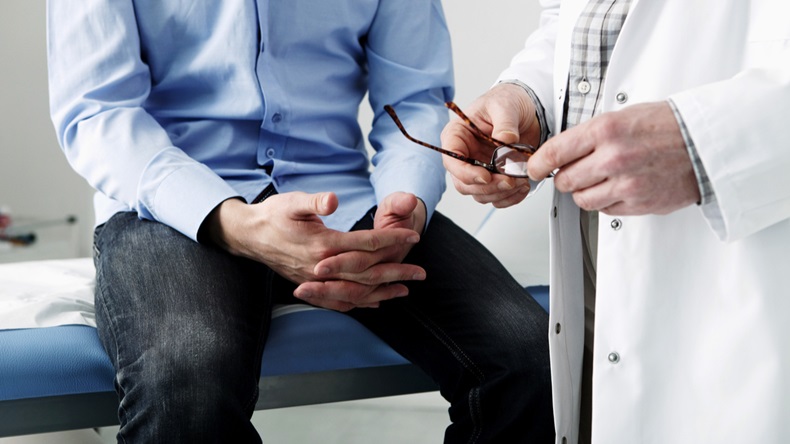 Now that Johnson & Johnson's blockbuster Zytiga (abiraterone acetate) is to be hit by generic competition later this year in the US, analysts at Datamonitor Healthcare have been looking at the next drivers of the prostate cancer market.

Earlier this month, the US Patent and Trademark Office's Patent Trial and Appeal Board (PTAB) invalidated the composition and method of use patent on Zytiga, which is indicated in combination with prednisone for metastatic castration-resistant prostate cancer (mCRPC) and had sales of $2.5bn in 2017. Zytiga has patent protection up to the third quarter of 2021 in Europe and thirdquarter 2022 in Japan, but in the key US market, the PTAB's ruling could mean that generics could be launched at-risk as early as October once they obtain FDA approval; at least 12 firms have pending Abbreviated New Drug Applications (ANDAs). (Also see "PTAB Clears Path For Earlier Generic Zytiga Launch" - Scrip, 18 Jan, 2018.)

Datamonitor Healthcare noted that the threat to Zytiga should ensure that Astellas Pharma Inc. and Pfizer Inc.'s Xtandi (enzalutamide) remains the most valuable brand in the mCRPC space from now until 2026. In order to maintain Xtandi's dominant position, Pfizer is seeking to expand its use into non-mCRPC, an indication J&J is looking to exploit which would put it in competition with its investigational apalutamide, which was granted priority review designation by the FDA in December. The latter is an androgen receptor (AR) inhibitor with a similar structure to Xtandi.

Datamonitor Healthcare stated that apalutamide was likely to become the first targeted therapy specifically indicated for use in the non-mCRPC population. The filing was based on data from the Phase III SPARTAN trial in which treatment with apalutamide led to improvements in metastasis-free survival in chemotherapy-naïve non-mCRPC patients with rapidly rising prostate-specific antigen levels despite receiving continuous androgen deprivation therapy (ADT). (Also see "J&J Hopes To Reach Market First For Pre-Metastatic Prostate Cancer With Apalutamide" - Scrip, 11 Oct, 2017.)

As for Xtandi, the analysts noted that several late-phase trials are investigating the drug in patients "who are earlier in the treatment paradigm". Xtandi treatment improved metastasis-free survival in non-mCRPC patients in a preliminary analysis of the PROSPER study, while the ARCHES trial is testing the drug in metastatic hormone-sensitive prostate cancer (mHSPC) patients. EMBARK is investigating Xtandi in high-risk non-metastatic recurrent/progressive patients and it is also being investigated in combination with Bayer AG's Xofigo (radium-223) in the PEACE III trial for asymptomatic or mildly symptomatic chemotherapy-naïve patients with bone-predominant mCRPC. (Also see "Pfizer Poised To PROSPER From Xtandi In Expanded Indication" - Scrip, 14 Sep, 2017.)

Getting several label expansions into earlier settings in the treatment pathway, Datamonitor Healthcare forecast that Xtandi revenues will be just over $2.6bn in 2017. They are expected to increase by a further $1.1bn to $3.7bn in 2026.

New Mechanisms
Further down the line, the analysts noted that the future treatment paradigm for mCRPC patients "may become increasingly segmented due to several new mechanisms of action in late-phase development." They highlighted the potential of the PARP inhibitors Lynparza (olaparib; AstraZeneca PLC/Merck & Co. Inc.) and Rubraca (rucaparib; Clovis Oncology Inc.), as well as Roche's PD-L1 inhibitor Tecentriq (atezolizumab), as well as the tyrosine kinase inhibitor masitinib being developed by AB Science and another offering from Roche – the Akt inhibitor ipatasertib.

Datamonitor Healthcare's Zachary McLellan said that the prostate cancer market would expand over 2017–26, increasing in value by over 30%. Sales of key drugs totaled approximately $8.6bn across the US, Japan, and the five major EU markets (France, Germany, Italy, Spain, and the UK) in 2017 and during the forecast period, the market will expand at a compound annual growth rate of 3.0%, with revenues expected to reach a peak of $11.2bn in 2026.

The majority of this growth will be driven by Xtandi and Zytiga, plus apalutamide and Bayer's investigational AR inhibitor darolutamide, as well as the aforementioned PARPs, the PD-L1 and the Akt inhibitor. Generics will account for 27% of key product sales by 2026, driven by copies of Takeda Pharmaceutical Co. Ltd. and AbbVie Inc.'s Lupron (leuprolide), which will drive revenues with peak sales of $1.7bn in 2026 across all forecasted markets.

As well as Zytiga generics, versions of Zoladex (goserelin; AstraZeneca), Firmagon (degarelix; Ferring Pharmaceuticals AS/Astellas) and Jevtana (cabazitaxel; Sanofi) are also expected to launch over 2017–26, but revenues from these drugs will be less significant, Datamonitor Healthcare forecast.

An Xtandi/Zytiga combo is being investigated in chemotherapy-naïve mCRPC patients in a Phase III study sponsored by the National Cancer Institute and the Alliance for Clinical Trials in Oncology. However, high cost, potentially additive toxicity and standard prescribing patterns could limit this combinatorial approach, Datamonitor Healthcare concluded.


Note: Totals may not sum owing to rounding