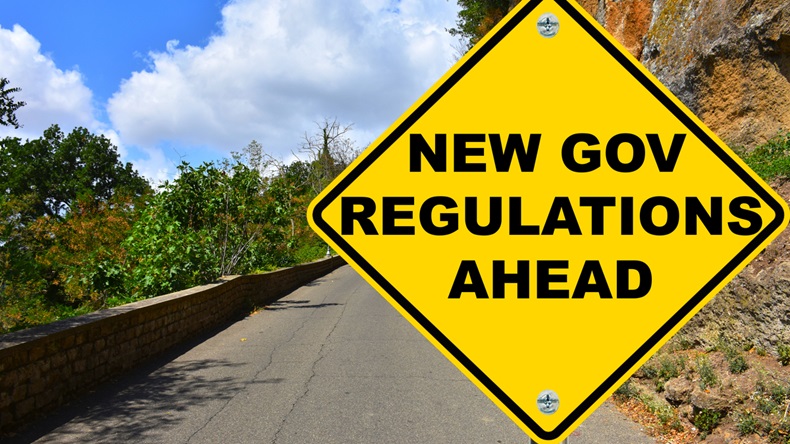 The UK government has published draft regulations that would allow the Medicines and Healthcare products Regulatory Agency to function as a standalone regulator and take on roles currently conducted by the European Medicines Agency if the country were to leave the EU without a Brexit deal in place.

The regulations would introduce “a large number of changes to make sure that the MHRA can operate in a No Deal EU Exit and to provide continuity for businesses and the public,” the government says. It notes that in the event of a no-deal Brexit, the UK would immediately cease to be part of the EU licensing system, “and all medicines coming to the UK will be required to use a UK national route.”

The MHRA would therefore have to assume responsibility for asses sing all new marketing authorization (MA) applications, including those for biological and biosimilar medicines, and advanced therapies such as gene, tissue and cell therapies. It would also have to carry out all the post-authorization activities attached to those MAs, such as variations, renewals, suspensions, and post-approval safety studies – with all the additional resource requirements that would entail.

The “Human Medicines (Amendment etc.) (EU Exit) Regulations 2019,” which run to 187 pages, have now been laid before parliament. They cover the entire range of pre- and post-approval regulatory activities that are currently carried out at EU level and would fall to the MHRA on March 30 if the UK left without a deal. In many cases they formalize changes that have already been outlined in a series of guidance documents.  (Also see "New UK Drug Assessment Routes Among Latest Measures For No-Deal Brexit" - Pink Sheet, 4 Jan, 2019.)

The regulations, which would amend the UK Human Medicines Regulations 2012 and the Fee Regulations 2016, also address the conversion of existing centrally authorized products (CAPs) into new UK MAs, and would give pharmacists wider powers of substitution where products were in short supply as a result of a no-deal Brexit, via “serious shortage protocols.”  (Also see " Pharmacists To Get New Substitution Powers To Tackle Brexit Shortage Risk " - Pink Sheet, 21 Jan, 2019.) Changes in the clinical trials arena are dealt with in a separate set of regulations published at the same time.

On the marketing authorization front, the government notes that a new targeted assessment route would be introduced for novel medicines and biosimilars that currently go through the EU’s centralized system and the MHRA would aim to assess these products in the same timeframe as at present. (Also see "Higher Costs, Higher Fees, Higher Drug Prices: The UK No-Deal Brexit Bonus " - Pink Sheet, 4 Oct, 2018.)

Where a company had applied to the EMA for an MA, and the European Commission had not yet taken a final decision on the application, the company could apply to the MHRA for an MA by submitting a copy of the EU MAA and, on request, any other relevant information. Where the EMA's drug evaluation committee (the CHMP) had issued a positive opinion on a product “and the United Kingdom concurred with that opinion,” the MHRA would have to grant a UK MA “as soon as reasonably practicable” after the application was received.

According to the government, the generics industry had expressed concern over whether the targeted assessment route could be made available for generic drug applications. The MHRA will review this and “work with industry to shorten the timings of UK national licensing of generics,” it says in an explanatory memorandum.

As for existing CAPs, these could be converted into UK MAs with a UK MA number on exit day, unless the MAH indicated that it did not wish to do so. A converted (or “grandfathered”) MA would have the same terms as the EU MA and would be “treated as it if had been authorized by the MHRA on the date the EU approval was granted.”   (Also see "UK Seeks Smooth 'Grandfathering' Of EU Centrally Approved Drugs In Event Of No-Deal Brexit" - Pink Sheet, 23 Jan, 2019.) The converted MA would benefit from any remaining data or marketing exclusivity periods, while a CAP with a conditional MA would retain the CMA after conversion.

There would be transitional arrangements to “address the fact that the MHRA does not currently hold the dossier containing the full scientific and technical data that support the approval of the CAPs.” Marketing authorization holders (MAHs) would have to supply the MHRA with a full set of data (including that submitted to the EMA at the time of approval and in support of any post-authorization changes) within one year of exit day. However, MAHs could supply a subset of the data in advance to enable the MHRA to consider an application to amend the terms of the approval in the meantime.

A key issue for companies and regulators has been the location of the MAH and the QPPV after Brexit. At present, the MAH must be established in the EU or the EEA to hold an EU MA, and is legally accountable for compliance with the obligations on MAHs. Similarly, the QPPV must also be present in the EU or the EEA and must be accessible at all times to allow a regulator access to safety information on a medicine.

Under a no-deal scenario, the UK would have “far less control over an MAH or QPPV based in the EU or EEA” because it would not have a guaranteed relationship with any of the EU/EEA regulators, the government says. The regulations aim to ensure that a UK based MAH and a UK based QPPV would be in place for all medicines with a UK MA.

Under a transitional provision, UK MAHs and QPPVs would need to be in place by 21 months after exit day “to allow business time to comply. This is especially the case for the QPPV, which is a specialist role,” the government observes.

Another area of concern is batch testing when the UK becomes a “third country” outside the EU. The government says that after Brexit the current checking mechanism for imports from a third country (including from the EU) would require all importers of medicines into the UK to hold an import authorization. “These importers would also have to QP certify all batches of medicines entering the UK. However, industry feedback has indicated that this is a significant undertaking for them. There may also be an insufficient number of UK QPs to undertake the necessary volume of work,” it says.

“Given the robustness of the collective EU system the UK can be confident in any QP certification undertaken in the EU/EEA,” so a new mechanism will be introduced for checking imports from the EU/EEA, following feedback from industry.

A new “authorized activity” would be introduced into UK law as part of the existing wholesale dealer’s licence to allow the importation of medicines from countries on a list that on exit day would comprise all EU/EEA countries.

The regulations would also introduce a new role of “Responsible Person – Import” (RP-I) allowing wholesale dealers to import medicines from the EU/EEA into the UK provided they had been QP certified in the EU/EEA. The licence holder would have to have an assurance system to confirm such certification: “It will be required that this system is overseen by the RP-I. Industry will have 2 years from EU Exit day in order to comply.”

The MHRA’s fee structure would have to be amended to reflect the costs of the regulatory changes being made – i.e., industry will be expected to pay more. For example, the fee for a new targeted assessment procedure would be £62,421 ($82,107) for a major application for a new active substance where the EMA’s drug evaluation committee, the CHMP, had given a positive opinion. The proposed fees were set out last year. (Also see "Higher Costs, Higher Fees, Higher Drug Prices: The UK No-Deal Brexit Bonus " - Pink Sheet, 4 Oct, 2018.)

Other key topics addressed in the regulations, including pediatric and orphan medicines, pharmacovigilance, parallel trade, generic drug approvals, and clinical trials, will be covered in future Pink Sheet articles.