How To Get Orphan Drug Status In Great Britain From 2021 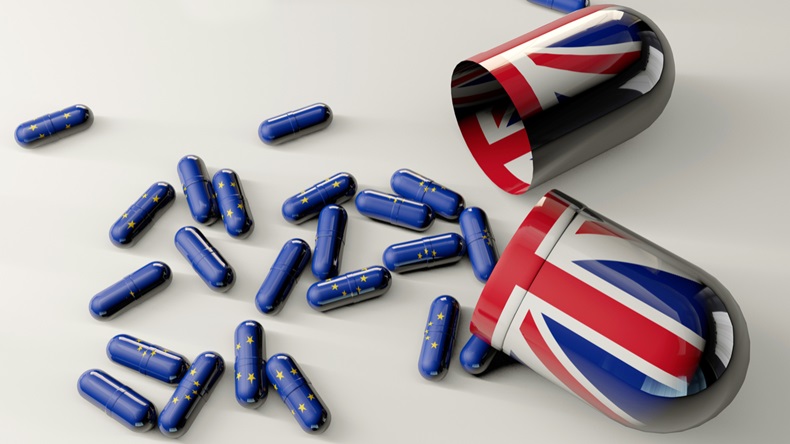 Incentives for orphan drug development will be provided in the form of market exclusivity and “full or partial refunds for marketing authorization fees,” and waivers from scientific advice fees will also be available for UK-based small and medium-sized companies.

The guidance, published by the UK Medicines and Healthcare products Regulatory Agency (MHRA) on 1 October and taking effect on 1 January, is needed because from next year the MHRA will take over responsibility for products currently governed by EU regulations. It is an update of the original document issued by the MHRA in 2019 in advance of a possible “no-deal Brexit,” but it will apply only to Great Britain (England, Scotland and Wales).

This is because under the Northern Ireland Protocol, which is part of the Brexit Withdrawal Agreement, EU rules on orphan designation (and other EU medicines regulations) will continue to apply in Northern Ireland after the end of the transition period on 31 December.

Most of the GB guidance is modeled on current EU rules, although it diverges in some respects, notably in the timing of the submission for orphan drug designation, which in the EU can be done at any time during the development process but in any case before the MAA is filed.

To qualify for orphan designation, a medicine will have to meet a number of criteria:

Sponsors seeking a designation – which will not attract any additional fee – must use a new “Great Britain Orphan Drug Designation Application Form” with their MAA in Module 1.2 of the electronic Common Technical Document, “specifically indicating in the cover letter their intention to seek an orphan designation.”

Applications will be examined by the MHRA’s Commission on Human Medicines (CHM) in parallel with the assessment of the MAA, and the decision on orphan status will be made at the same time as the marketing authorization decision. “Any questions concerning the fulfilment of the orphan designation criteria will be raised with the company during the evaluation of the MAA.”

The MHRA also provides for an appeals procedure before the CHM if the agency decides that the orphan designation criteria are not met – the applicant should inform the MHRA of its intention to appeal “as soon as possible.”

The 10-year market exclusivity incentive that comes with a successful GB orphan designation is in line with that offered by the EU legislation, but with one difference: the guidance states that the GB exclusivity will be “up to 10 years.” This is because the exclusivity period will begin from the date of first approval of the product “in GB or EU/EEA.” This would mean that if the EU marketing authorization (MA) for the product were granted before the GB one, the exclusivity period for the latter would be reduced accordingly.

The government does not explain why it has done this, but a similar provision was included in draft no-deal contingency legislation published in 2019, linking both data and market exclusivity to the first marketing authorization in either the UK or the EU. An impact assessment accompanying the legislation said the provision would "encourage companies to submit applications for innovative products as soon as possible."

The UK Bioindustry Association said at the time that linking the start of exclusivity periods to the EU "does not make sense." It said it had been told by its member companies that the provision would not have the intended outcome but would instead send "a strong negative signal to global boardrooms about the UK as a location for investment." (Also see "UK Industry Skeptical Of Govt’s No-Deal Brexit Filing Expectations" - Pink Sheet, 18 Feb, 2019.)

In line with EU regulations, the GB exclusivity period can be extended by two years if the results of studies conducted according to a pediatric investigation plan (PIP) are included in the product information.

Where a company applies for new or extended therapeutic indications for an orphan drug, the orphan criteria will be assessed in parallel with the evaluation of the new indication. A fresh exclusivity period will be awarded only if the indication falls within the definition of a new orphan condition.

All products that go on to obtain an orphan MA will be listed on the new “GB Orphan Register”.

As for "grandfathered" products, the guidance says that market exclusivity periods for orphans that were authorized under the EU's centralized system and whose MAs are converted to UK marketing authorizations as of 1 January 2021 “will continue to apply.”

The EU is considering whether to update its legislation on orphan drugs after a report published this summer said that the available tools had not done enough to direct orphan development to areas of greatest medical need and suggested that the exclusivity period might need to be shortened because in some rare disease areas the market had started to “look more similar to ‘standard’ medicines.” (Also see "Long-Awaited EU Review Questions 10-Year Orphan Exclusivity" - Pink Sheet, 12 Aug, 2020.)