How Should Opioid Settlement Dollars Be Spent? It’s Complicated 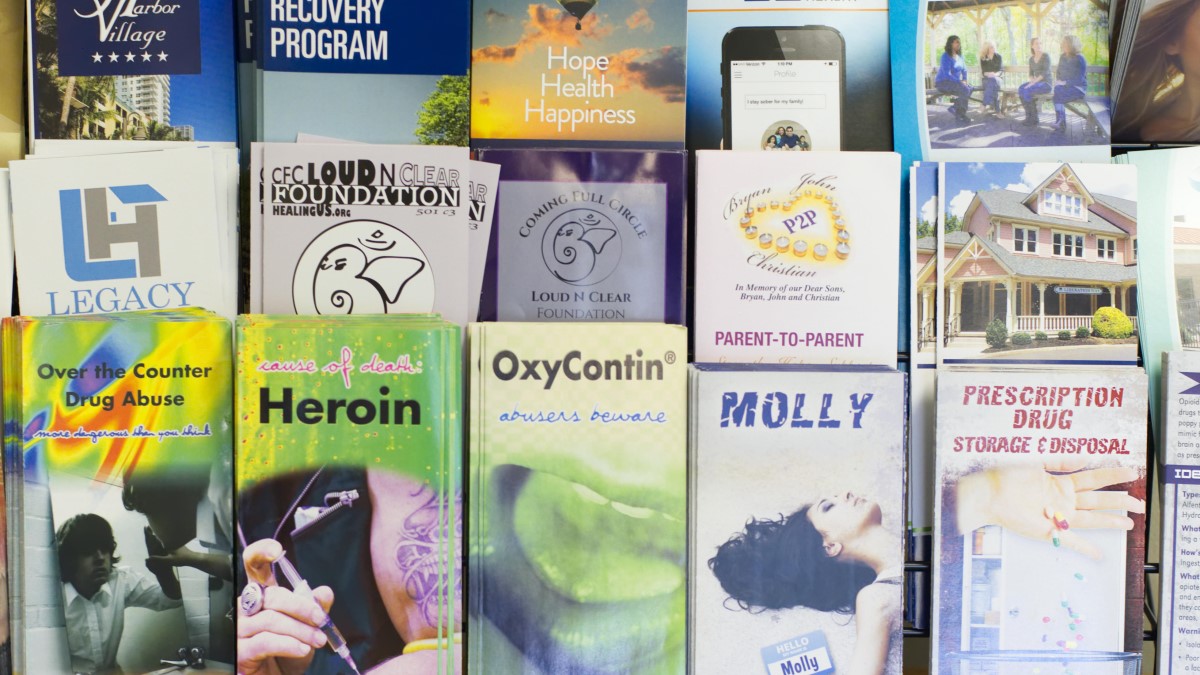 As the pot of opioid settlement funds continues to grow in the US – most recently via a proposed $26bn settlement with Johnson & Johnson and drug distributors McKesson, AmerisourceBergen and Cardinal Health – mental health and addiction treatment specialists have expressed concern about how the money will be allocated. They have also questioned whether state and county officials have the capacity to direct spending toward the most effective and impactful addiction treatments and services.

Treating addiction, and preventing it in the first place, each require sophisticated resource allocation to be effective. States and counties, some with advisory boards, some without, will soon face the task of picking and choosing which drugs, which treatment programs, which facilities, which educational and outreach programs, and which populations, receive settlement dollars intended to “address the opioid crisis.”

In California, the state government has prioritized eliminating health care fraud, a laudable and necessary objective, said Nicholas Matthews, CEO and co-founder of Stillwater Behavioral Health, a substance addiction and mental health disorder treatment facility. In practice, however, it governs with blunt tools, putting patient care on the backburner. “Instead of putting together a taskforce to attack the people that are operating [treatment facilities] incorrectly, and to pull their licenses, they have released a series of bills that make it more difficult for all of us to operate on any given day,” said Matthews.

In some cases, stand-alone physician practices and treatment clinics are 'exploiting maintenance doses of narcotic medications, for the sake of client retention.'

Matthews favors total abstinence as the gold standard of successful treatment, and while drugs like buprenorphine combined with naloxone, or buprenorphine by itself are useful and can be lifesaving, they can also be abused. In some cases, stand-alone physician practices and treatment clinics are “exploiting maintenance doses of narcotic medications, for the sake of client retention,” said Matthews. By way of example, Matthews described a 19-year-old individual who takes hydrocodone or oxycodone on the weekends and drinks a lot of alcohol. “In some instances, these treatment centers are giving that individual a never-ending maintenance dose of a really powerful narcotic, in the name of harm reduction. And there’s nobody there to really hold them accountable for that,” he said.

With the California Department of Health Care Services “severely understaffed,” Matthews said addiction treatment centers, and the community at large, is left without a seat at the table. Another problem is reimbursement rates for treating addiction, particularly among poor communities. Reimbursement rates for treatment programs in Medi-Cal, California’s Medicaid plan for low-income individuals, “never seem to change … it is usually about $300 to $400 a day, and when you have a staff that needs to survive in Southern California, there is no feasible way to design a really effective program that is comparable to a private treatment center,” Matthews highlighted.

Even getting a new treatment facility licensed is “remarkably difficult,” said Matthews. “The barrier for entry could be more than a year of red tape and paperwork just to get a contract to be able to accept [Medi-Cal] patients. Unless you have half a million dollars of burn money, even if you are a nonprofit, there is no way you're going to get a grant before you can operate, to just sit there and float a property while you attempt to license it.” Stillwater Behavioral Health is a private treatment center; Matthews said he considered establishing a county-funded program, given the massive need, but found it “simply not feasible.”

Resources do exist, and more are coming with the opioid settlements. But the governing bodies in charge of allocating those resources are not functioning correctly, said Matthews. At the federal level, the Biden administration has proposed a budget of $9.7bn for the Substance Abuse and Mental Health Services Administration (SAMHSA) in fiscal year 2022, a $3.7bn increase from FY 2021. And more opioid settlement dollars are expected this fall and winter.

Even so, over 93,000 deaths were attributed to overdose and substance abuse in 2020, according to the CDC, an all-time high. “This is so concerning to me because we have [US] presidents identifying this as an epidemic, and we have a tremendous amount of government grants and resources available. And the numbers are still climbing,” said Matthews. “That shows me that whatever we’re doing is not working. If we don’t have the hard conversations about what we are going to do with these funds and resources, the numbers will continue to increase.”

The Dorm, a treatment center focused on young adults located in New York City and Washington DC, combines clinical programs in mental health and substance use with skill building (such as communication and social skills), academic and vocational support.

The idea, said Amanda Fialk, chief of clinical services at The Dorm, is to “recognize that the use of a substance is a symptom, not the problem … We embrace a very comprehensive and holistic approach to addiction,” which can include medication as well as multiple kinds of individual and group therapy, such as dialectical behavioral therapy and cognitive behavioral therapy. Meditation, yoga, acupuncture, reiki, in addition to art therapy and other forms of creative expression, are also on offer.

Given the variability of what individual insurance plans will cover, and the fact that private, comprehensive treatment facilities are cost prohibitive for most, Fialk favors using opioid settlement money for treating people who would not otherwise be able to afford it. “Give the money back to the people you’ve negatively impacted through the policies at your company,” said Fialk.

Settlement dollars should also be used to open more nonprofit, comprehensive treatment facilities, since there are more people that need help than there are facilities available to give help, notes Fialk. “There are bars and Starbucks on every block, but it’s not necessarily easy to find a community addiction treatment center, especially in communities that have been hit the hardest by the opioid crisis.”

Addiction is a “cunning, baffling and powerful disease,” one that “tells you that you don’t have a disease,” Fialk said. That is why access to local treatment facilities is so important. “Anything that makes it harder to access treatment is going to feed the disease,” she said. Having to drive an hour and a half to visit a clinic could mean “the disease is saying, ‘It’s too far away, you don’t really need to go, you can skip one day,’” versus a five-minute trip, where there’s less time for the voice to speak. The placement of facilities must be strategic and focused on the epicenters of where the crises are occurring.

Fialk worries about red tape and bureaucracy in the allocation of opioid settlement funds. “I want to make sure that the people that are making the decisions [about settlement allocations] are the people that are working directly in the field.” After the money is split up, and allocated over time, the dollar amounts may not be as large as they sound, given the enormity of the problem.

'A huge amount of validation would come from just a good old-fashioned acceptance of responsibility.'

Both Fialk at The Dorm and Matthews at Stillwater expressed anger at the fact that pharmaceutical companies, as part of their settlement agreements, have not sufficiently owned up to their role in contributing to the opioid crisis. An open apology would go a long way, they said, in destigmatizing opioid addiction, making it easier to seek help.

Efforts to educate communities on how to break down stigmas, and to recognize that opioid addiction is not an issue of willpower, could go a long way, believes Matthews. “I think a huge amount of validation would come from just a good old-fashioned acceptance of responsibility. Pharma should say, ‘We’re sorry, we pushed [opioids] and destroyed your community, and now we want you to know that it is okay to hold us accountable. Blame us, you don’t have to hide.’”

Fialk said pharma companies that are now entering into opioid settlements need to own up to the fact that “it was targeted, it was purposeful, and they made a lot of money getting people addicted to opioids.” She noted the “brilliant minds” working at pharmaceutical companies and wondered what could be achieved if they focused marketing efforts on destigmatizing addiction and empowering people to get treatment. The fact that pharmaceutical companies had not admitted they were in the wrong, per settlement terms, had made a lot of people very upset, she said. “They need to say ‘Sorry.’”