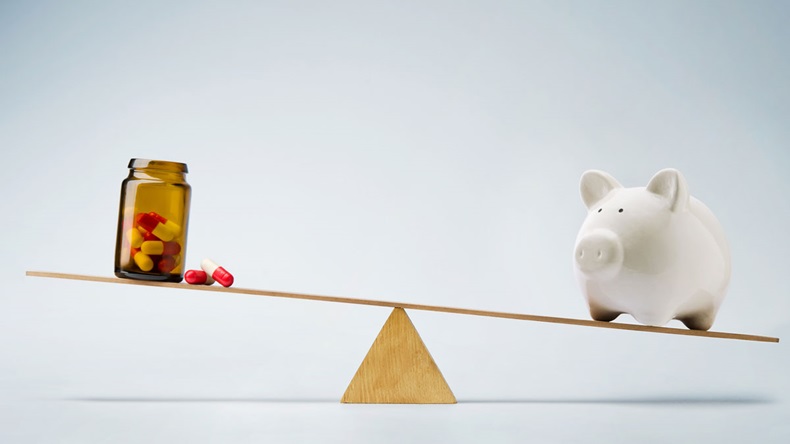 PRICE WILL BE A KEY FACTOR IN THE BIOSIMILAR ADALIMUMAB MARKET

Companies wanting a share of the lucrative adalimumab market in England following the expiry of patent protection on AbbVie Inc.’s Humira will need to offer a "competitive price". They have just a few days in which to do so.

Biosimilar versions of adalimumab are expected to be made available under the National Health Service in England starting on Dec. 1 this year. An invitation to tender for adalimumab supply to the NHS was launched on Sept. 19, and companies, including AbbVie, have until Oct. 22 to submit their bids. NHS England says that no supplier will be awarded the whole market, and that the highest shares will go to products with the most “competitive prices.”

Competition will be keen, and NHS trusts and clinical commissioning groups are being warned not to accept discounted interim offers from suppliers seeking to get a foot in the door as quickly as possible.

Although prices for biosimilar versions of adalimumab have not yet been confirmed, NHS England estimates their use should help save it “at least £150m” a year, depending on the prices that are agreed for the products. In 2017/18 the NHS spent around $400m on Humira, “the highest spend on any medicine used in our hospitals.”

NHS England mentions four biosimilars that have been authorized in the EU and may soon be competing to take market share from Humira: Imraldi  from
Samsung Bioepis Co. Ltd., Hyrimoz  from Sandoz International GMBH, Amgevita  from Amgen Inc., and Hulio  from Mylan NV/Fujifilm Kyowa Kirin Biologics Co. Ltd.. It also points out that “ongoing use of Humira may also continue where clinically appropriate and where it is best value.”

Biogen and Samsung Bioepis (a joint venture between Biogen and Samsung Biologics) said they would begin launching Imraldi in major European markets from Oct. 17. Ian Henshaw, global head of biosimilars at Biogen, told Pink Sheet: "You've got four or five competitors entering the market at pretty much the same time. This is the first time this has happened [entry of infliximab and etanercept biosimilar products has been gradual]. So we're going to see a lot of competition."

NHS England also notes that “at least two” further biosimilars are expected to become available in the UK during 2019. It names them as Boehringer Ingelheim GMBH ’sCyltezo and Fresenius Kabi AG’s MSB11022. Cyltezo already has an EU marketing authorization, while MSB11022 was filed with the EMA in December 2017. However, Boehringer Ingelheim told Pink Sheet that it does not plan to launch Cyltezo in the EU and will concentrate on US launch plans. It said that this was because it hadn't reached a settlement agreement with AbbVie in Europe, although it said it was in talks. The makers of the other authorized products have settled with AbbVie already. Any additional biosimilars would be included in an NHS re-tender next year.

The tender strategy for adalimumab is “a first step towards development of a sustainable market” for adalimumab with the aim of achieving “the best possible value for the NHS while also maintaining plurality of supply,” NHS England says.

The biosimilars will initially be introduced under a framework supply agreement lasting 12 months from Dec. 1, 2018 to Nov. 30, 2019, with options to extend for up to two more years.

Tenders for the biosimilars will be awarded as four lots, “based on the assumption that there will be four biosimilar products and four bids by 1 December.” If only three offers are received, “then three lots will be awarded as three distinct lots and so on. The size and shape of each lot will depend on the offers received and the relative prices.” Humira will be a separate line in the tender.

Under the tender strategy, “no supplier of adalimumab will be awarded the whole market but will have a strong incentive to offer their best price at the point of tender,” according to an October 2018 document produced by the four English Regional Medicines Optimisation Committees (RMOCs). RMOCs make recommendations, provide resources and coordinate activities to ensure the “optimal use of medicine” in the NHS.

“If all tendered prices are similar, the shares awarded will on an equitable basis,” the document says. “If there are price differentials, awarded shares will be higher for the most competitively priced suppliers, but all suppliers will get access to at least some of the market upon receipt of a compliant bid to avoid dominance.”

“Patient groups and clinicians told us that the availability of a citrate-free biosimilar was important to them as citrate can sometimes be associated with discomfort on injection,” NHS England said.  “The procurement strategy ensures that each hospital group has access to a citrate-free formulation for situations where this is required.” Imraldi and Hyrimoz both contain citrate; the other three do not.

As part of the tender award process, companies will be told which supply regions they have been awarded, a process that is expected to be completed by Nov. 1. “After a mandatory 10-day standstill period, the details of the awards will be shared with the wider NHS (around 11 November).”

NHS England has warned trusts and clinical commissioning groups that they “may be directly approached by suppliers of adalimumab and offered interim prices which offer significant initial discounts". It says that CCGs and trusts "are advised to do nothing at this stage and to not sign up to any proposal, or make any firm commitments (regardless of how large the discount is) until the planned tender model is confirmed as we expect improved prices as part of that process.”

NHS England has also produced a “Toolkit for implementing best-value adalimumab” to help organizations to implement a biosimilar switching program, which it says will also apply to other biologics with biosimilar versions.

The toolkit shows NHS trusts how to agree the switching process, review which patients are eligible for a switch and the relative timescales for both newly diagnosed and existing patients, and decide whether switching will happen at the same time for all indications or just specific ones.

“Successful approaches have been demonstrated where the hospital department(s) have been supported to reinvest some of the savings into additional clinical capacity to address the needs of patients,” it notes. However, it adds that some clinicians “may be reluctant to use a biosimilar and consideration should be given how to address their concerns and how best to respond to patient concerns and objections.”

Where the HTA body NICE has already recommended the originator biological medicine, the same guidance will normally apply to the biosimilar, “so biosimilars do not require a separate or additional technology appraisal,” the toolkit says. “The choice of whether a patient receives a biosimilar or originator biological medicine should be made after using shared decision making principles between the responsible clinician and the patient.”

NHS England said it has been working closely with the national groups that represent the majority of patients who are being treated with adalimumab, including the National Rheumatoid Arthritis Society, the National Ankylosing Spondylitis Society, the Psoriasis Association, and Crohn’s & Colitis UK.

The four groups issued a joint statement in which they welcomed the introduction of biosimilar adalimumab, but said it was “vital that patients are fully informed about all the treatment options available to them and commissioners and health professionals adopt the principles of shared decision-making.”

They also said they would like to see “an appropriate share of savings” being ploughed back into rheumatology departments to “improve service and patient care.”

While NHS England has said that more patients are getting access to high-quality, effective care due to the uptake of existing biosimilars, this is “not the case in rheumatoid arthritis,” where NICE eligibility criteria for accessing biologics/biosimilars have “remained the same for the last 17 years” and are “now out of date by comparison to access to such medicines across many other European countries,” they declared.