Immuno Oncology: What To Watch At ASCO 2018 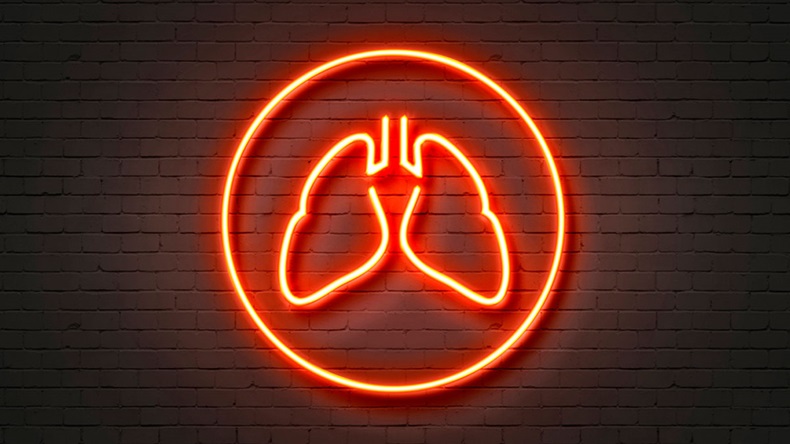 For some years now, immunotherapy has dominated the American Society of Clinical Oncology (ASCO) annual meeting and this year is no exception as it will be a defining week for PD-1/L1 inhibitors and chimeric antigen receptor T-cell therapies.

Drawing from a meeting preview report by Pharma Intelligence’s Biomedtracker and Datamonitor Healthcare analysts following the abstract drop on May 16, we highlight the studies below as important to watch at the meeting, which will be held June 1-5 in Chicago.

It’s already been a big year for the PD-1/L1 inhibitors in non-small cell lung cancer (NSCLC) following the combination data released at the American Association for Cancer Research (AACR) meeting in April – but ASCO 2018 will also be pivotal for the class of checkpoint inhibitors in their most valuable indication.

Late-breaker presentations include detailed results for Merck & Co. Inc. Merck'sKeytruda (pembrolizumab) as a monotherapy vs. chemotherapy in the positive KEYNOTE-042 study (#LBA4) in first-line treatment of PD-L1-positive, non-squamous NSCLC, data that could allow expansion of labeling to patients with lower levels of PD-L1 expression. (Also see "Merck's Keytruda Set For Expanded Use As Lung Cancer Monotherapy " - Scrip, 10 Apr, 2018.)

Another notable late-breaker (#LBA9000) examines Roche's PD-L1 inhibitorTecentriq(atezolizumab) with chemotherapy in the IMpower131 study of first-line squamous NSCLC.  (Also see "Roche Gains With Tecentriq IMpower131 NSCLC Data, But For How Long? " - Scrip, 20 Mar, 2018.) "Although the squamous population only represents approximately 30% of NSCLC patients, positive results from IMpower131 will be critical in helping Tecentriq compete with other PD-1/PD-L1 inhibitors in NSCLC," the Pharma Intelligence analysts noted.

Roche will also present the Phase III IMpower150 study (#9002), which may give Tecentriq an edge in first-line non-squamous NSCLC over Merck's Keytruda combination, currently the only checkpoint inhibitor approved for this indication. (Also see "Roche's IMpower150 Gets AACR Applause But Merck's KEYNOTE-189 Big Winner " - Scrip, 17 Apr, 2018.)

The ASCO abstract reports an overall survival (OS) advantage for Tecentriq in combination with Roche’s VEGF inhibitorAvastin (bevacizumab) for all subgroups, including people with EGFR and ALK mutations, liver metastases and varying levels of PD-L1 expression. The combination is now under review at the US FDA.

"This first release of numerical OS results and subgroup analysis for IMpower150 bodes very well for Tecentriq towards becoming the second PD-1/PD-L1 inhibitor approved for the first-line treatment of NSCLC (after Keytruda). In addition to the OS data likely supporting regulatory approval of the combination, the subgroup analysis revealed that the greatest benefit was seen in EGFR/ALK mutation-positive patients. If approved, this surprising finding differentiates the Tecentriq combination from Keytruda, whose use is not supported in the first-line treatment of EGFR/ALK mutant NSCLC patients," Pharma Intelligence's report states.

Merck will be presenting data for Keytruda in the KEYNOTE-407 study in first-line squamous NSCLC, but new data on progression-free survival (PFS) and overall survival (OS) were not reported in the abstract. The company has filed for approval early based on objective response rate (ORR) data.  (Also see "Merck Files Keytruda/Chemo Combo Early With FDA In 1L Squamous Lung Cancer" - Pink Sheet, 3 May, 2018.) According to the abstract, the ORR was 58.4% for Keytruda combined with chemo vs. 35% for chemo alone.

Bristol-Myers Squibb Co.'s combination of its PD-1 inhibitorOpdivo (nivolumab) with its CTLA-4 inhibitorYervoy (ipilimumab) will be featured with new results from the CheckMate 227 study of first-line NSCLC, including non-squamous and squamous types (#9001). The company had released data at AACR in April for patients with high tumor-mutation burden. (Also see "In The Hot Seat: Bristol Defends IO Position Amid Sliding Stock And Forecasts" - Scrip, 18 Apr, 2018.) Bristol's latest dataset show better progression-free survival (PFS) in patients with less than 1% PD-L1 expression.

The data look promising and differentiate the regimen from Keytruda, which is not approved for non-PD-L1 expressing NSCLC, Pharma Intelligence analysts noted.

Regeneron Pharmaceuticals Inc. is updating data on its PD-1 late-comer cemiplimab; it is hoping to carve out a niche in cutaneous squamous cell carcinoma, an indication not carried by any of the anti-PD-1/L1s. SC123032 Leerink analyst Geoffrey Porges noted that in the updated Phase I trial (#9557), “the responses have deepened (no CR in previous reports) and have become more durable, and we believe cemiplimab is well on track to receive an expedited approval in this previously overlooked indication and carve out at least an initial niche in the competitive PD-1/PDL1 field.” Regeneron will also present data from the NSCLC cohort from its Phase I basket trial (#e21057).

IDO inhibitors were the toast of the town at past ASCO meetings, hailed for their potential for use in combination with PD-1/L1 inhibitors, but companies are backing away following the failure of Merck/Incyte Corp.'s Keytruda/epacadostat combination in the Phase III ECHO-201/KEYNOTE-252 study in first-line metastatic melanoma in April. (Also see "Incyte/Merck's ECHO-301 Failure Casts More Shadow On IDO Space" - Scrip, 6 Apr, 2018.)

Data from the study will be presented at ASCO (#108), but the abstract does not indicate differences in subgroups or other data that would help shed light on why the trial failed. Investors will be interested in seeing whether any additional data are presented at the meeting that will help understand the spectacular flameout of the class. (Also see "NewLink CEO Reflects On Golden Age And Rapid Fall Of IDO" - Scrip, 15 May, 2018.)

Meanwhile, ASCO will be fertile hunting ground for those on the prowl for new mechanisms that may be used more successfully with PD-1/L1 inhibitors.

Dynavax Technologies Corp. will be presenting data from a Phase I/II study of its toll-like receptor 9 (TLR9) agonist SD-101 in combination with Merck's Keytruda in patients with advanced melanoma who are naïve to PD-1 inhibitors (#9513).

Data for 25 patients as of February suggest an objective response rate (ORR) of 60%, and the complete response (CR) rate was 12%, with acceptable tolerability, including no increase in the rate of immune-related adverse events, according to the abstract. Including five patients who dropped out, the ORR for SD-101/Keytruda is 50% and the CR is 10%.

Pharma Intelligence analysts described the results as encouraging. The responses in the per-protocol population compare well to historical data for Bristol's Opdivo/Yervoy combination (59% ORR and 22% CR) but without the high rate of Grade 3/4 toxicity, they said. The results also compare well to PD-1 monotherapy, they noted.

Nektar Therapeutics Nektar Therapeutics is reporting updated data for its NKTR-214, a pegylated formulation of the cytokine interleukin-2, in the Phase I/II PIVOT study of advanced solid tumors at the ASCO meeting. The PIVOT study tests the drug in combination with partner Bristol's PD-1 inhibitor Opdivo in a range of tumors, including melanoma and non-small cell lung cancer. Previously released data for 38 patients had set the immuno-oncology world on fire – the response rate was in the mid-60s for first-line metastatic melanoma and 60% in renal cell carcinoma, for example. (Also see "Nektar's NKTR-214 IO Deal With Bristol Looks Even Sweeter With More Data" - Scrip, 2 Mar, 2018.)

Pharma Intelligence concluded that overall the updated data reported in the ASCO abstract are positive for NKTR-214: "While response rates detailed in this abstract are slightly lower than those previously presented, small drops in response rates are to be expected as the patient cohort for each tumor type grows larger. Furthermore, these response rates still compare favorably to those observed for Opdivo monotherapy as well as Opdivo plus Yervoy.”

The rate of Grade 3+ adverse events was low at 11%, which may provide an advantage over Bristol's Opdivo/Yervoy combination, the analysts added.

Jounce Therapeutics Inc. delivered one of the most notable disappointments out of the ASCO abstract lineup, revealing disappointing early efficacy data for JTX-2011, a first-in-class ICOS antibody partnered with Celgene. The monoclonal antibody binds to and activates the InducibleT cell Co-Stimulator (ICOS), a protein on the surface of T-cells, to stimulate an immune response. Jounce's stock opened May 17 32% lower at $12.15, after the company revealed underwhelming efficacy data from the ICONIC study (#3000), including in combination with Bristol’s PD-1 inhibitorOpdivo and as monotherapy.

The data ruffled the feathers of some Celgene investors as well, since the big biotech paid $261m up front for an option to co-develop JTX-2011 and up to four early-stage programs associated with certain B cell, T regulatory cell and tumor-associated macrophage targets from Jounce's translational platform in 2016. SC096928

New data on CAR-T therapies including Celgene Corp.'s JCAR017 and bluebird bio Inc.'s bb2121, also partnered with Celgene, will be presented at ASCO, potentially providing more insight on the durability of the treatments and the serious side effects. Bb2121 is a second-generation CAR-T cell therapy targeting B-cell maturation antigen (BCMA) to redirect T-cells to recognize and kill malignant myeloma cells. Bluebird and Celgene reported positive data from a first-in-human study in 21 relapsed/refractory multiple myeloma patients at ASH, but will report updated safety and efficacy results in 43 patients at ASCO (#8007), as well as data from a dose-expansion arm including treatment with daratumumab.  (Also see "Celgene's CAR-T Leadership Goals Advance At ASH 2017" - Scrip, 12 Dec, 2017.)

Another study that could be interesting to watch is an independent third-party trial comparing the activity and safety of Novartis AG s'Kymriah and Gilead Sciences Inc.'s Yescarta, which appears to give  Kymriah some advantages (#3041). The two drugs use different co-stimulatory signaling domains, 4-1BB for Kymriah and CD28 Yescarta