In NASH, Gilead Swung For The Fences And Struck Out Again 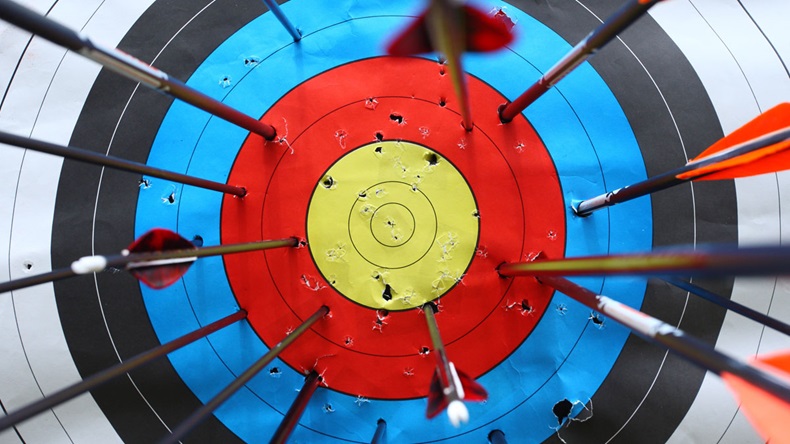 The non-alcoholic steatohepatitis (NASH) drug-development race poses many variables, including which endpoint to pursue in pivotal studies.Gilead Sciences Inc. confirmed how challenging this can be by choosing to demonstrate a fibrosis benefit in very sick patients with its candidate selonsertib, which failed by this measure in a Phase III clinical trial.

What this means for the company's future chances in NASH and for other firms in the space remains unclear, but optimism for other approaches may have waned based on data from selonsertib in STELLAR-4 – the first Phase III study with results in NASH patients. The news certainly didn't help Gilead either, which has seen investor confidence falter as the company took several R&D risks outside of its antiviral franchises in HIV and hepatitis C in recent years without generating a lot of wins.

The company revealed Feb. 11 that its apoptosis-signaling kinase 1 (ASK1) inhibitor selonsertib failed to meet the primary endpoint in the Phase III STELLAR-4 study in patients with F4 fibrosis scores and cirrhosis due to NASH. ( (Also see "Gilead Hit With Another NASH Setback As Selonsertib Fails In First Phase III" - Scrip, 11 Feb, 2019.)) Other companies in late- and mid-stage development with NASH candidates typically are pursuing endpoints addressing the metabolic effects of this multi-factorial disease, but Gilead took on a tougher challenge.

Mizuho Securities analyst Salim Syed said in a Feb. 11 note that Gilead’s failure to show a one-stage or better improvement in fibrosis scores after 48 weeks in enough patients to meet statistical significance was not surprising, in part because selonsertib’s Phase II data readouts gave little indication that the drug could achieve such a clinical benefit. Syed noted that Selonsertib was tested in less-sick patients in Phase II and advanced to Phase III on the strength of a fibrosis benefit seen in individuals with F2 or F3 fibrosis scores at 12 weeks in a 62-patient study. ( (Also see "New Data Cast Doubt On Gilead's Phase III NASH Candidate Selonsertib" - Scrip, 20 Apr, 2018.))

Expectations for the ongoing STELLAR-3 study, seeking to show an antifibrotic benefit in patients with F3 fibrosis scores, should also be low, the analyst pointed out, noting that Gilead Chief Scientific Officer John McHutchison told the company’s third quarter 2018 earnings call last November that selonsertib should not show different activity between the two study populations.

“I think if the drug is going to work, it should work in both populations similarly,” the exec said. STELLAR-3 is slated to report out initial data during the second quarter of 2019.

Jefferies analyst Michael Yee said in a Feb. 11 note that he does not expect selonsertib to succeed in STELLAR-3 either, given the magnitude of efficacy and p-values seen in the STELLAR-4 data.

During the second half of 2019, Gilead plans to report data from the Phase IIb ATLAS study investigating monotherapy efficacy as well as combinations of its three clinical candidates for NASH – selonsertib, FXR agonist cilofexor (GS-9674) and ACC inhibitor firsocostat (GS-0976) – again with a fibrosis-reduction endpoint. Yee said his low expectations for selonsertib now extend to any combo regimens that include the ASK1 inhibitor, as well.

Biomedtracker lowered its estimated likelihood of approval for selonsertib in NASH to 47% (13 points below average for a Phase III NASH candidate), saying the trial failure was not too surprising given the failure to show efficacy in Phase II.

“Since the endpoint required improvement in fibrosis, it could be that the [STELLAR-4] patients were too advanced to show much improvement,” Biomedtracker’s analysis states. “Still, while it is possible selonsertib could have better efficacy in the less severe F3 patients being studied in STELLAR-3, that is speculative at this point, particularly since there was not even really much of a signal of efficacy in the current study.”

Post-Hoc Analysis May Have Made Gilead Too Optimistic

Both Biomedtracker and SVB Leerink analyst Geoffrey Porges noted that earlier trial results with selonsertib were confounded because Gilead studied the molecule in comparison to its since-shelved simtuzumab, then later categorized simtuzumab patients as a control arm in a prospective analysis of Phase II data that looked at the performance of selonsertib monotherapy as well as combination regimens.

When Gilead finally gave up on simtuzumab, a lysyl oxidase-like-2 (LOXL2) inhibitor, it had failed to show an antifibrotic benefit in NASH, idiopathic pulmonary fibrosis (IPF) and primary sclerosing cholangitis. ( (Also see "Another Simtuzumab Failure For Gilead" - Scrip, 6 Jan, 2016.))

Porges said in a Feb. 11 note that the risks of reading too much into post-hoc analyses of data should be one of the takeaways from STELLAR-4 – for both Gilead and the field working in NASH – along with the difficult pathology of fibrosis. He also cautioned against the temptation to undertake expensive trials on the basis of flimsy evidence when a company is cash-rich, as Gilead is, or when capital is freely available.

“Gilead (to their credit) tried tackling a very tough endpoint in fibrosis reversal, which has not been accomplished pharmacologically, or by any other means, before,” he wrote. “This endpoint posed a very high hurdle, and one that was considerably higher than typical clinical trials that simply duplicate earlier statistically significant Phase II results.”

Noting that most other companies in the NASH space are not trying to show an antifibrotic benefit, Porges said that fibrosis is a “dynamic” process that usually does not resolve spontaneously and has not shown much response to available therapies over multiple fibrotic indications in other organs, such as IPF in the lungs.

“All of these diseases have been resistant to many attempts to achieve such outcomes, and the challenges to its achievement in the liver are equally large,” the analyst said. “Selonsertib is yet another failed attempt at this lofty goal.”

Gilead also tripped itself up by moving into Phase III on the basis of post-hoc analysis of “marginal” data from Phase I/II studies, he asserted. Initially, those studies failed to demonstrate convincing activity by selonsertib, but upon by cutting the data “differently” Gilead found signs of an effect and then moved ahead, possibly setting itself up to fail.

“In the second Phase II trial, the biomarker signals demonstrated by selonsertib were discouraging, and the drug actually appeared to worsen some important biomarkers of disease, but by then the Phase IIIs were underway,” Porges pointed out.

This latest clinical setback is just one in a series of underwhelming R&D efforts by Gilead took during the 2014-2016 period, when cashflows were rising due to the company’s multi-blockbuster revenues in hepatitis C. Analysts and investors alike will look to incoming CEO Daniel O’Day to set perhaps new R&D direction for the company after he begins at Gilead in March.

Along with simtuzumab, the other clinical development setbacks for Gilead from that period include momelotinib, halted after disappointing Phase III results in myelofibrosis; eleclazine, which failed in several cardiovascular indications; the Toll-like receptor 7 agonist GS-9620, which is stalled in development for HIV and hepatitis B; and GS-5745, an antibody targeting MMP9 that failed a Phase II/III study in ulcerative colitis.

Gilead out-licensed momelotinib to Sierra Oncology Inc. in August for a small upfront payment of $3m; the biotech plans to focus on developing the JAK1/2 inhibitor to treat anemia in myelofibrosis patients with or at risk for thrombocytopenia. ( (Also see "Sierra Believes It Can Do Better Than Gilead With JAK Inhibitor Momelotinib" - Scrip, 23 Aug, 2018.))

On the positive side, both Porges and Mizuho’s Syed noted that STELLAR-4 may at least provide needed safety data for a regulatory filing if selonsertib succeeds in STELLAR-3. Gilead indicated during its fourth quarter/full-year 2018 earnings call on Feb. 7 that it would confer with regulators about a possible filing if selonsertib succeeded in one pivotal study, but not both.

Gilead did not release specific safety data from STELLAR-4, but said the drug was well tolerated and that no new safety signals were seen in the study. “Gilead confirmed that from a safety database perspective, it would still have what’s required (1,500 patients combined from the two studies),” Syed wrote.

Still, if Gilead hopes to file for approval based on efficacy findings from a single Phase III trial, this places significant pressure on STELLAR-3 to not only to succeed, but to do really well, he said.

Gilead’s share price continued its small decline during the trading day Feb. 12, closing down 3.3% to $65.40.Intercept Pharmaceuticals Inc. closed down 5.4% to $111.05 per share, perhaps indicating that Gilead’s setback has increased doubts about the Phase III NASH class overall.Genfit SA was down 2.4% to $20.01 per share, whileAllergan PLC – whose more diversified business makes stock price fluctuations harder to assess – rose 3% to $138.85.