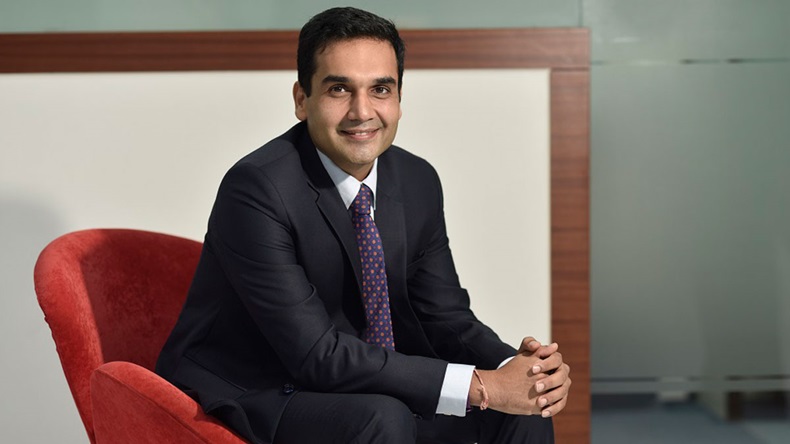 Recent reform and policy tweaks are expected to compress growth in the Indian pharmaceutical market over the next five years, with 2017 and 2018 seen absorbing a significant part of the impact of these changes.

IQVIA, the Quintiles-IMS Health combine, has scaled down its 2017-2021 prognosis for the Indian pharmaceutical market against the backdrop of “recent events and policy updates” in the country, including the roll out of the Goods and Service Tax (GST) and a push towards prescriptions in generic names.

Amit Mookim, general manager (South Asia), IQVIA said that while the Indian pharmaceutical market had been clocking double-digit growth figures for the past three MAT (moving annual total) periods of 2014, 2015 and 2016, multiple developments since 2017 had resulted in “subdued” annual growth.

“The implementation of GST in July 2017 caused a significant level of disruption in the market. Distributors and pharmacies cut stocks ahead of its implementation, which slowed the growth in the first half of 2017,” Mookim told Scrip.

Dubbed as the biggest tax reform since India’s independence, GST eliminates the multiplicity of taxes and their cascading effect in the country.

IQVIA’s downward revision in growth rates till 2021 factors in the slowdown in the overall market largely due to the slow retail growth due to GST and the decline in the growth of the hospitals sector.

Mookim explained that while the impact of the GST disruption is expected to be short-term, with a recovery anticipated from 2018 onwards, the overall volume baseline projection has become “more conservative” as a result. “Price growth projections have also been adjusted downwards based on trends in the first half of 2017.”

Negative volume growth in India’s hospitals sector in the first half of 2017 has also resulted in a sharp downwards adjustment of the volume baseline projection for the year, although a recovery is expected from 2018.

The projected slowdown in the Indian market comes amid ongoing pricing pressure in the US that has dented earnings of several frontline Indian firms. On Jan. 25, the investment information and credit rating agency ICRA said that domestic players could face 10-12% pricing pressure on the US generic business which may sustain for the next 12 months, negatively impacting profitability and cash flows before tapering off gradually.

Generic Name Prescriptions
Mookim, who outlined some of the market trends at the recent annual day celebrations of the Indian Drug Manufacturer’s Association (IDMA) in Mumbai, also indicated that India’s push towards generic name prescriptions could act as a dampener.

He referred to the “increasing pressure” on doctors to prescribe by generic name, especially in the public sector.

“This is a recent industry development and an important one. While the implementation is in progress, we believe it would have a negative impact on the overall market,” Mookim maintained.

2017 saw significant debate around the government’s plans to consider a potential legal frame mandating physicians in India to prescribe medicines by their generic names only. (Also see "India Premier Pushes For Generic Prescriptions But Hurdles Loom" - Pink Sheet, 4 May, 2017.) Pharmaceutical firms have been wary of the initiative and believe that a generics-only prescriptions regime will shift the decision-making balance from the physician to the chemist.

However, instances of firms marketing multiple brands of the same product at varying price levels have skewed the debate against industry.

Mixed Signals
There are, however, mixed signals on whether the government will go all the way in mandating generics-only prescriptions. IDMA national president, Deepnath Roy Chowdhury, at the annual event on Jan. 20, referred to a series of interactions with the government over the issue and declared that the government is “not considering” the proposal to make it mandatory for doctors to prescribe “pure generic drugs instead of branded generic drugs”.

The government’s generics thrust is also backed by its Pradhan Mantri Bhartiya Jan Aushadhi Kendra (PMBJK) that provides cut-price unbranded generic drugs. Prime Minister Narendra Modi recently noted that medicines available at these Jan Aushadhi centers are 50% to 90% cheaper than branded drugs available in the market. He also underscored that the generic drugs sold under this scheme strictly conform to prescribed standards set by the World Health Organization.

“Over 3,000 Jan Aushadhi Kendras have been set up across the country. This has led to not only availability of cheaper medicines, but also new employment opportunities for individual entrepreneurs,” Modi said in his “Mann Ki Baat” (which broadly means “the mind’s voice” in Hindi) address on All India Radio on January 28.

While MoUs have been signed with various state government and other organizations/NGOs to promote the opening of PMBJKs across the country, there has been interest from private individuals too to run and operate such stores - these are subject to their satisfying certain criteria. Government data suggests that 36,564 applications had been received as of Nov. 2, 2017 from private individuals, out of which “in-principle” approval had been given in all the cases.

Outlook Stays Positive
But despite the tapering of growth, the general positive trend in the Indian pharmaceutical market is expected to sustain.

Mookim highlighted five key trends that are expected to shape the Indian pharma market going forward including: a shift in the disease profile towards non-communicable diseases; a step up in new launches in the market by innovator firms; partnerships between innovator and Indian firms becoming common; and rising “health consumerism” with the increased role of technology.

The changing profile of India’s disease burden and the consequent higher economic burden is expected to prompt the government to spend more on healthcare infrastructure and expand healthcare delivery. Price caps and the generic push, though, could impact the industry’s growth adversely in the near term.

IQVIA, however, believes that India outlook remains “positive” for global and Indian pharma, as the country seeks to expand access to medicines; multinational companies are increasingly launching patented drugs on the Indian market, suggesting a rising importance in the overall strategy, it said.