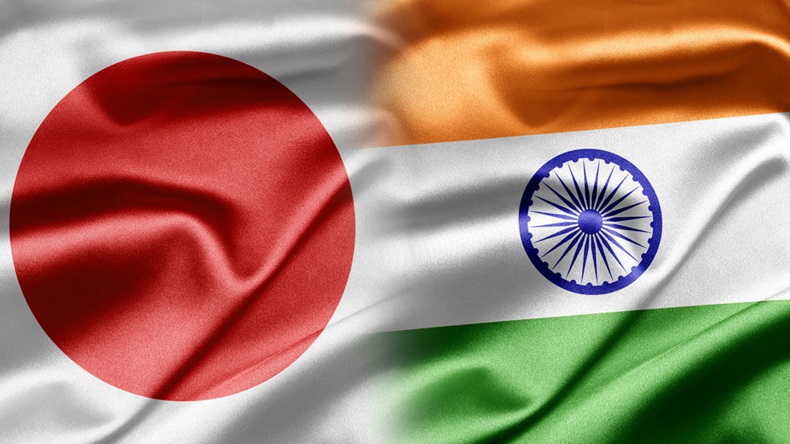 The Supreme Court of India has given fallen business tycoons Malvinder Singh and Shivinder Singh two weeks to come up with a plan to pay a $500m arbitration award to Japanese drug company Daiichi Sankyo Co. Ltd., saying failure to make the payment would reflect badly on national honor.

"Come back with a plan [to pay the money],” India’s Chief Justice Ranjan Gogoi told the Singhs, who were poster boys for India’s healthcare industry before their business empire collapsed under a mountain of debt and allegations of financial foul play.

“It’s not about individual honor but it [non-payment] doesn't look good for the country's honor. You were the flag-bearers of the pharmacare industry,” Gogoi said to the brothers, who at different points in time owned the country’s leading generic drug-maker ran Ranbaxy Laboratories Ltd., founded by their grandfather, and the country’s second-largest hospital chain, along with a major financial house.

Gogoi made the comments March 14 as he heard arguments by Daiichi, which is seeking enforcement of the $500m arbitration payment awarded by a Singapore tribunal in 2016. The international arbitration panel made the award to the Japanese company over its ill-fated $4.6bn purchase of Ranbaxy from the brothers in 2008.

Daiichi says the brothers, who in December lost an important appeal in Singapore’s high court against the award, are in contempt of an Indian court order to pay the money.

The brothers used to be extremely close, to the point of wearing matching turbans and suits, but had a spectacular falling-out as their financial and legal troubles spiraled. Three months ago, Malvinder, who’s in his mid-40s, accused Shivinder (two years younger) of attacking him, in a video he posted on the internet in which he displayed bruises he claimed were inflicted by his brother. “He hurt me…kept threatening me,” Malvinder said in the video.

That allegation was strongly denied by Shivinder, who said he’d acted in self-defense after Malvinder pinned him to the wall and was “choking” him. Then last months, events took an even more dramatic turn with Malvinder filing a police complaint saying he’d been receiving death threats. (Also see "All Downhill: Ranbaxy Singh Brothers Trade Charges, Blows" - Scrip, 7 Dec, 2018.)

Brothers Must Talk To Advisers To Come Up With Plan

The chief justice said the Singhs must meet their financial and legal advisers to figure out how to pay Daiichi and present that plan to the court by March 28. The court had earlier upheld the Singapore award, finding the brothers fraudulently concealed the “nature and severity” of US regulatory problems facing Ranbaxy when they sold it to Daiichi.

To this, the chief justice responded: "If you have a debt to pay, your renouncing the world wouldn't matter…start thinking about money."

Hanging on the payment of the Daiichi arbitration award is a major acquisition deal involving Fortis Healthcare, the hospital chain built by the brothers that became a casualty of their alleged misdeeds. (The Singhs have denied all accusations of financial wrongdoing). Fortis was facing bankruptcy when Malaysia’s IHH Healthcare agreed last year to pay INR40bn ($580m) for a 31.1% controlling stake in the company.

India’s Supreme Court put that transaction on hold at the request of Daiichi, which is reported to have said Fortis was the only “viable asset” among the brothers’ erstwhile interests, and that its sale would leave the company with little chance of obtaining money from the brothers.

Meanwhile Fortis, which is no longer controlled by the brothers, asked India’s market regulator Sebi late last month to seek the arrest of the Singhs for failing to repay $57m they allegedly siphoned from the hospital chain. As an interim step to sort out the mess, Sebi on March 14 asked two financial group firms founded by the brothers, Religare Finvest and Religare Enterprises, to recall loans they made to the brothers.

Sebi said a preliminary investigation indicated the two group firms fraudulently diverted funds from Fortis to benefit the brothers. It appointed a forensic auditor to carry out  a ”detailed investigation” into the companies’ affairs and told him to report his findings May 10.

In 2008 after the Ranbaxy sale - then the biggest-ever foreign takeover of an Indian company - the brothers were lionized as emblematic of the country’s new breed of energetic entrepreneurs. They took the $2.4bn they reaped from the sale and expanded Fortis into an international hospital chain, and built their financial firm Religare into an investment powerhouse.

But as their fortunes unraveled, creditors seized the family mansion, shareholdings in the Singhs’ companies and other assets.

A central figure in the brothers’ dizzying downfall has been the family guru Dhillon, whom the brothers had described as serving as a “father figure” following the death of their own father when they were in their 20s. According to Indian media reports, the brothers loaned the family headed by the guru, reportedly a cousin of their mother, big sums that went into real estate purchases.

But as debts at the Singhs’ healthcare and financial services companies mounted and the brothers were unable to recover loans to the guru’s family to bridge the gap, their business empire hit the rocks; in 2016, the brothers’ borrowings stood at $1.6bn, which they were struggling to cover.

The $500m payment to Daiichi ordered by the Singapore arbitration panel was reportedly the blow that pushed the Singhs to the financial wall, as their cash flow dried up with lenders refusing to extend any more credit.

Lately, events have taken an even more sinister twist, according to the Indian media. The police complaint filed by Malvinder on Feb. 5 alleged the guru’s lawyer warned him he “would be eliminated” if he didn’t absolve the spiritual leader of any wrongdoing. Malvinder also accused Shivinder “in collusion and connivance” with the guru and his family to illegally divert funds from the Singhs’ family holding company to Dhillon.

Malvinder said Shivinder was motivated by “his greed to become the next spiritual head of the Radha Soami Satsang Beas,” the movement headed by the guru that claims four million followers worldwide. Police have said they are investigating Malvinder’s complaint, while Shivinder has said any accusations leveled by his brother against him are baseless. There has been no public comment from the guru’s side.

From discovery to patent expiry, and coverage spanning both ethical and generic drugs, Medtrack has you covered. Stay current on key financing, drug and biologics development and drug manufacturing information, all with a single tool.