Industry Makes A Drug Price Transparency Push In DTC Ads, But Is It Too Little Too Late? 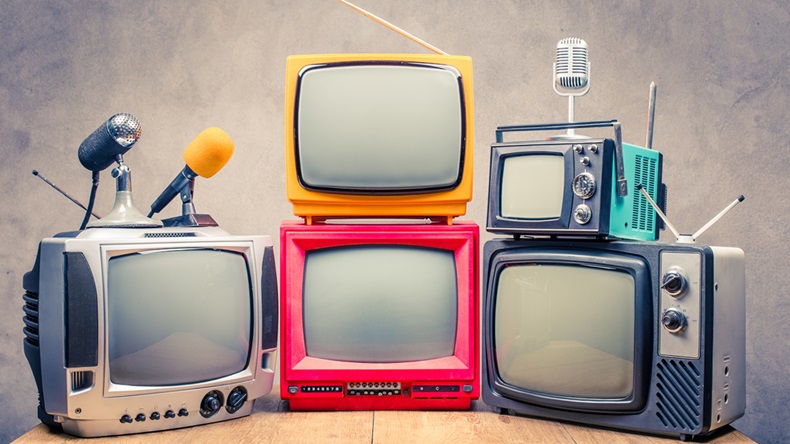 An initiative that has industry stepping up to make drug pricing information readily available in the US has been a long time coming in the eyes of some patients and other stakeholders. Now a first stab by the Pharmaceutical Research and Manufactures of America (PhRMA) to do just that has come only hours before HHS issued a proposed rule requiring drug makers to include list prices in TV ads for drugs.

PhRMA announced its new voluntary policy Oct. 15 under which its 33-member companies have committed to include details in direct-to-consumer television advertising about where patients can go to find information about a medicine's cost. The information, to be included in voiceover or text, will direct patients to either an existing product website or other platform to find out cost information, including the drug’s wholesale acquisition cost (WAC) and an estimate or range of potential out-of-pocket costs, as well as information about patient assistance programs. The policy will go into effect April 15, but the information could begin rolling out in ads sooner.

The move seemed like a smart play by PhRMA. It's largely a blocking tactic by the industry to defend against new policy from HHS that would require drug manufacturers to include the list price of a drug in DTC ads, an idea floated in the Trump Administration’s blueprint on drug pricing.(Also see "How Drug Promotion Might Change Under Trump's Rx Pricing Plan" - Scrip, 14 May, 2018.) But the voluntary action came too late to thwart a policy proposal – even though PhRMA's board adopted the new policy on Oct. 2.

HHS unveiled a proposed rule just hours after PhRMA's announcement, requiring drugs and biologics reimbursed through Medicare or Medicaid to include a product's WAC in DTC TV ads. The rule focuses on TV ads because it is an area in which the Supreme Court historically has recognized the government may take special steps to ensure viewers receive appropriate information, according to the proposal. It's unclear if the proposal would hold up to a First Amendment challenge, which industry is sure to put forward.

The voluntary policy developed by PhRMA would obviously be viewed more favorably by industry. Directing patients to a separate platform where drug manufacturers can present a larger range of pricing information beyond list price alone would be an advantage.

As PhRMA CEO Stephen Ubl explained during an Oct. 15 press call, including list price in isolation in TV ads would be misleading to patients since list price does not generally reflect the amount of money patients pay.

"List prices alone without additional context could discourage patients who are seeking medical care," Ubl said. "List prices are not a good indicator of what a patient will pay at the pharmacy counter since their insurer determines what they pay out of pocket." List prices also don't reflect the rebates and discounts drug makers pay to third-parties to offset drug costs, something industry has been working harder to educate the public about.

But as HHS laid out in its proposal, including the list price would "provide manufacturers with an incentive to reduce their list prices by exposing overtly costly drugs to public scrutiny," while also providing consumers with more information to make informed decisions.

Drugs Advertised On TV Only

HHS' proposal is also limited to broadcast ads, but the agency said it is requesting comment on whether or not it should be extended to radio, print and internet advertising.

The limitation condenses the number of drugs that will be impacted by the new policy, though there is nothing that would stop drug companies from expanding the policy to other products. Only certain products get DTC advertising; about 80 drugs each year are supported with some level of DTC advertising each year, according to the consulting firm ZS Associates. TV ads account for the majority of DTC advertising spend in the US, about 70% of $6.1bn in spend, ZS estimates.

One limitation with PhRMA's new policy is that the information that is provided to the public is at the discretion of the drug manufacturer. They will be expected to include the WAC, which is the publicly reported price submitted to the Centers for Medicare and Medicaid Services (CMS) to determine average sales price (ASP) calculations under Medicare Part B. But a WAC price isn't always set in stone and it can be difficult to translate to an individual user. Some drug costs vary based on dosing, patient weight or other factors, and companies sometimes present an average based on clinical trial experience.

The HHS proposal calls for the WAC price to be used in ads, and outlines some requirements for determining the appropriate price to use. It also says a TV ad could include a competitor's product list price as long as it is done in a "truthful, non-misleading way."

As for the PhRMA proposal, the other information about patient cost will be at the discretion of the drug manufacturer. That information will be even harder to define – since patient cost varies so dramatically based on an individual's insurance – and could give the manufacturer a new platform to outline costs directly to a patient.

PhRMA said drug manufacturers would also provide information about copay assistance programs, which could be another valuable commercial opportunity for drug makers. Copay cards, for example, help patients pay for expensive medicines, but can be a thorn for insurers, which often view them as discouraging patients from taking cheaper medicines.

The pricing transparency initiative could backfire on the industry, if it is viewed by stakeholders as a marketing vehicle at a time when pharma is under intensifying pressure to curb drug prices. On the other hand, more transparency on pricing could help patients view drug manufacturers as a more trusted source for drug pricing information.

PhRMA also announced it is launching a new partnership with consumer, patient, pharmacist and provider groups to develop a new patient affordability platform that will launch in early 2019. The new platform will include resources publicly available information around medicine-specific drug costs, patient assistance and navigating insurance coverage.

Industry's initiative didn't thwart an HHS policy, but the formal proposal has a long way to go before it is finalized, and even then, it's unclear if it will hold up in court. PhRMA's proposal could be the one that sticks.