Results of the CULPRIT-SHOCK trial presented at the Transcatheter Cardiovascular Therapeutics conference in Denver confirm that patients with acute myocardial infarction complicated by cardiogenic shock are better off treated with culprit-lesion-only percutaneous coronary intervention rather than multivessel stenting, which is currently recommended in the European guidelines. 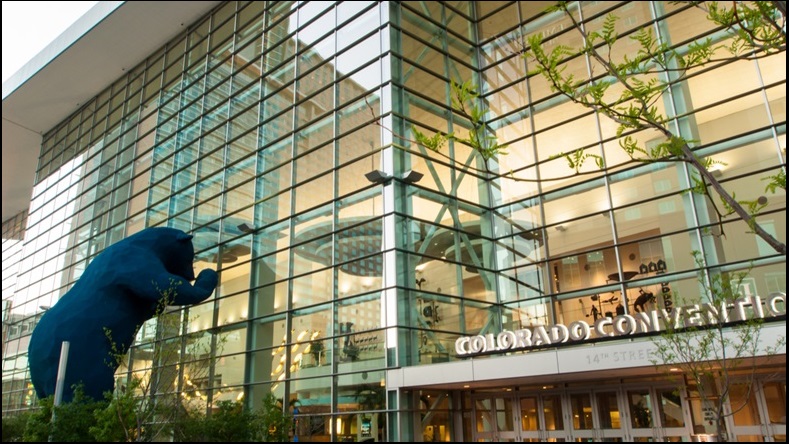 Fewer stents are better than more for the initial treatment of patients with multivessel coronary disease suffering an acute myocardial infarction (AMI) complicated by cardiogenic shock, according to new randomized trial results. Existing professional guidelines are likely to change due to the findings, which were presented Oct. 30 at the Transcatheter Cardiovascular Therapeutics (TCT) scientific symposium in Denver and simultaneously published in The New England Journal of Medicine.

"With this landmark trial, I think we're going to take a step back and really try to limit the patients we treat with multivessel acute PCI," says Cindy Grines, Hofstra Northwell School of Medicine.

The results were reported by Holger Thiele of the University Hospital Leipzig on Oct. 30 at the TCT conference. "The major message from our trial is keep it simple. Do the PCI on the infarct-related artery and then look how the patient is doing later on and then you can do a staged revascularization," Thiele concluded.

The trial randomized patients with multivessel disease and cardiogenic shock to either culprit-lesion-only PCI with the option of staged revascularization procedures later, or immediate multivessel PCI. About half of enrolled patients had been resuscitated prior to randomization, with 62% presenting with ST-elevated myocardial infarction (STEMI). About 28% of the stenting procedures included mechanical circulatory support with intra-aortic balloon pump, extracorporeal membrane oxygenation, or circulatory assist devices, including Abiomed Inc.'s Impella 2.5 and Impella CP percutaneous pumps, and Cardiac Assist Technologies Inc.'s TandemHeart.

The primary endpoint was a composite of death or severe renal failure leading to renal-replacement therapy within 30 days after randomization. Safety endpoints included bleeding and stroke.

At the one-month follow-up, the rate of the primary composite endpoint was significantly lower in patients assigned to culprit-lesion-only PCI compared to immediate multivessel PCI (45.9% vs. 55.4%; p=0.01). There was also significant difference between the risk of all-cause mortality (43.3% vs. 51.5%; p=0.03) between the culprit-only and multivessel groups. There was a trend toward a difference in the rates of renal replacement therapy, but this did not reach statistical significance (11.6% vs. 16.4%, p=0.07).

Thiele further pointed out that the patients treated with Impella circulatory support showed a trend toward worse outcomes, even though the Impella improves circulation in these patients. "[The worse outcomes are] not because of Impella, but because of selection bias - the investigators felt, 'ok, this is a patient who is extremely sick and they have a very high mortality risk.' And that's the reason why they implanted the Impella. We have to do further analysis of this."

Currently, some professional guidelines favor more complete revascularization of all vessels in these patients, Thiele explained. 2017 guidelines from the European Society of Cardiology on treating patients with AMI identifies multivessel PCI in this population as a IIa-C recommendation, indicating that the weight of the existing evidence and expert consensus is in favor of the treatment based on small trials or registries. Also, 2016 guidelines from the American College of Cardiology and other societies state "PCI of a noninfarct artery may be considered in selected patients with STEMI and multivessel disease who are hemodynamically stable, either at the time of primary PCI or as a planned staged procedure." This recommendation is rated IIb, meaning it is a "weak" recommendation based on moderate-quality data.

"It's hard to believe that an economic analysis would not show this is cost-savings as well," says David Cohen, Saint Luke's Mid America Heart Institute.

Thiele said evidence of a mortality benefit with the simpler culprit-lesion-only approach versus the multivessel approach will lead to changes in the professional guidelines. "We know from registry data that in clinical practice – both in the US and Europe – multivessel PCI is currently only used in about 20% of the patients," he said. "We've stopped doing multivessel PCI in patients with cardiogenic shock [at our center]. We are now only doing culprit-lesion-only PCI and then we assess the patient later on to see if the patient really needs additional staged revascularization. These data are so convincing with a mortality reduction. That's why we stopped doing multivessel PCI in these patients."

"This is a landmark study and it will absolutely change our practice," Cindy Grines of Hofstra Northwell School of Medicine in East Garden City, New York, explained. "The registry [data] always suggested that there was higher mortality [with multivessel PCI] and that the benefits of multivessel PCI in the acute setting were only a reduction in recurrent ischemia. So, with this landmark trial, I think we're going to take a step back and really try to limit the patients we treat with multivessel acute PCI. That's not to say they won't benefit from a staged procedure, and we may have some subgroup analysis that shows who may benefit from that. But for right now we should take a step back and just treat the culprit."

Other cardiologists at TCT agreed that the trial results will change how physicians approach these patients in many cases. "This will change practice. This is a very important study," Jonathan Hill of Kings College Hospital in London said during a press conference at the meeting.

Hill agreed with Thiele that many interventionalists already suspected that culprit-only PCI was the better option for these patients. "It's already been implemented from a practical perspective. Most of the decision-making about multivessel revascularization is made on a pragmatic basis."

David Cohen of Saint Luke's Mid America Heart Institute in Kansas City, who has conducted many cost-effectiveness studies of cardiovascular procedures and technology said he is confident that performing more culprit-lesion-only PCIs instead of multivessel PCIs will save the health care system money.

"This is an easy health-economic question," he said. "I haven't seen any health economics or length of stay information or anything like that, but this looks like a clear place where 'less is more' - Less resource utilization during the initial procedures and better outcomes including mortality and renal replacement therapy – both of which are very expensive. It's hard to believe that an economic analysis would not show this is cost-savings as well."