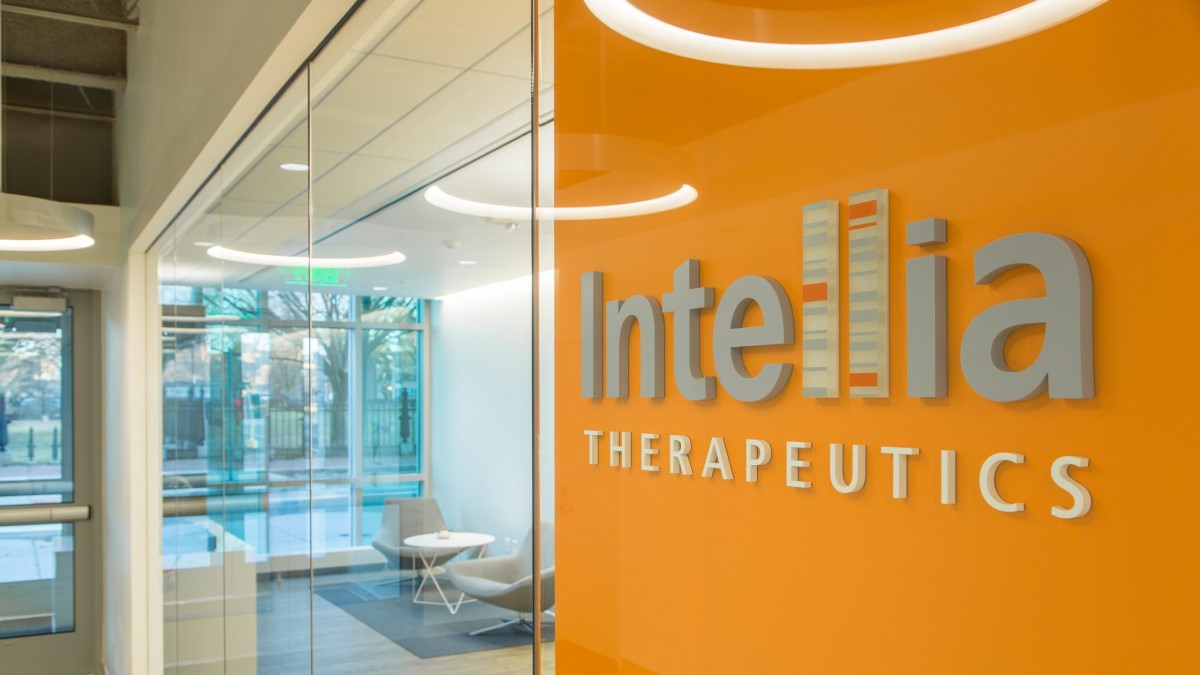 Intellia's in vivo CRISPR therapies could rival other modalities, such as viral vector-based gene therapies and RNAi therapies.(Source:Intelllia)

Landmark results from the first in vivo CRISPR gene-editing therapy have been unveiled by Intellia Therapeutics and Regeneron, and could put them at the forefront of a medical revolution.

Six patients living with hereditary transthyretin amyloidosis with polyneuropathy (hATTRv-PN) were given in the CRISPR/Cas9-based therapy candidate NTLA-2001 which ‘edited out’ the single gene causing their condition, and showed encouraging early safety and efficacy results, which suggest it could outperform existing therapies.

While the first ex vivo CRISPR-based therapies (where cells are gene-edited outside the body and re-infused) began several years ago, the NTLA-2001 study marks the first time the technology has been used to eliminate a disease-causing gene inside the human body.

The Phase I results published in the New England Journal of Medicine on 26 June showed the one-time gene therapy led to dose-dependent reductions in serum levels of transthyretin protein (TTR), the misfolded protein, which accumulates in tissues throughout the body and causes the debilitating and often fatal complications of ATTR amyloidosis.

The results showed mean reductions in TTR of 52% among the three patients in a lower 0.1mg/kg dose group, and 87% in three patients receiving the higher 0.3mg/kg dose, including one patient who achieved a 96% reduction.

Just as importantly, there were no signs that the gene therapy had any off-target effects in other liver cells, the primary safety concern in the field, or any serious adverse events recorded. However, follow-up was limited to just 28 days, and proof of long-term durability and safety of the therapy will be crucial.

The results are a milestone not just for ATTR patients, but also provides a first validation of Intellia’s in vivo technology, which used lipid nanoparticle particles (LNPs) to deliver the CRISPR/Cas9 therapy to liver cells.

The therapy comprises a two-part genome editing system: guide RNA specific to the disease-causing gene and messenger RNA that encodes the Cas9 enzyme, which carries out the precision editing.

"These are the first ever clinical data suggesting that we can precisely edit target cells within the body to treat genetic disease with a single intravenous infusion of CRISPR. The interim results support our belief that NTLA-2001 has the potential to halt and reverse the devastating complications of ATTR amyloidosis with a single dose," said Intellia CEO John Leonard.

"Solving the challenge of targeted delivery of CRISPR/Cas9 to the liver, as we have with NTLA-2001, also unlocks the door to treating a wide array of other genetic diseases with our modular platform, and we intend to move quickly to advance and expand our pipeline. With these data, we believe we are truly opening a new era of medicine."

Shares in Intellia soared up 40% when trading opened on 28 June, based on confidence that the dose-dependent lowering of ATTR will translate into clinically significant improvements for patients – including the reversal or even cure of the disease.

Intellia is not the first company to have tested a gene-editing technology in humans: back in November 2017 Sangamo used its zinc finger nuclease technology to treat a patient with the rare genetic disease Hunter syndrome, but its candidate, SB-913, failed to show efficacy.

The results are also significant in commercial terms because they could lead to NTLA-2001 becoming a direct rival to Alnylam’s ‘gene silencing’ RNA interference (RNAi) therapy Onpattro (patisiran), which has been approved in hATTR since 2018.

Onpattro is administered via an intravenous infusion once every three weeks, and typically produces reductions in TTR of around 80%, a figure which NTLA-2001 exceeded in the three higher dose patients. Also licensed in this field is Ionis’ Tegsedi (inotersen) an antisense oligonucleotide drug.

Intellia will move ahead with dose escalation to determine whether a higher dose could result in a deeper reduction in disease-causing protein levels, and in turn potentially greater clinical benefit. It is already enrolling a third cohort who will receive a much higher 1mg/kg dose.

Once an optimal dose has been identified, the company expects to begin a single-dose expansion cohort in Part 2 of the Phase I trial later this year. Once the Phase I study is complete, it plans pivotal studies with endpoints in both polyneuropathy and cardiomyopathy manifestations of ATTR amyloidosis.

That would also allow it to challenge Pfizer’s Vyndaqel (tafamidis meglumine), which has been growing fast in ATTR cardiomyopathy (ATTR-CM) since its US approval two years ago.

Intellia said its therapy could trump all these existing therapies, potentially providing permanent and ”profound” knockdown of TTR, without the need for chronic therapy.

Asked on a 28 June call with analysts about whether NTLA-2001 could be another eye-wateringly expensive therapy which could face resistance from payers, Leonard indicated this speculation was far too early.

“I hear a lot about pricing; as we never offered an approach or a price, that is a straw man put up by people, who do that at their own peril.”

While Intellia’s shares soared on the news, there was little or no impact on Regeneron’s share price. The big biotech company signed a deal with Intellia back in 2016, giving it the rights to discover and develop CRISPR-based products against up to 10 targets.

Also in Intellia’s in vivo pipeline is NTLA-2002 for hereditary angioedema (at the IND-enabling stage). The company also has an ex vivo CRISPR therapeutic pipeline, the most advanced candidate being OTQ923/HIX763 in early clinical development in sickle cell disease, and partnered with Novartis.