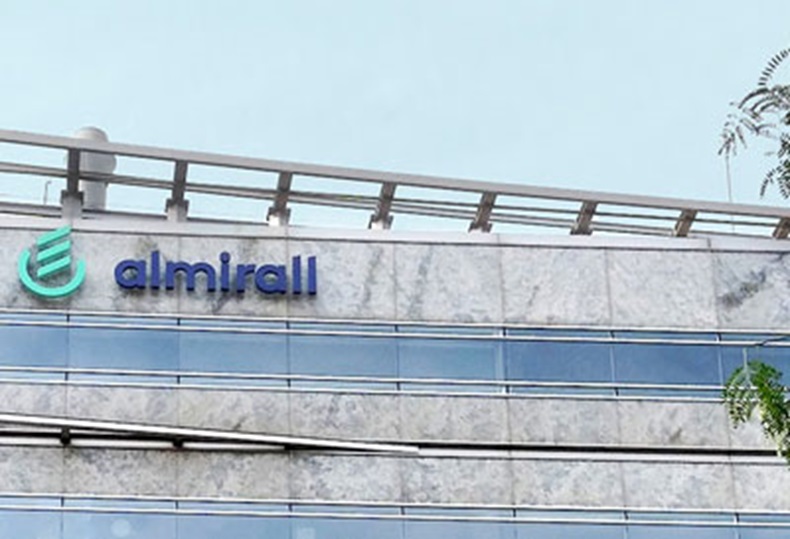 Peter Guenter has just finalized his five-year plan for Almirall SA after taking time to understand the company in his first seven months as CEO. In his first exclusive interview since joining the company, he tellsScripabout his vision for the dermatology-focused, family-controlled Spanish company. 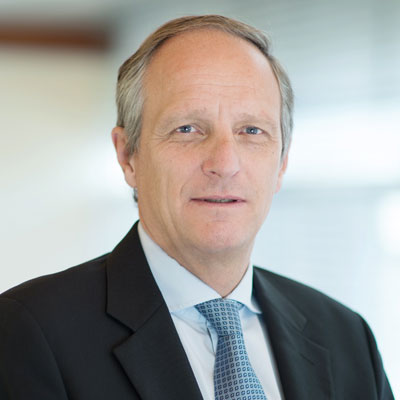 When Guenter's appointment was announced, Almirall was reeling from damaging developments in its US business which had dragged down its sales and earnings and forced it to lower its financial guidance for 2017. Not only had generic competition struck the antibacterialActiclate(doxycycline hyclate), an important product in the US, but its Aqua Pharmaceuticals business there (now renamed Almirall US and under new management) was hit by inventory destocking and wrongful use of its patient assistance programs by some pharmacies, and the ThermiGen aesthetics business, acquired in 2016, was also under-performing. (Also see "Almirall Knocked Back By US Woes, Could Affect Other Companies Too" - Scrip, 10 Jul, 2017.)

The former president of Sanofi's diabetes and cardiovascular business unit took the helm at Almirall in October 2017. By mid-November 2017, when the company announced a delay in the expected European approval of its psoriasis drug tildrakizumab, the firm's share price had sunk to €7.56, down from €16.60 only six months earlier, before the US revelations broke. Since then, however, Guenter has overseen a gradual but important recovery, with the share closing at €11.55 on May 21, 2018, a few days after Almirall unveiled first-quarter results that beat analyst expectations.

Guenter's plan for Almirall's recovery sees the US business put on the back-burner for the time being, even if he recognizes the importance of the US market for the future. Instead, the focus is on building a strong franchise in dermatology in Europe and having a more robust attitude to the competition.

"I come with a vision of thinking bigger," he told Scrip. "I want to change the culture in the company to be bolder, to instill a confidence in the teams. We have good assets and we should not be shy."

High on his list of priorities is to "beef up some capabilities," being bolder and more ambitious, and smooth the transition and collaboration between the commercial and R&D teams at Almirall. "People are well organized in terms of interaction," he noted, "but sometimes lacking in ambition and thinking big. Great assets drive great franchises. I want us to go from 'play to play' to 'play to win'."

He went on: "I'm also in the final phase of looking very deeply at a strategic refresh. We need to be bolder on the level of innovation, both in R&D and commercially." This will involve developing more new chemical entities, and potentially repositioning molecules from other therapeutic areas. But incremental change like tweaking concentrations and reformulating existing products for the same disease will be an increasingly "challenging" strategy for companies, he warned.

Like many executives who move from big pharma to smaller firms, Guenter appreciates the ability to make decisions faster in his new role. He is also appreciative of Almirall's ownership structure, which sees around two-thirds of its shares controlled by the Gallardo family who founded the firm in 1943. "The current chairman [and former CEO Jorge Gallardo Ballart] is totally involved and committed to the company," he pointed out.

Aside from its size and family ownership, what makes Almirall "unique", Guenter said, is that it comes with "a fully-fledged portfolio and a commitment to dermatology."

Our R&D engine is entirely dermatological, and that is important: it demonstrates that we are here to stay, and we are focused.

In particular, Almirall is building out a range of products for psoriasis, adding to its established topical treatment offering typically used in first-line treatment (for example, the vitamin D analog Curatoderm (tacalcitol)) with potentially more lucrative products for moderate to severe disease: first with the oral systemic treatment Skilarence (dimethyl fumarate) and ultimately with the injectable biologic interleukin-23 inhibitor tildrakizumab, which Guenter expects will beat class rival risankizumab (from Boehringer Ingelheim GMBH and AbbVie Inc.) to become the second anti-IL-23 approved in Europe after Janssen's Tremfya (guselkumab). He anticipates approval by late 2018 or early 2019.

Skilarence is performing strongly in its roll-out in initial European markets following EU approval in June 2017. The first oral fumaric acid ester product to be licensed by the European Medicines Agency, Almirall says it has now taken 50% of the sales by volume of Biogen Inc.'s Fumaderm (fixed dose dimethyl fumarate and other fumaric acid esters) in Germany, the only country where such a treatment is currently registered for moderate to severe plaque psoriasis. The product is also performing well in the UK, with the Netherlands coming soon. Later this year it will be rolled out to Southern European territories including Spain and Italy, where unlike in Northern Europe there is no previous experience of using fumaric esters to treat the condition, which means the uptake is likely to be more gradual. (Also see "Almirall To Position Oral DMF For Psoriasis Ahead Of EU Biologics Use" - Scrip, 24 Apr, 2017.)

"It's priced very responsibly, and significantly below [Celgene Corp.'s] oral treatmentOtezla [apremilast], so all over Europe we will have market access possibilities versus Otezla," said Guenter.

On its IL-23 inhibitor, noting that treatments cannot be compared outside of head-to-head studies, Guenter nonetheless highlights that tildrakizumab is dosed every three months versus Tremfya's two-monthly schedule. The product will also be up against Novartis AG's strongly performing anti-IL-17 productCosentyx (secukinumab) and Eli Lilly & Co.'s rival IL-17 inhibitorTaltz (ixekizumab). "You could say that IL-17s show faster onset of action, but psoriasis is a lifelong condition and durability, ease of use and long-term safety is more important," he said. "At the American Association of Dermatology meeting we published two-year safety data for tildrakizumab, and we will have longer data by launch."

Data aside, Guenter believes Almirall has an advantage because of its focused commitment to dermatology, a therapeutic area in which selling products relies heavily on establishing good connections with physicians.

"We are an outlier in the market in that we have a portfolio of products. Some of our competition comes to psoriasis from immunology, whereas we're rooted in dermatology, which is a very relationship-driven community. Our R&D engine is entirely dermatological, and that is important: it demonstrates that we are here to stay, and we are focused." Guenter believes that Almirall is in a position to build a strong relationship with dermatologists based on this total dedication to their area.

As the company prepares for the hoped-for approval of tildrakizumab, Guenter admitted the pricing landscape in Europe for novel antipsoriatic biologicals was "a moving target", with Tremfya only recently launched and Eli Lilly having recently adapted its pricing of Taltz in Germany. He said he was still working on the pricing strategy, but underlined that "Almirall has a reputation of pricing responsibly and competitively."

Guenter has worked with Almirall's head of R&D Bhushan Hardas – who joined in May 2017 after previously heading Allergan PLC's dermatology and aesthetics R&D – to review the company's pipeline portfolio. That resulted in a Phase III program (P3073) in nail psoriasis "which did not meet our criteria for continued development" being stopped and the company's P3058 Phase III onychomycosis program being focused "only on Europe because of the changing market environment," with US trials halted. Guenter acknowledged the now pruned pipeline was "looking a little bit empty" and that the company therefore "needs to get serious about late-stage in-licensing, as well as focus on its own R&D in preclinical and be more ambitious with the level of innovation we want to achieve.

"We are agnostic on invented here or not invented here," he explained, citing the December 2017 addition of the actinic keratosis candidate KX2-391 from Athenex Inc. for which Phase III results are expected in the third quarter of 2018 as an example of an externally sourced future growth driver (with peak sales potential of at least €250m). "This is a potential game changer for a condition in which current treatments are limited either by local skin reactions which can lead to discontinuation, or otherwise low efficacy."

"Further in-licensing of late stage assets is a very high priority," he said, and M&A is also on the cards.

"The good news is that the company has virtually no debt post the AstraZeneca PLC transaction [when the latter acquired Almirall's respiratory franchise for $900m plus up to $1.22 billion related to development, launch, and sales-related milestones milestones of $1.22 billion and royalties (not disclosed)]." (Also see "Flush with AZ cash, Almirall seeks dermatology assets " - Scrip, 30 Jul, 2014.)

"We have the firm intention to do a deal if the right opportunity arises, if it is immediately accretive and increases our critical mass in the big five European countries and the US," Guenter declared. "But we need the right opportunity in dermatology, and the right price." He revealed that he has been screening "lots of opportunities" but noted "even with the right appetite we will be disciplined."

On a separate front, the company has a "second leg" in its home country: it sells a wider range of products in Spain where its footprint is more significant, particularly in cardiovascular and diabetes. One recent addition that immediately added to its top and bottom lines was AstraZeneca's statin Crestor (rosuvastatin), and the firm has capacity for more such deals "which we can integrate at marginal cost."

Further afield, Almirall's business in emerging markets, where it operates through distributors, are performing well, growing at more than 15% in the most recent quarter.

In the longer term, the US should play a role again: the key milestone there will be the launch of the actinic keratosis product, slated for 2021 should all go to plan. "That is our bridge to the future for a more differentiated product platform in the US. But for us in the US right now, the name of the game is to keep our foot in the door. We want to increase critical mass there, but for now the real growth driver will be Europe."

Guenter concludes: "We've just finalized our five-year plan. As a standalone company, we have what it takes for good growth rates. But M&A would accelerate this growth even more. I’m confident, when we look back in five years’ time from now, that we’ll have brought Almirall to the next level."