Is Neuroscience Back In Vogue? Sanofi Preps For R&D Dominance

Sanofi is building up a neuroscience portfolio from its legacy multiple sclerosis and rare disease foundations by pursuing early-stage research in neurodegeneration, neuro-inflammation and rare brain diseases. Neuroscience professor and former Pfizer drug development leader, Rita Balice-Gordon, will use her academic assessment lens to find the best science and utilize patient groups to bridge the gap between research and neuro disease therapeutics making it all the way to market. 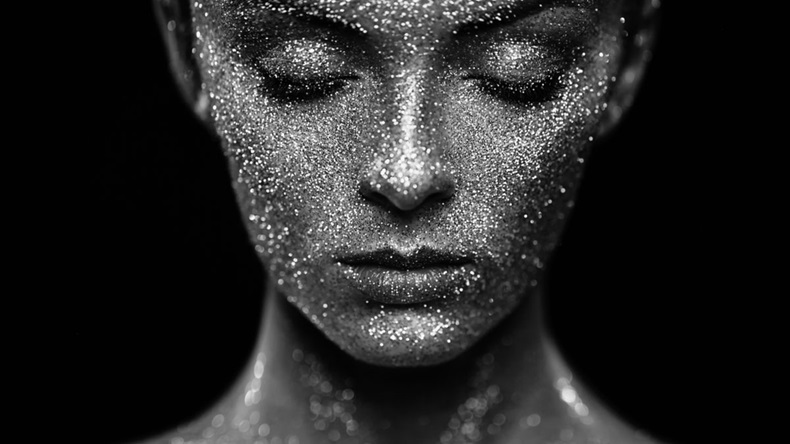 Advances in science are making neuroscience a more appealing research space, despite recent failures for highly anticipated neurology drugs, such as Eli Lilly & Co.'s solanezumab in Alzheimer's disease. Big biotechs like Biogen and Celgene Corp. are already investing in the area, but now French big pharma Sanofi is making its play and has grand plans to take the lead.

Rita Balice-Gordon, who joined Sanofi in 2016 to mastermind the company's neuroscience revival, spent more than 20 years in neuroscience academic research before making the move into industry. She joined Sanofi from Pfizer Inc., where she had previously led the US firm's psychiatry and pain drug development units. In her academic career, Balice-Gordon was focused on synaptic plasticity and synapse formation, both in normal development and what goes awry with those processes in the context of disease.

She told Scrip that it was Sanofi's desire to expand its neuroscience pipeline and its history with MS that drew her to the position of head of neuroscience at the business. While she highlighted Sanofi's profile in MS, with Lemtrada (alemtuzumab) and Aubagio (teriflunomide) as marketed products, Balice-Gordon also noted that the company was not currently known as a leader or investor in neuroscience as a therapeutic area. But advances in the field over the last decade are one of the reasons she believes Sanofi will have greater success in this space now.

Balice-Gordon highlighted better biomarkers for neurodegenerative and neuroinflammatory processes in the brain, as well as cutting edge imaging methods (which have been shown to be useful in early-stage clinical trials to demonstrate target engagement or the efficacy of compounds) as two developments that will speed up research in neuro.

"There has never been a shortage of really cool ideas in neuroscience research," she said, but it has taken time for some neuro-technologies to catch up. Historically high failure rates for transferring early research into the clinic has also held back pharma companies getting too deep into this field. "There is a lot that is understood about cells in the brain, how they interact with targets and pathways, and how they are related to disease. But this is a therapeutic area where successful translation to the clinic is about half of the rate of areas like diabetes, cardiovascular, metabolism or oncology," she said.

However, Balice-Gordon is convinced that if Sanofi uses its internal research and external expertise – from academics, biotechs, CROs and, importantly, patient advocacy organizations that are heavily invested in this translational stage – then the company will have a way to bridge this historic gap and bring the success of neuroscience therapeutics across Phase I studies and into later-stage trials. She noted that through its legacy expertise in rare disease, the company had a robust network of Sanofi Genzyme engagement with many patient advocacy and research organizations in rare diseases.

"The passion for neuro certainly exists at Sanofi, the foundations for a world-class translational neuroscience group are in place and there is a big willingness and interest to be strategic in building on that core further to have good mechanisms and potential therapeutics in the clinic," she said.

Early-stage research in neuroscience is plentiful according to Balice-Gordon, but she is being highly selective for Sanofi's clinical portfolio. "I find myself using a particular academic skill set repeatedly in my pharma life… and that is the skill set that one develops sitting on a grant review or National Institutes of Health (NIH) study section panel. I would hear dozens and dozens of fabulous ideas, cutting edge research, compelling preliminary data, really good credentialing of targets and pathways, and then have to select among them, essentially, the most likely to succeed."

Balice-Gordon will use this same lens to view and prioritize projects at Sanofi. She also asks herself a set list of questions about early stage projects to help find the diamonds in the rough:

Balice-Gordon noted though that one of the challenges for her taking on this role at Sanofi, was the competitive climate in the Boston/Cambridge/Framingham corridor in the US for recruiting the best and the brightest. "There is a tremendous wealth of opportunity, from start-ups to small biotechs to small and large pharmas and being competitive in this arena is something I think we need to be very mindful of as a company," she said.

Sanofi's neuroscience portfolio currently consists of three areas. The first is its legacy MS portfolio and early-stage programs in remyelination, neuro-protection and neuro-inflammation. Under this umbrella the company wants to expand into other neurodegenerative diseases.

The second part is a focus on genetic disorders in which the brain is the primary organ affected. This covers diseases such as Huntingdon’s, amyotrophic lateral sclerosis (ALS), neuro-developmental disorders like Angelman’s and Rett’s disease, and a handful of other neuro-rare diseases. Within this space, Balice-Gordon is keen to "reach into our bag of tricks with respect to modalities for therapeutics beyond small molecules which, I think, are the traditional play in neuroscience." Here Sanofi's neuroscience head will explore the use of antibodies, peptides, antisense and RNA interference (RNAi) therapies. She is also keen to advance in gene therapy, which she labeled as "particular interesting in the context of neuro-rare disease."

Thirdly, Sanofi has legacy expertise in neuro-generative disorders like Alzheimer's disease and Parkinson’s disease. "I am working with my colleagues to refocus these efforts on populations that we can identify and homogenize by the mutations that patients carry that predispose them to develop these diseases," Balice-Gordon said.

Balice-Gordon highlighted that Sanofi's neuroscience R&D team is focused on finding patient populations to test concept studies across nearly all areas of neuroscience research. She said the company would be "anchoring our work on human genetics that point us to tractable mechanisms." The company will seek patient populations that it can address in early clinical development for early signs of efficacy, before expanding into broader group of patients that either carry mutations that have yet to be identified or for whom the knowledge of mutations doesn’t currently exist.

"This is very different from what many other companies are doing in neuroscience because there are other players who have chosen to focus on the larger symptomatic populations, for example in Alzheimer’s or Parkinson’s, rather than focusing on the translational piece from the lab to the clinic," Balice-Gordon said. She noted that this strategy has been used successfully in oncology, where, for example, patients are routinely stratified by the genotype of the neoplasm that they have developed. "We are using this as a thread to run through neuroscience research at Sanofi, but it is not all of what we do," she highlighted.

The notable exception is MS where there aren’t established genetic drivers of disease, even though that landscape is evolving rapidly. "We know enough instead about the immune system/nervous system interaction to make some very educated guesses about mechanisms that are likely to be impactful to patients."

She added that Sanofi already had a rich data source of the impact of current medicines on the MS market, as well as a good biomarker strategy. "So the genetics, while it would be very enabling, is not as high impact as it is in some other disorders, for example ALS or Huntingdon’s disease."

Seeing through 2017, Balice-Gordon has three goals for her new unit:

Sanofi has a Lemtrada follow-on drug, which uses a similar mechanism to the originator product but a more streamlined mode of delivery, in Phase I development for MS. It plans to move into Phase II/III trials for this product shortly.

In the realm of Parkinson’s disease, the company has a Phase IIa glucocerebrosidase inhibitor program that started enrolling patients at the end of 2016. Balice Gordon said, "It’s very exciting for all of us interested in ways to potentially have disease modification in Parkinson’s disease." This compound, GZ402671, works by blocking the formation of glucosylceramide (GL-1), a key intermediate in the synthesis of GL-3. The trial will be the largest attempt so far to target treatment to this genetically defined Parkinson’s population. Sanofi is also testing the drug in Fabry's and Gaucher's disease.

The company also has a Parkinson's program in partnership with Voyager Therapeutics Inc. for a gene therapy treatment, targeting patients with late-stage disease. The lead compound is currently in Phase Ib trials and data is expected from this study by mid-2017.

Balice-Gordon also highlighted that the company has several early-stage programs ranging loosely from concept whiteboard all the way to leads that are poised to go into toxicology and safety studies – these are predominantly targeting MS, neuro-rare and neuro-degenerative disorders. However, Sanofi's neuroscience chief has already identified gaps in the company's early-stage R&D that she intends to fill through a two-pronged strategy. Firstly, she wants to build up the company's internal expertise in protein structure. "Many of the neurodegenerative disorders that we study are disorders of protein misfolding and we are building our expertise in protein structure, biophysics and the cellular machinery that deals with these misfolded proteins. I want to create a richer environment to think about targets that might be impactful in disease," she said. Additionally, Balice-Gordon is progressing Sanofi's internal expertise in brain cell function and cell-cell signaling to better understand how these are disrupted in disease.

The second prong of the strategy is to look at the external landscape. Balice-Gordon said she had an energizing week at the annual JP Morgan Healthcare conference in January this year, where she considered several early-stage partnership or acquisition opportunities. "We are planning to bring in external opportunities that fit with our strategy and that we think can help us accelerate what we’re doing," she noted, adding that she is in discussions already regarding a couple of opportunities for Sanofi. "I hope these conversations continue at a regular pace so that each year we are using both these internal and external drivers to build our portfolio."

As Sanofi continues down this path, compiling a fresh neuroscience portfolio, Balice-Gordon said the challenge will be "to build not only a research engine but also an early development engine that is ready to receive the best projects that advance through the research portfolio. We have this in us – we are working to build it – and we have the willingness from our commercial colleagues to be very broad in their thinking about the landscape and positioning these opportunities for success."